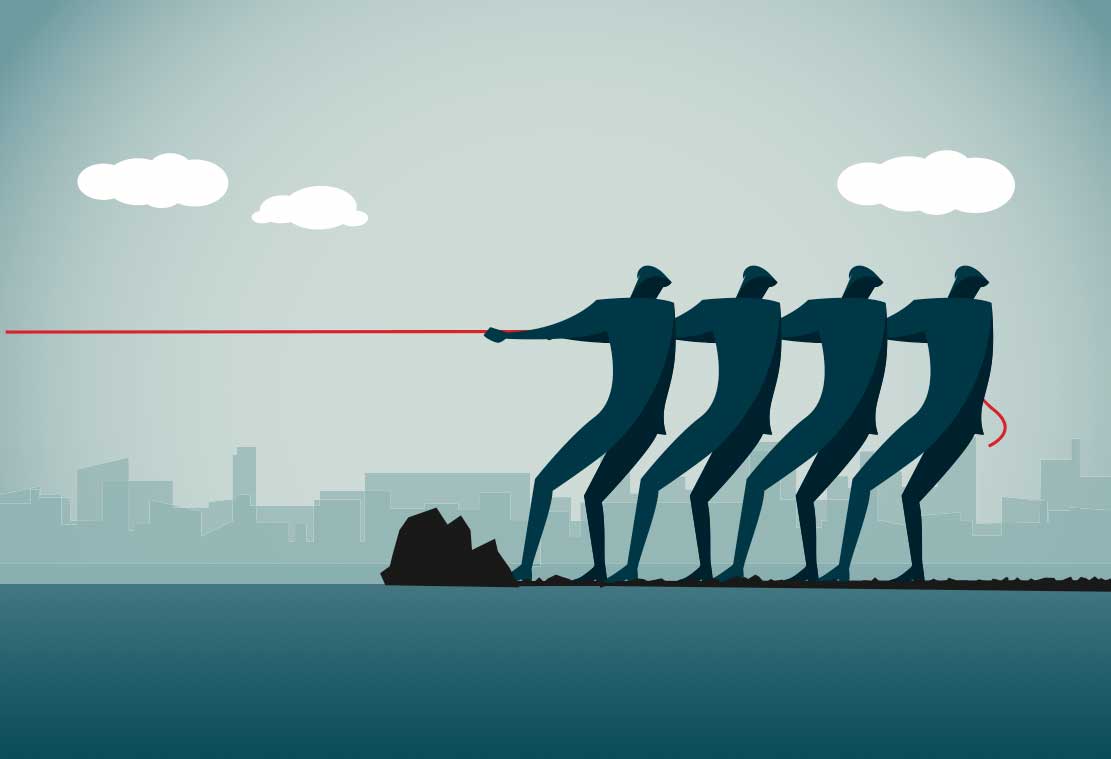 On the jacket of The Enduring Tension: Capitalism and the Moral Order (Encounter Books, 2021), author Donald Devine is described as "the last of the dozen intellectuals once identified as the 'leading lights' of the postwar fusionist reevaluation of conservative and libertarian thinking." Devine was an advisor to President Ronald Reagan and served as director of the U.S. Office of Personnel Management during Reagan's first term.

"Fusionism" is a word you have probably never heard or at least not heard in a very long time. In the early 1960s, it was the term given to an attempt by Frank Meyer, one of the founding editors of National Review, to unite the factions of the nascent conservative movement into a 50-plus-1-percent majority that could win elections.

Fusionism was a response to a conservative breakup that began not long after the movement started. In 1957, National Review published a review by Whittaker Chambers of Ayn Rand's Atlas Shrugged that might be the single most withering critique of a political book ever written by a man who agreed with most of what it had to say. Among those who have read the review but not looked at it for some time, I suspect there is one line you still remember: "From almost any page of Atlas Shrugged, a voice can be heard, from painful necessity, commanding: 'To the gas chambers—go!'"

The libertarian Rand never forgave National Review editor William F. Buckley for publishing that review, and her implacability contributed to a longstanding rift between the more tradition-oriented wing of American conservatism, represented by men like Chambers, Russell Kirk, and Eric Voegelin, and the libertarian wing, represented by Rand and the economists F. A. Hayek and (later) Milton Friedman.

Chambers was long suspicious of the American conservative movement, believing it was on a trajectory not sufficiently different from that of the communist system he had fled. He argued that nations, like men, must choose between God and man, and he worried that a capitalist materialism that delivered the goods put people in no better a position to make the right choice than did a Soviet materialism that did not deliver the goods. As he wrote some years later, "The West believes its destiny is prosperity and an abundance of goods. So does the Politburo."

For their part, libertarians feared that traditionalists meant to infringe on individual liberty by harnessing the powers of the state to advance their agenda. This was anathema to economists like Hayek, who penned "Why I Am Not a Conservative" as a postscript to his book The Constitution of Liberty (1960).

"Defection" would be the wrong word to use of Chambers and Hayek because it implies that they joined up with the other side, which neither ever considered. But what they both came to see, from two different and unrelated perspectives, was that the conservative movement and its so-called liberal opponents were ultimately, if unwittingly, working in tandem to move the country in the wrong direction. Consider this passage from Hayek's "Why I Am Not a Conservative":

It is that by its very nature [that conservatism] cannot offer an alternative to the direction in which we are moving. It may succeed . . . in slowing down undesirable developments, but since it does not indicate another direction, it cannot prevent their continuance. It has, for this reason, invariably been the fate of conservatism to be dragged along a path not of its own choosing. The tug of war between conservatives and progressives can only affect the speed, not the direction, of contemporary developments. But though there is need for a "brake on the vehicle of progress," I personally cannot be content with simply helping to apply the brake.

Few today could take seriously the suggestion that political conservatives and progressives are working in tandem, but consider how many self-described conservatives were unwilling to defend something as fundamental as marriage in the run-up to the Supreme Court's radical redefinition in Obergefell. Or consider the following from Patrick Ruffini, a prominent Republican strategist (and yet another National Review alumnus) who also signed an amicus curiae brief defending the redefinition of marriage. In a Twitter post containing a photo of Paris aflame from leftwing rioting, he wrote: "Neo-liberalism is basically good! But this is what happens when you don't have people on the right around to curb its worst excesses."