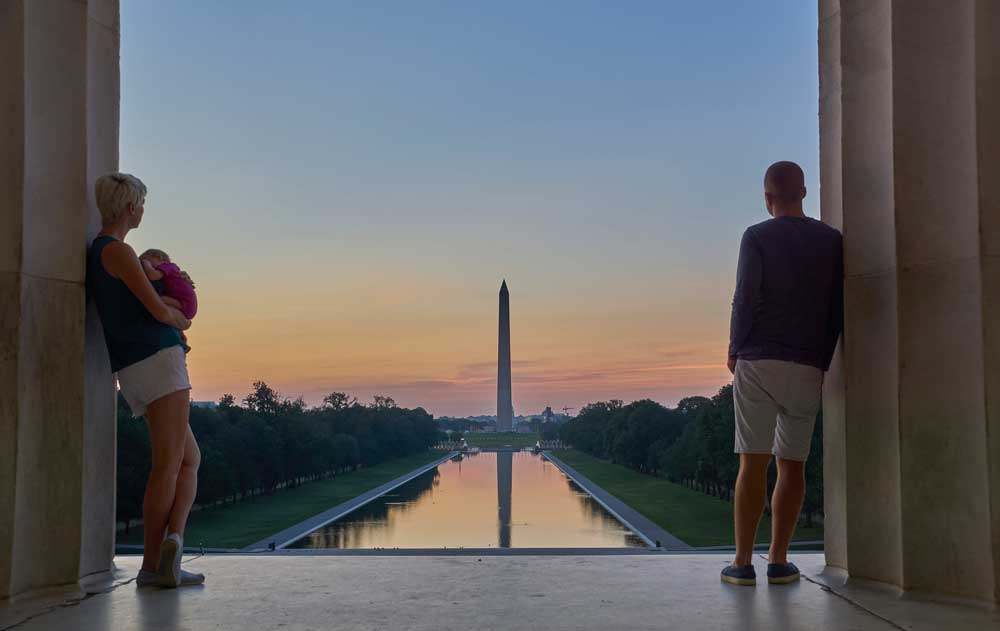 Allan C. Carlson on Families as the Province of Liberty

The "heteronormative" family, currently an object of frequent ridicule, is in fact a necessary foundation for progress, democracy, and ordered liberty. This is particularly so for Americans.

Visiting the still-young United States in the 1830s, the German traveler Francis J. Grund found a land characterized by "early marriage," "the sanctity of the marriage vow," many children, and "domestic happiness." Indeed, he argued that these family virtues were the "principal source" of successful democratic governance here. "The American Constitution is remarkable for its simplicity," Grund noted, requiring "a people habitually correct" in their home lives. Take that away, and the American experiment in free society would fail.

As Harvard historian Nancy Cott acknowledges, the founders showed a "Christian common sense" in taking for granted "the rightness of monogamous marriage," seeing polygamy, for example, as a mark of oriental despotism. John Adams added: "the foundations of national Morality must be laid in Private Families. In vain are schools, academies and universities instituted, if loose Principles and licentious habits are impressed upon children in their earliest years." Strong homes formed the nexus of liberty.

As the French observer Alexis de Tocqueville famously remarked: "There is certainly no country in the world where the tie of marriage is more respected than in America." Where his fellow Europeans attempted to forget their "domestic troubles by agitating society," Americans derived from their families that "love of order" which they then carried "into public affairs."

Of course, today's "progressive" culture gives no credence to figures such as Grund, Adams, or Tocqueville. All the same, old truths can sometimes break through in new ways. In his book Why Marriage Matters, Evan Wolfson—the acknowledged leader of America's "gay marriage" movement—admitted to certain biological realities. "After all," he wrote, "it doesn't take more than a fourth-grade health class education to know that men's and women's bodies in some sense 'complement each other' and that when a man and a woman come 'together as one flesh' it often leads to procreation."

Wolfson then seeks to explain why this recognition of the natural family no longer matters, without quite succeeding. For the argument must ultimately turn to human flourishing and the birth and wellbeing of children. And on these matters, the overwhelming record of the biological, behavioral, and social sciences is—and remains—clear: the best setting for healthy, happy, and enriching human lives is that of a family in which children are born into and live with their two biological parents who are married. Any chosen deviation from this model—cohabitation, divorce, out-of-wedlock births, remarriage, same-sex unions—raises the probability of negative outcomes—for adults as well as children. (I report this after serving for over two decades as editor of Marriage and Family Studies for Transaction, the "publisher of record" in international social science.)

Many Americans do not like to hear such things. They want to believe that personal choices bear no public consequences. For politicians committed to liberty and democracy, however, this record is important. For it is this distinctive family model that also produces citizens significantly less likely to seek public financial support. While I need note, in passing, that I strongly affirm the value of the New Deal's program of basic social insurance as necessary within an economy subject to business cycles, I also must report that members of natural families are the persons least likely to become long-term dependents on government largesse. They are more likely to aspire to, and gain, a valued economic autonomy and to comprise productive, working, taxpaying citizens. When they own their own homes and other property as a form of security, they are equipped to be independent citizens of a democratic republic.

Accordingly, political leaders truly committed to building and sustaining a flourishing free society will do whatever they can to maximize the number of children born into and growing up within such families, among all races and creeds. Family law, tax policy, and social insurance should favor such homes. Conversely, politicians who ignore or reject these social and political truths engage in a statistically framed kind of child abuse.

A Province of Liberty

At a deeper level, the natural family is a defense against tyranny. As the late English journalist G. K. Chesterton remarked, the natural family is an "ancient" institution that preexists all states. Despotic governments seek to isolate individuals from their families, the better to control them, to divide in order to weaken. However, family bonds are self-renewing, being grounded in human nature and resting on natural marriage.

The state-sanctioned slave system in America's past rested, in a significant way, on the attempted denial of marriage and family life to enslaved blacks. They were not included in the American family system described by Grund and Tocqueville. All the same, part of the long struggle by black Americans against their oppressors lay in efforts, often covert and often successful, to gain for themselves this very form of natural family life. After slavery's abolition, such strong homes enabled their embrace of free society.

"The ideal for which [the family] stands in the state is liberty," Chesterton concludes. It does so because it is "at once necessary and voluntary. It is the only check on the state that is bound to renew itself as eternally as the state, and more naturally than the state." It creates "a province of liberty" where truth can find shelter from persecution and good citizens can survive bad government. And indeed, the record of private life in the lands once subject to Soviet communist rule shows again how family solidarity played a vital role in those peoples' ultimate victory over state-sanctioned repression, this time called "scientific socialism."

In short, free society rests on free families formed through marriages open to the procreation and rearing of children. If liberty is the goal, there is no other way.