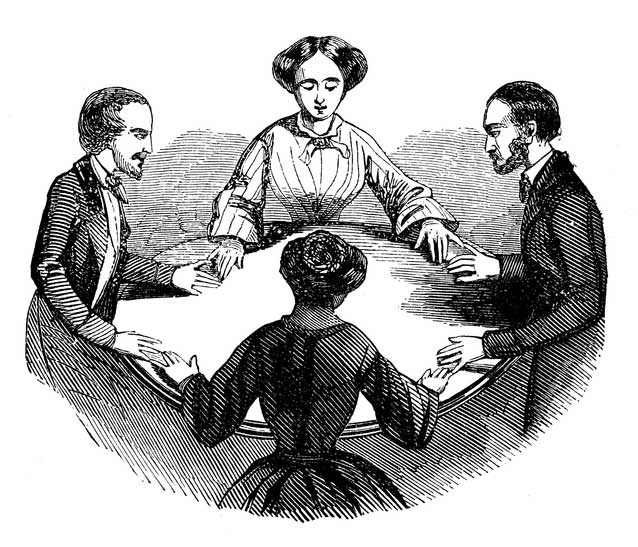 One of the things that's interesting about early twentieth-century Spiritism (and presumably that of the Endorian distant past and present as well) is how many otherwise rational people, like Arthur Conan Doyle, were interested in it. One of these was the wealthy businessman who decreed a magnificent church incorporating his beautifully situated summer home, at which I worked as a sexton in my early twenties. His library, which became the pastor's study, had a large collection on the subject, complete with photographic plates of oozing ectoplasm and the like. Cleaning around those fascinating books was extremely distracting.

Over the years I have come to think it probable that the real practitioners, a small percentage of the mostly fraudulent lot, are in league with low-grade demons, and that most of the debunkers, for their part, haven't an understanding of the cosmic order sufficient to see any more than the fraud. This and similar ships of fools have two decks upon which a game is run that is enjoyed by devils and two kinds of people, the skeptics and the true believers, whose souls are being traded for at bargain prices.