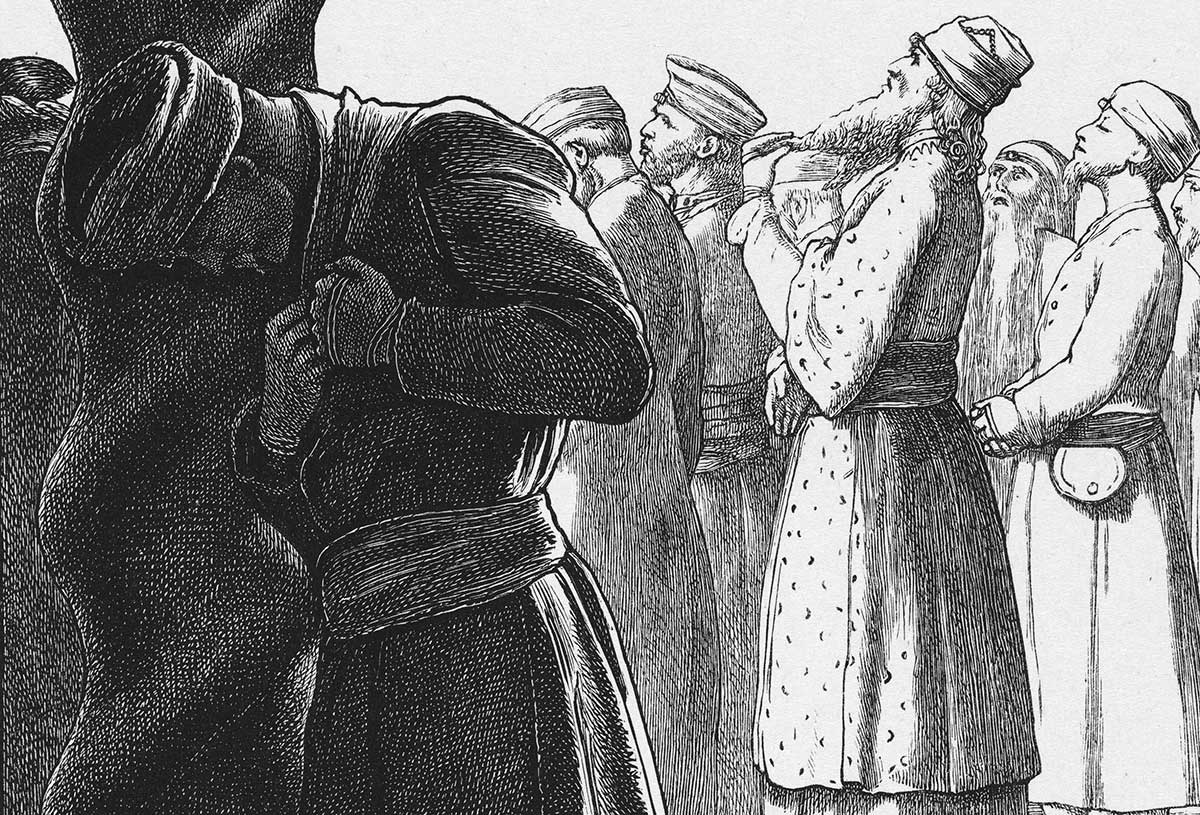 Alexander F. C. Webster on One Word That Explains the Current Delusions

We seem to have exhausted our vocabulary to describe the constellation of crises of radical left-wing provenance besetting America of late: extreme, unprecedented, extraordinary, unbelievable, outrageous, horrendous, despicable, frightening, ungodly, Orwellian, and so on. There is one word, however, that may capture our centrifugal culture of hypocrisy, lying, deception, vulgarity, hostility, rage, viciousness, malice, burning, looting, mayhem, destruction, statue-toppling, history-denial, economic class envy, race obsession, madness, and derangement. That word comes from my own Orthodox Christian spiritual tradition.

That word is prelest.

Prelest is how the medieval Slavonic language rendered the older Greek word plani ("wandering" or "going astray"). The fifth-century Greek scholar St. John Cassian translated the Greek plani into Latin as illusio to appeal to the Gauls in the Roman Empire in what is now France. The Latin word would suggest spiritual "delusion." But the root of prelest is the Slavonic lest—"flattery" in English. So we may also translate prelest as "self-flattery." It is a state of mind that leads a person to imagine that he is something that he is not—above all, that he is "holy" or "righteous" or "just" without question, or "holier than thou," as the pejorative English phrase would have it.

In a Russian television interview in July 2018, Professor Alexei Ilyich Osipov of the Moscow Theological Academy in Sergiev Posad explained prelest in this lucid way:

What does it mean when we say, "I flatter myself?" It is not in the sense that I try to convince myself that I am so good, that I am the best in the world. No, you don't even need to convince me, I know that I am good. And it's not at all important to me if someone criticizes me for something; that person is simply a fool, he simply doesn't understand that I am good. That's what it's all about! Well, there are stupid people, it's true. Who is stupid? The one who criticizes me. He doesn't appreciate that I am the best in the world. . . . Prelest is that state in which a person sees himself as a saint. Perfect. Worthy of God, worthy of all God's gifts. . . .

In the Cloisters & Beyond

In the ancient Church—and enduring in Orthodox Christianity to the present—many Church Fathers and spiritual elders have warned monks and nuns, in particular, of the temptation of prelest. Those who embrace the monastic vocation in "fulltime" pursuit of a life of ascetic self-denial, cultivation of the virtues, holiness, and spiritual perfection are, ironically, more likely to succumb to spiritual delusion and self-flattery by regarding themselves as pious saints in the present moment.

I say ironically, because the situation is, prima facie, an inevitable, no-win paradox for monks and nuns. How can they not rejoice in and take satisfaction from their progress on the spiritual path to theosis (i.e., becoming more and more like Christ and, therefore, increasingly like God, without, however, reaching equality with God)? Ought they to slow down that progress lest they become puffed up and fall into prelest? Of course not! As any spiritual father knows, the simultaneous cultivation of the virtue of diakrisis ("discernment") is also necessary for a monk or nun—or any Christian, for that matter—to focus consciously and always on Christ as the telos ("end") and to downplay one's own personal progress as merely a reflection of the glory of the Lord. It's all about Christ, not us.

St. Macarios the Great of Egypt (a.d. 391) saw the same temptation of prelest rampant beyond the monasteries and cloisters: "[A]s there is no person completely free from pride, there is no person who would be completely free from the action on him of a subtle delusion called 'conceit.'" As a false, grandiose understanding of oneself, prelest is most readily expressed to others through pride and conceit, but also through hypocrisy and lying.