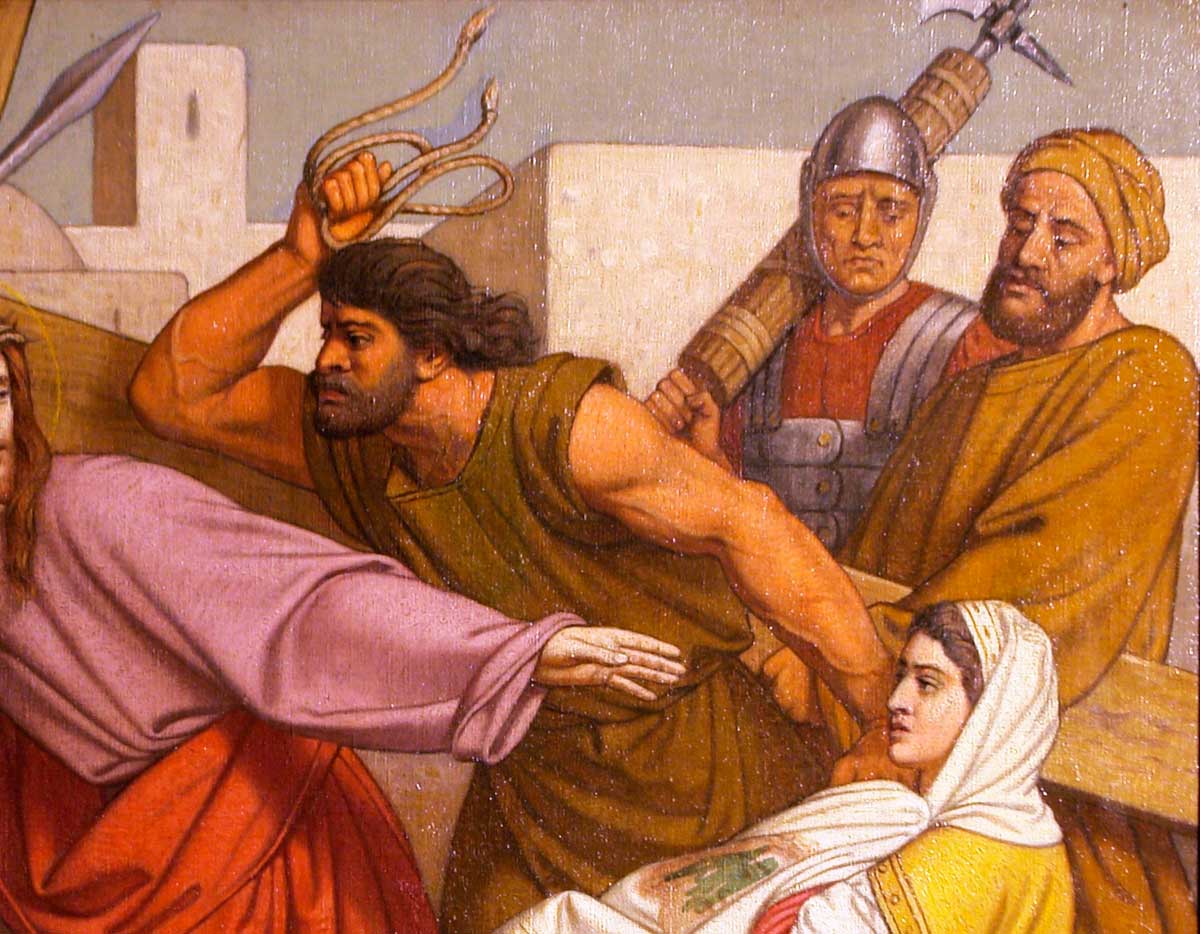 Made to Flourish? by Randall Otto

Randall Otto on Positive Psychology and the "Chief End of Man"

The Westminster Shorter Catechism (1647) famously opens by asking, "What is the chief end of man?" The answer, among the pithiest summaries of the purpose of life ever given, is, "Man's chief end is to glorify God, and to enjoy him for ever." The Westminster divines here followed John Calvin's emphasis in his first catechism (1538) that all human beings are made to know, love, and serve God: "All of us have been created in order to acknowledge our Creator's majesty and to receive it and esteem it, once acknowledged, with all fear, love, and reverence."

Recent developments in theology have decidedly changed that orientation, however. Instead of seeing the purpose of life as being centered on God, many now see it as being centered on humanity, even on the wider creation. Everything, we are told, has been made to "flourish." Humanity's chief end—indeed, the purpose of all things, it seems—is no longer to glorify God, but to flourish. To put it more forcefully, creation no longer seems to exist for God, but God for creation.

For instance, J. Richard Middleton of Northeastern Seminary in Rochester, New York, repeatedly speaks of the centrality of human and creational flourishing in A New Heaven and a New Earth: Reclaiming Biblical Eschatology (Baker Academic, 2014). In unfolding what he calls "the holistic and this-worldly character of God's purposes," he notes that "God's intent for human flourishing, grounded in creation . . . has been thwarted by sin," but he claims that the Old Testament, "through its portrayal of earthly flourishing," affirms the vision of a redeemed people living on a renewed earth "as the very purpose of salvation." He speaks of "the goal of earthly flourishing in Old Testament law and wisdom, and the prophetic expectation of this-worldly restoration" as confirming his "this-worldly eschatology," where the turn of focus away from heaven to earth comes with a concurrent turn from God and his glory as the focus of creation to creation and its "flourishing" as the focus of God.

Christopher Southgate of the University of Exeter, in The Groaning of Creation (Westminster John Knox, 2008), also puts the focus on creaturely flourishing, but sees it more ambiguously. According to him,

("A living creature 'selves,'" he explains, when, "behaving in its most characteristic way, and flourishing in so doing, it is conforming to the pattern offered by the divine Logos, the pattern of that type of selfhood imagined by the divine Word, and begotten in the Spirit out of the perfect self-abandoning love of the Father.")

More examples of the emphasis on "flourishing" could be cited in the writings of other theologians who place their focus on the earth's redemption.

The word "flourish" derives from Old French and Latin words meaning "to flower" or "to bloom," but by the fourteenth century it was being used as a synonym for "thrive," which may be its most common current sense.

Political philosopher Edward Younkins sees "flourishing" as an apt translation of what Aristotle meant by eudaimonia. "Desired for its own sake with all other things being desired on its account," he writes in "Aristotle, Human Flourishing, and the Limited State" (Le Quebecois Libre, Nov. 22, 2003), "flourishing [eudaimonia] is the highest good of human endeavors and that toward which all actions aim. It is success as a human being."

Psychologist Martin Seligman, the founder of Positive Psychology, also believes that  flourishing is the aim of life. In his book Flourish: A Visionary New Understanding of Happiness and Well-Being, he describes flourishing as resting on five pillars (using the mnemonic PERMA): Positive emotion, Engagement, Relationships, Meaning, and Accomplishment, each of which is valued for its own sake, not merely as a means to some other end. The precise ideas involved in these pillars need not detain us; the point is that Seligman's focus is on the individual and his personal sense of well-being, on how to live one's "best life." In the years since Flourish was published in 2011, others have suggested additional pillars, including purpose, autonomy, self-acceptance, optimism, mastery, resilience, personal growth, and vitality, among others, and some also factor in spiritual and financial health. But always a this-worldly focus is maintained.

Much of this may well be beneficial from the limited perspective of secular psychology, but it appears rather egoistical when viewed from a Christian perspective; indeed, it is not far from the health-and-wealth teaching of the prosperity gospel, except that it is broadly applied to all of humanity, and even to all of sentient creation. Seeking personal satisfaction may be the way of the world and the flesh, but it seems wholly at odds with the call to deny oneself, to take up one's cross and follow Jesus, to lay down one's life as a sacrifice, to be willing to suffer the loss of all things for the sake of the gospel, to be crucified with Christ.

The Teaching of Romans

Yet we continue to find, for instance, Thomas Schreiner asserting in his 1998 commentary on Romans, that the non-human creation is groaning (Rom. 8:22) because it "has not fulfilled its purpose: the futility, decay, and frustration of the present world signal its incompleteness and failure to reach its full potential." Here Schreiner sounds eerily like Keith Ward, who, sixteen years earlier, maintained that "it is necessary that each sentient being must have the possibility of achieving an overwhelming good," that God owes final fulfillment to all aspects of creation (Rational Theology and the Creativity of God, 1982).

God owes no one anything beyond what he has committed himself to in his covenants, themselves grounded in grace. Assertions that God owes humanity or creation some "overwhelming good," call it fulfillment or flourishing or what you will, fly in the face of the dual emphasis in Romans (and the entire Bible) on divine sovereignty and gracious salvation. Such assertions also call into question the myriad ways in which God has acted in history to deny such fulfillment by destroying portions of creation, judging peoples, and bringing about premature death.

If one thing is clear in Romans, it is that God is under no obligation to humanity, much less to any other aspect of creation (cf. Rom. 9:14–29). Even the covenant people who strove for righteousness out of accord with God's purpose, but did so according to works of the law instead of faith, stumbled on the rock God himself had laid (Rom. 9:31–33). Rather, the doxology at the conclusion of Romans 11 serves well to summarize the doctrine of that book and the Bible as a whole:

Oh, the depth of the riches of the wisdom and knowledge of God! How unsearchable his judgments, and his paths beyond tracing out!

"Who has known the mind of the Lord? Or who has been his counselor?"

"Who has ever given to God, that God should repay him?"

God has created all things for himself, out of love and for his glory. He created man in his image, that we might know, love, and serve him, that whether we eat or drink or whatever we do, we would do all to the glory of God (1 Cor. 10:31). Our chief aim in life should be to glorify God, regardless of how that affects our well-being, life satisfaction, or sense of flourishing. Our true fulfillment is in worshiping, serving, and glorifying the glorious God who has redeemed us in the person and work of his Son.

Randall Otto is in the affiliate faculty in religion at Southwestern College in Wichita, Kansas, a mentor in humanities at Thomas Edison State University in Trenton, New Jersey, and a visiting professor in critical reasoning at Chamberlain School of Nursing, global campus. He has also served for nearly thirty years as a Presbyterian pastor.