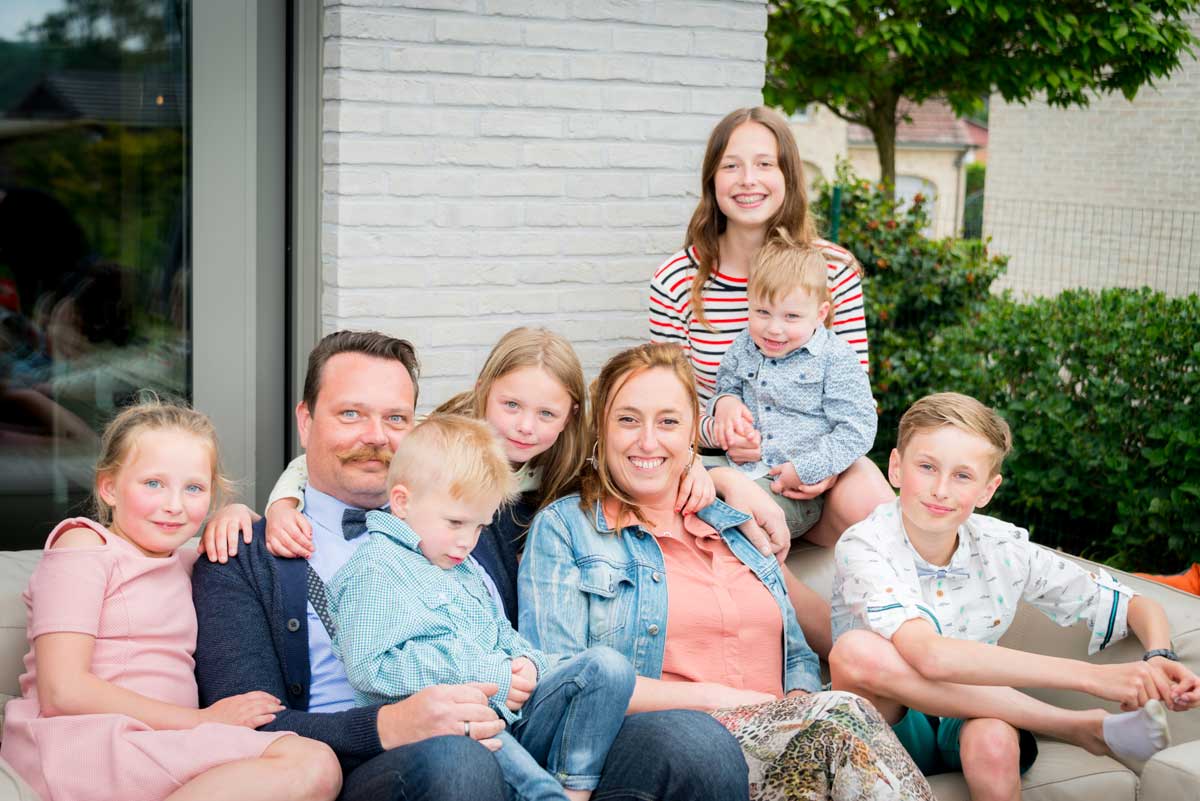 Conventional wisdom knows of two types of big families: the trainwrecks, and the weirdos. The trainwrecks are easy to spot by their smudgy spawn, balding mommas, and lawns twinkling with bicycle fragments. The weirdos need not appear outright antisocial, except to the extent that those who outperform others are irksome. A crowd of homeschooled siblings exchanging bon mots in old Slavonic is all the proof we need that having more than two kids is not for normal people.

Fecundity is a normal mark of religions because religion is inherently hopeful, and so is procreation. Although Christians have faced controversies to the point of schism since Galatians 2, procreation as a positive good was a rare point of catholic consensus until the first part of the twentieth century. This is not to say that the propagation of the species was easy before 1930. In fact, the developed world is the richest, safest environment into which mothers have ever brought forth children. Our comparatively excellent situation is the one reasonable people find too dangerous and expensive for reproduction. Adherents of historically natalist religions are only slightly more likely to have more than 2.1 children.

This sea change in Christian thought has marooned those who hesitate to accept the novel practice of default contraceptive use. Such people are left without guidance and help largely because they are without sympathy. Their experience and beliefs are so far removed from conventional thinking that their willingness to receive children cuts them off from their own families and churches.

Since discussions of family planning contort rapidly into hurt feelings, an impersonal frame of reference is needed to help us set our thinking straight. Literature depersonalizes the procreation question, while illustrating large-family difficulties beyond shortages of drumsticks. But we will have to dig a bit to find it. Rivka Galchen's 2016 reflection on maternity, Little Labors, includes a section titled "Literature includes more dogs than babies."

It is true that classic literature tends to skip over pregnancies and early childhoods. Characters and their mothers are added back into stories after the years of nursing and nappies, or the author employs narrative contraception to keep a valuable character from being lost to career maternity. A person who has put in such years understands why. Their monotony is so momentous as to become a consuming plot of its own, and not every novel has room. Remove the limit to such years that contraception provides, and the entire narrative (or at least a caregiving mother character) is hijacked.

Although the Western canon of literature specializes in war, betrothals, and public and personal politics, the exclusion of babies should not be overstated. The plot that menaces all others has received expert treatment from Elizabeth von Arnim, Vilhelm Moberg, and Enid Bagnold. Arnim is a pessimist, Moberg is a realist, and Bagnold is an optimist in showing the inner lives of couples whose measure of children runneth over. Whether these families are also shaken together or pressed down is the reader's privilege to discover.

Elizabeth von Arnim was a mistress of H. G. Wells, and a master of backhandedly incisive writing. Her 1914 novel The Pastor's Wife tells the story of Ingeborg, an Anglican bishop's daughter, who is pursued to the altar by Herr Dremmel, a twitterpated Lutheran worker-priest. Having achieved his aim, Dremmel takes Ingeborg to Prussia, where he recovers his ethnic taciturnity, and she has mostly cheerful days until becoming pregnant.

Here the author forgoes the expected plot for the less-traveled one, and documents the pregnancy. Arnim takes the reader through dragging months of sickness, distention, and fear. Ingeborg suffers excruciating conversations with veterans of her condition. She and Dremmel have hard talks about chloroform and doctors, topics on which both feel strongly: his wish to dismiss feminine medical novelties is as great as hers to embrace them. The child is born without detail, but Ingeborg fails to arrive at the expected Mutterglück. Arnim then portrays the most realistic onset and course of mastitis in literary fiction.

Many more Dremmels are generated amid the perils of early twentieth-century Prussia. Finally, Ingeborg hies to a doctor, who declares to Dremmel that Ingeborg's health renders additional pregnancies ausgeschlossen (excluded). The doctor's suggestion for coping (spoken just out of the reader's hearing) offends Dremmel. The already threadbare marriage reaches the limit then available to Christians.

Rebekah Curtis is the co-author of LadyLike (Concordia, 2015), and her essays have appeared in Touchstone, Chronicles, Salvo, Modern Reformation, and Lutheran Forum, among other publications. She attends a congregation of the LCMS.