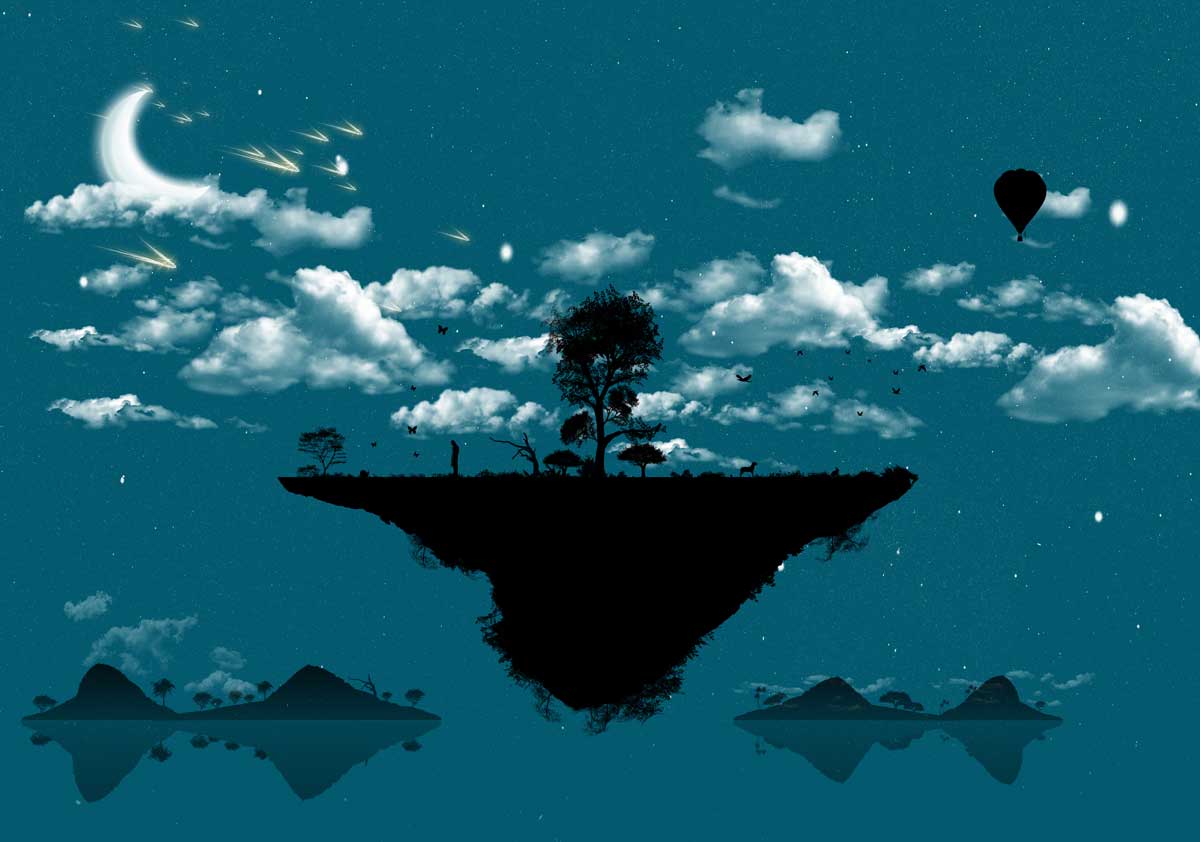 "Pilate's cynical question still demands an answer," writes Donald Williams in his November 2018 article Meaningful Truth, "and [C.S. Lewis'] is especially helpful. . . . So how did Lewis answer that question, and what does imagination contribute?"

It is our imagination, Williams writes, that does the work of finding things meaningful. To the observer who is without imagination, it doesn't really matter what is true because everything is equally meaningless. I am reminded here of G.K. Chesterton who wrote, "Do not be proud of the fact that your grandmother was shocked at something which you are accustomed to seeing or hearing without being shocked. . . . It may be that your grandmother was an extremely lively and vital animal, and that you are a paralytic."

Next comes reason. Reason is how we talk about what our imagination finds meaningful. Without reason we cannot connect the dots and explain ourselves. Nor can we tell a story. Pilate's famous question demonstrates a profound failure of both his imagination (his failure to see the meaning behind the trial of Jesus) and his reason.

(It is Pilate's wife Procla who sees the meaning and reasons with her husband when she proclaims "Have nothing to do with that righteous man, for I have suffered much because of him today in a dream.")

This, writes Williams, is what Lewis means when he called reason the "organ of truth." Myth is the story that allows other imaginations to receive and taste a way of seeing the world that reason can then confirm as true or false. And finally, what is true is that part of these stories or accounts that corresponds with reality.

And so says Donald Williams in Meaningful Truth, from the November/December 2018 issue.

After the storm there's a rainbow,
And all of the colors are black.
It's not that the colors aren't there;
It's just imagination we lack.
—Paul Simon

One thing that makes C. S. Lewis uniquely important as a Christian writer is the way he integrates reason and imagination in his expository writings as well as his fiction, all in the service of truth. But what is truth? Pilate's cynical question still demands an answer, and Lewis's is especially helpful because of the way it calls both Reason and Imagination into coordinated teamwork under Truth as their captain. So how did Lewis answer that question, and what does imagination contribute? It is more than just letting him write good stories to illustrate the truths he wants to communicate.

The Organ of Meaning

Lewis is solidly in the mainstream of Christian thinking about truth. Truth is a property of propositions such that they correspond with the state of affairs in the objective world that they purport to describe. Augustine and Aquinas, Calvin and Wesley, Cardinal Newman and Carl F. H. Henry would all have affirmed the same basic points, though not perhaps with Lewis's characteristically deft use of apt analogy. What Lewis adds to the discussion is some careful thinking about the relation of truth not only to reason but also to imagination. It was his experience and his conviction that "all things, in their way, reflect heavenly truth, imagination not least" (Surprised by Joy, 167). How exactly does imagination do so?

Some of Lewis's interpreters, influenced perhaps by the surface resemblance in language between Lewis and the English Romantics, have not paid sufficiently careful attention to the way Lewis answers that question. One reads statements such as "Lewis, like many Romantics, intuitively trusted the capacity of imagination to be a 'faculty of truth'" (Eliane Tixier, "Imagination Baptized," The Longing for a Form: Essays on the Fiction of C. S. Lewis, ed. Peter J. Schackel, 141).

What Lewis actually said when he analyzed the relation between imagination and truth was much more carefully and rigorously thought out:

We are not talking about truth but meaning: meaning which is the antecedent condition of both truth and falsehood, whose antithesis is not error but nonsense. I am a rationalist. For me, reason is the natural organ of truth; but imagination is the organ of meaning. Imagination, producing new metaphors or revivifying old, is not the cause of truth, but its condition. ("Bluspels and Flalansferes," Selected Literary Essays, 265).

Imagination is the faculty or organ not of truth (directly) but of meaning, which is the "antecedent condition" of truth. What does this mean?

Suppose I utter the proposition, "Blepple hloisats kleply flarg krunk bluzzles," and then ask you for a verdict on its truth or falsehood. I suspect you would be somewhat handicapped in trying to render that verdict by the minor problem that you would have no idea what I had said. Before you could even begin to form a judgment on the truth question, you would need to know what a hloisat is, how a blepple one differs from a regular one, what it is to flarg, what a bluzzle is, what is the quality of krunkness, and how flarging kleply differs from regular flarging. In order to give you that information, I would have to render these objects, qualities, and actions in concrete terms that you could visualize. Your imagination would be the faculty that enabled you to form a picture—an image—of what the proposition is asserting (or whether it is asserting anything). Then your reason could compare that mental picture to the picture of reality it has already tested and come to trust, in order to see if correspondence or contradiction resulted.

Imagination, in other words, doesn't give us truth. Reason for Lewis is the organ of truth. Just because we can imagine something does not make it real. But imagination combined with reason can give us meaningful truth, truth that impacts us on other levels besides mere intellectual assent. This is truth that can appeal to head and heart together. Lewis was the master of giving it to us, whether in his expository prose or his fiction. Examples abound: the hall and rooms of a house are an analogy for the Church and its denominations; two books that have always been resting one on the other for the eternal generation of the Son; the keys of a piano and a tune for the relationship between our instincts and the moral law; entrusting oneself to the waves and floating islands of Perelandra rather than sleeping on the fixed land for faith; the Stone Table for the Law and Aslan's death cracking it for the Gospel; Reepicheep the Mouse for valor, chivalry, and honor.