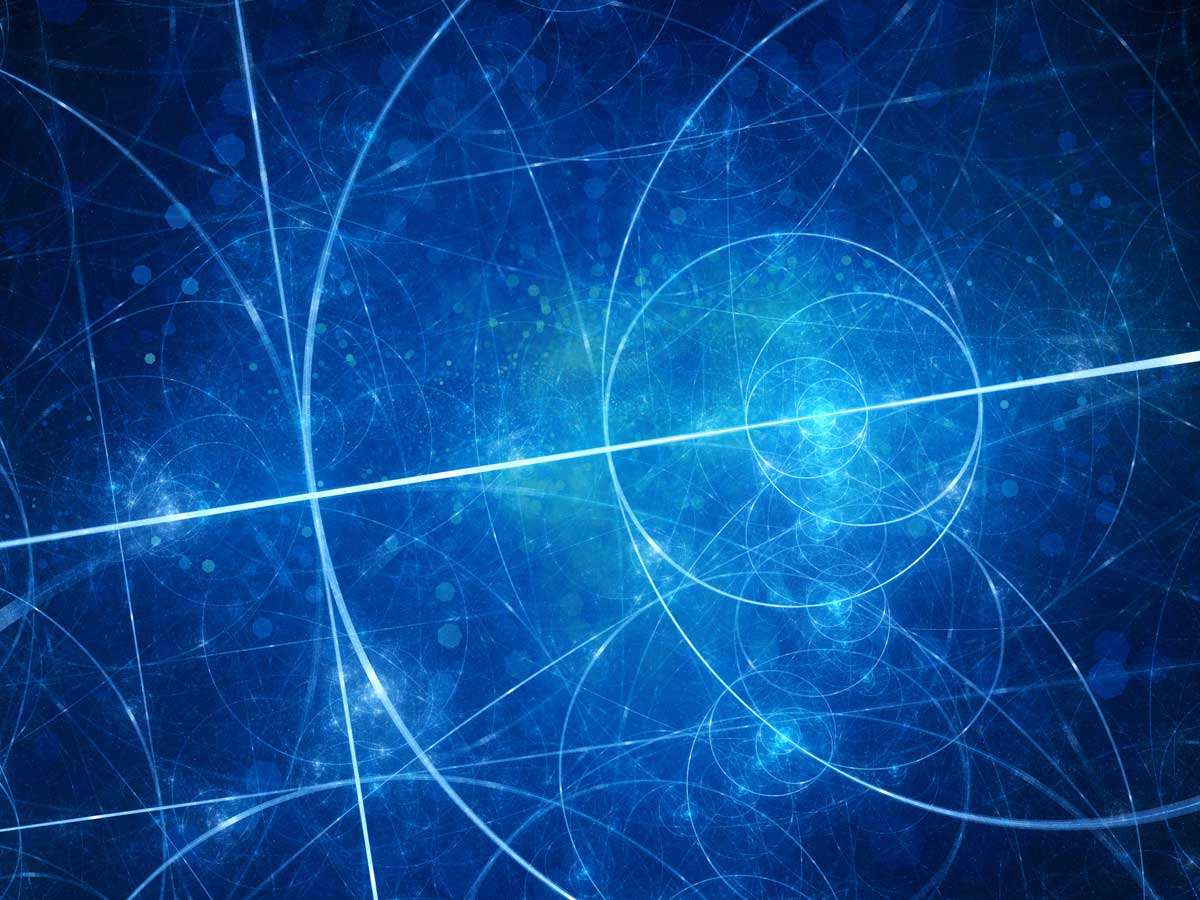 An Invitation to Look Outside the Box of Materialism
by Stanley E. Anderson

Much debate about science and religion centers on their purported conflict, as though they were rival boxers at opposite corners of the ring, ready to come out punching and may the best man win. A dominant modern view holds that religion is down for the count and science the looming champion. Another view suggests that science and religion address entirely different issues, as though the boxers have arrived at different venues and are wondering where their opponent has got to. But I think the analogy of a boxer with his trainer better represents their proper relationship.

Let me illustrate this with a different analogy. Imagine a patient who claims to follow only the instructions printed on his prescribed bottle of pills. The last instruction on the label reads, "If symptoms persist for more than two weeks, consult a doctor." The symptoms do persist, but the patient does not call a doctor because, he insists, any outsider's advice, even the instruction-recommended doctor's, is not part of the actual instructions on the bottle. No amount of directing his attention to that sentence will sway him.

As a Catholic, I have used this illustration, which I call "sola prescriptura" in gentle ribbing of my Protestant friends, to suggest that, just as the bottle's label "points" to the doctor, so Scripture points to the Church as its proper interpreter. But here I intend it to use it to illustrate the problem with the materialist worldview, which says of the physical universe, "This is all there is." For like the prescription bottle, the universe seems to have labels that point pervasively "elsewhere." That pointing is summarized in the familiar opening of Psalm 19, "The heavens declare the glory of God; and the firmament sheweth his handywork."

In scientific and mathematical arenas, that pointing has two contrasting aspects that I call wonderments and possibilia. I have pressed the word wonderments into service to refer specifically to wonder-filled ideas rather than to wonder itself or to physical objects evoking wonder. The somewhat arcane and academic philosophical term possibilia retains its meaning of "possible things." Both are meant to illustrate the plight of compressive obstructionists, a term I first coined as a parody of the clinical term obsessive-compulsive, but that I use here to indicate key qualities of the materialists' worldview.

Though similar in purpose, wonderments and possibilia work from two different angles, one from above and the other from below, as it were. Wonderments are not unlike a puddle newly discovered by a child after a rain; with wide-open eyes, the child simply wanders into one with sudden delight and starts splashing about. An additional aspect of wonderments is that (unlike the puddle) they are often not discernable as concrete or clearly definable things. Nevertheless, the very quality of being difficult to conceive can be one of the elements of the wonder they evoke. Speculating what colors beyond the visible spectrum might look like if we could but see in that range has some of this enticing, incomprehensible quality. In any case, an inquisitive "Oh, what is that out there?" sense is a defining aspect of wonderments.

Possibilia, on the other hand, are like the opening line from Robert Frost's poem "Mending Wall": "Something there is that doesn't love a wall." They respond to, or "operate on" already existing philosophical barricades, tearing down what I call "impossibility fences." Imagine a master detective's pedestrian-minded companion who, upon examining a crime scene, confidently declares that the prime suspect could not possibly have murdered the victim. But the master detective, undeterred, immediately rattles off several different scenarios that readily admit the possibility of the suspect's involvement. The companion realizes his hasty error and retracts his premature conclusion. It is important to note here that none of the detective's hypothetical scenarios may in fact be correct. Their purpose as possibilia is only to demonstrate the potential existence of previously blocked and unexplored avenues.

Two "Aha!" experiences from my childhood may clarify the contrast between the terms and their purposes as I use them here.

At an early age, I was presented with this brain teaser: A grasshopper leaps one inch on its first jump, one-half inch on its second jump, one-quarter inch on its third jump, and so on, each consecutive jump being half the length of the previous one. How many jumps will it take the grasshopper to travel two inches?

I dutifully measured out with pencil, paper, and ruler each consecutive jump and arrived at an answer of seven jumps. As a check, I tried again and got eight jumps instead. Sharpening my pencil to a finer point, I tried again and got nine. What was happening here? I wondered. Suddenly, in a blinding rush of awe and excitement, I realized that the grasshopper would never make it to two inches—the answer was "infinity"! And not in the sense of "a whole bunch," as my more childlike mind had understood the word, but in the sense of truly being "without end."

Stanley E. Anderson holds a degree in mathematics and has worked in data analysis, IT, and quality assurance in the aerospace industry. He and his wife are converts from Anglicanism to the Catholic Church.

on Faërian Drama & the End of Enchantment by Rebecca Sicree