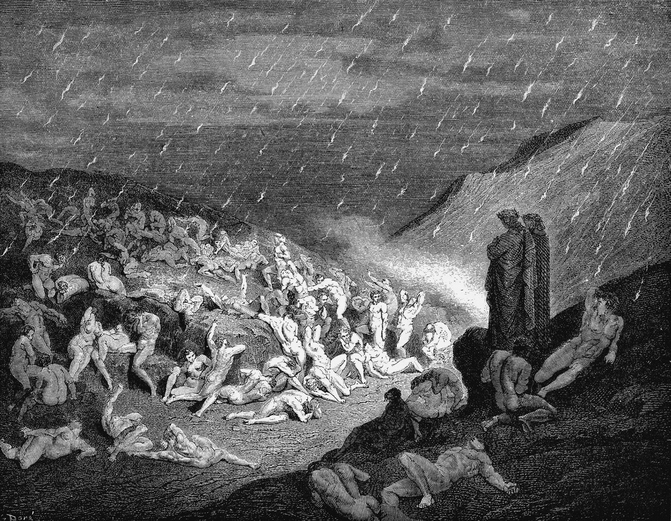 The Pity & the Pride by Louis Markos

The Pity & the Pride

Many in the orthodox Christian community have reminded us that homosexual behavior, though sinful, is less bad than pride, avarice, and malice, for the former constitutes a sin of the flesh while the latter are sins of the soul. They are correct to say this and, in doing so, make clear why, when Jesus was on earth, he was rejected by Pharisees and Sadducees and accepted by prostitutes and tax collectors.

Those trapped in the self-destructive lifestyles of the sins of the flesh—alcoholism, drug addiction, promiscuity—know they were meant for something better than the life they are living. They recognize their weakness and even their entrapment, and they usually feel some sense of shame after they indulge. That, of course, does not necessarily mean they will leave their sin behind or accept Christ's forgiveness, but moments will come when they catch a clear sight of their sin and feel a longing to escape.

Not so with the self-righteous hypocrite, the smug politician, the arrogant professor, the supercilious celebrity, the self-satisfied embezzler, the heartless exploiter, and the haughty "humanitarian." Such connoisseurs of the sins of the soul rarely catch sight of their own depravity. If anything, they think they are doing quite well and feel justified in looking down their noses at those less enlightened than themselves.

Dante knew this distinction well. While the upper levels of hell contain the souls of those who succumbed to incontinence—carnality, gluttony, hoarding, wasting, wrath, and sloth—the lowest circles house those guilty of malice—violence and fraud. For Dante, the sins of incontinence (of the flesh) are less bad because they generally do not harm others directly and because they represent excesses or distortions of otherwise good things: marital love, eating, stewardship, generosity, righteous anger, and rest.

The sins of malice (of the soul), in sharp contrast, turn against others and constitute a deeper, more self-conscious kind of rebellion against the laws and person of God. Among these sins, fraud is worse than violence because, in order to betray someone, we must take the greatest of God's gifts, our reason, and pervert it to nefarious ends. That is why animals, though they can be violent, cannot be deceitful.

And that is why Dante—and the Bible!—would agree with many political liberals that white-collar criminals should be punished more harshly than blue-collar ones: not out of an envious desire to level society, but because the white-collar criminal generally does not commit his sin in a haze of passion or desperation or confusion, as a blue-collar offender might, but out of a cold, calculated sense of his own superiority, his own freedom from the rules that bind the ignorant masses of men, and his own status as a radically autonomous individual over whom even God does not hold any kind of claim.

The drunken frat boy, the casual user of marijuana, and the hormone-driven fornicator, whether heterosexual or homosexual, pale next to such a person. While we should be repelled by the latter, we should feel for the former a deep sense of sadness and even sympathy.

As C. S. Lewis once stated in a passage from his own audio recording of The Four Loves (a passage that did not make it into the published version of the book), "How a man can feel anything but bewildered pity for the genuinely homosexual I've never been able to understand." I concur. Pity, rather than righteous anger, should be the emotion that rises up within us when we contemplate a person, made in the image of God, who has succumbed to his homosexual proclivities and, as a result, left himself open to shame, sickness, depression, suicide, and substance abuse. So, yes, the church should condemn more harshly the hypocrites in its midst than the homosexuals.

The Most Arrogant Proclamation