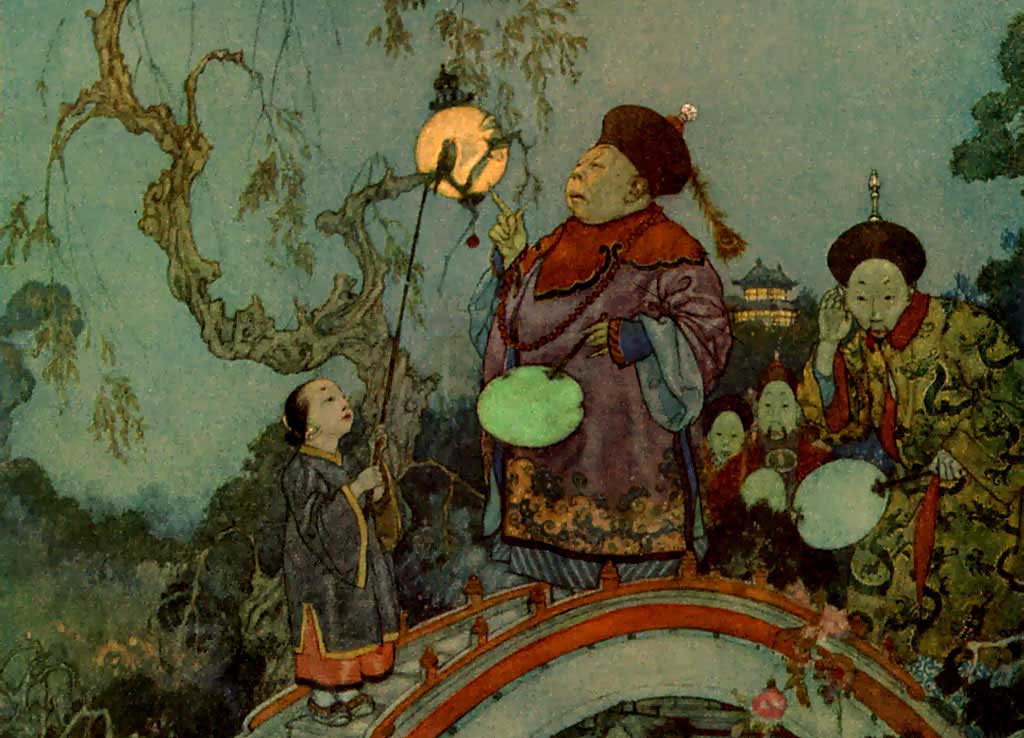 The Light of the Nightingale by Vigen Guroian

The Light of the Nightingale

For reasons that mostly have to do with the ways in which popular culture appropriates and recasts literature, "The Little Mermaid" and "The Ugly Duckling" are the best-known of Hans Christian Andersen's stories in America. Yet experts on fairy tales agree that "The Nightingale" is one of the very finest of his stories. Apropos to its musical theme and evidence to its artistic brilliance, "The Nightingale" has even inspired several ballet scores, the best known of them by Igor Stravinsky.

Even that notorious post-modernist czar of children's literary criticism, Jack Zipes, praises "The Nightingale" as "a remarkable treatise about art, genius, and the role of the artist." Zipes has staked his reputation on the theory that good fairy tales subvert the prevailing social norms of their day. When a story falls short in this regard, he usually criticizes it. Thus, in spite of his high estimate of its literary achievement, Zipes faults "The Nightingale" for conforming to "the essentialist ideology of the period" and for supporting old traditions "of class and patronage." "Ironically, to have a soul in Andersen's fairy tales," Zipes maintains, "one must sell one's soul either to the aristocracy or the bourgeois." And this, according to Zipes, is precisely what the Nightingale does when he returns to the Emperor's service at the end of the tale.

Zipes recognizes that Andersen was biblically literate and influenced by Christianity. Yet from his postmodernist perch, he judges that Andersen's frequent use of religious speech and symbolism masks the author's personal insecurities and his need to please the classes upon whom he depended for fame and fortune. This is a perverse hermeneutic. By the standards of Christian orthodoxy in the Denmark of his day, Anderson's religious beliefs were undeniably idiosyncratic. Yet insomuch as he included Christian themes and motifs in his story, why must we conclude that they were insincere?

I might not go quite so far as to say that "The Nightingale" is an allegory of Christ. However, I am prepared to argue that the religious and redemptive meaning of the tale was evident to Andersen's Christian and biblically literate nineteenth-century Danish reading public, and that this was most likely a big part of the story's appeal. I certainly do not think that this readership would have thought the Nightingale's compassionate rescue of the Emperor from the jaws of death was a servile obeisance to the powers that be—and neither should we.

In the following, I hope not just to uncover the Christian vision of this Andersen story but also to demonstrate how that vision helps make it a remarkable treatise on art and, in particular, the nature of beauty. We might begin by asking: What is beauty? Or to put the matter in a way more germane to our story: What gave reason for the fisherman to praise God for the Nightingale's song? Why does beauty evoke tears from those who hear it in a song or see it in a painting?

Emerson was moved to pronounce this about beauty: "Never lose an opportunity of seeing anything beautiful, for beauty is God's handwriting—a wayside sacrament. Welcome it in every fair face, in every fair sky, in every fair flower, and thank God, for it is a cup of blessing." Ancient Christian writers describe beauty as the splendor of the Good, the very radiance of the divine life, which is reflected in creatures that come from and rest in the hands of God. All of Creation participates in this transcendental beauty. Christ exhorts his followers to "be perfect just as your Father in heaven is perfect" (Matt. 5:48). The Gospels invite us to conform ourselves to that image, that form of beauty, that is revealed in the person of Christ, the express Image of the Father, "who made the worlds . . . [and] is the brightness of his [the Father's] glory" (Heb. 1:3). St Basil the Great reckons that, "from nature itself, we strive after the beautiful. All things, then, yearn for God."

I shall not enter into the much too often exercised argument over whether beauty is objective or subjective, absolute or relative. This is a false path. Beauty is in the eye or ear or nose of the beholder. But this alone does not account for beauty or explain how we come to recognize it. There is a light, not a corporeal light, but an intelligible or spiritual light, through which beauty reveals itself, in which beauty is; for God "dwells in unapproachable light" (1 Tim. 6:16). The experience of beauty is an illumination, an enlightenment. Much as time is an analogate of eternity, so corporeal light is an analogate of beauty. Beauty is light. Beauty is grace. Beauty is glory. The glory of God shines from and is reflected in the beauty, order, and harmony of his creation. "The heavens declare the glory of God and the firmament shows his handiwork" (Psalm 19:1). Or as Augustine exclaims: "How beautiful is everything, since you made it, but how ineffably more beautiful are you."

Whether beauty be in an object, such as a sculpture, or is communicated directly through the emotions in the rhythm of a poem without the intermediary of an object, beauty is a transcendental. It always surprises. Beauty is not just the product of desire or the quality of an emotion. No degree of conditioning or preparation avails it to us. Whether or not we desire beauty, beauty reaches us from a beyond, which persons of belief know to be God.
David Bentley Hart has stated,

Beauty possesses a phenomenal priority, an indefectible precedence over whatever response it evokes; it appears on the vastest of scales and the most minute, at once familiar and strange, near and remote; attempts to make it obedient to a particular semantics fail. . . . There is an overwhelming givenness in the beautiful, and it is discovered in astonishment . . . known only in the moment of response.

Vigen Guroian was, until his retirement, Professor of Religious Studies in Orthodox Christianity at the University of Virginia in Charlottesville. His books include Tending the Heart of Virtue: How Classic Stories Awaken a Child's Moral Imagination (2002) and The Orthodox Reality: Culture, Theology, and Ethics in the Modern World (Baker Academic, 2018).