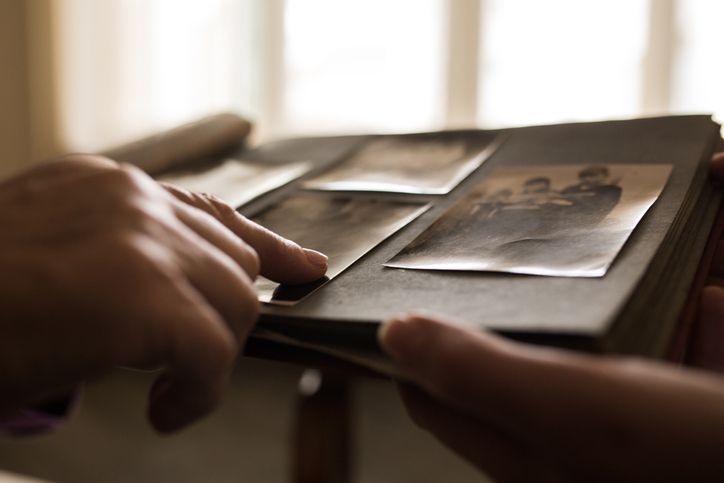 Anthony Esolen on a Lost World &
Our Alien Nation

My wife has been hunting down old photographs of the villages where her English ancestors the Hortons and the Philhowers settled and cleared land for farming and built churches. In her search she's come upon a small time machine: Chester, New Jersey: A Scrapbook of History, eloquently written and annotated by an elderly native daughter in 1971. There were still a few people around then who had come of age before the mass phenomena of radio and television, and who could recall life in a genuine place, with a rich experience of time; one might say, time reckoned by timelessness. "Shake the hand that shook the hand of Lafayette!" said Chester's most colorful citizen, Nathan Cooper, many decades after Washington's friend visited Morris County and was regaled with the ringing of church bells, the firing of cannon, the cheering of crowds, and the singing of patriotic songs. It wasn't just that schoolchildren committed songs and poems and famous names and dates to memory. Everyone committed what they loved and honored to remembrance.

Manly Chastity, Hedonism & the Law of Non-contradiction
by Anthony Esolen

I wrote "time machine," but I might have written "spaceship," because whenever I open a magazine or a book of letters or sermons or orations from those times, I seem to know and not know the people they describe. They are human, they are beset with temptations, their views are often narrow, and much of their suffering they bring upon themselves; and yet they are strange to me. I read a matter-of-fact account of something that decent, rational, and God-fearing people would do, and it strikes me with dismay, because we have consigned everything in it to oblivion.

Let me give an example.

In 1854, one William Rankin came to town, invited by the leading citizen, Daniel Budd (Cooper's friendly rival) to establish a school called the Chester Institute. It accepted boarding students and day students; both boys and girls, taught separately. We can gather something of its character from a commencement speech by Charles Winfield, one of its first graduates. For one year, he says to the assembled students, parents, and citizens of the village, he had been "a pupil of your kind and worthy Preceptor." Returning to the school, says he, "I live over again those hours of youthful ambitions when Greek and Latin first claimed our attention," recollecting a time of walking and talking and even seeing in those languages. That instruction had practical advantages: "The little notes that in spite of watchfulness found their way to the young ladies in the room above, conveyed pretty sentiments wrapped up in stately Latin or beautiful Greek." He was one of the boarders, and was homesick at first, but on the very day of his arrival, Mr. Rankin became to him more than a teacher: "He was my friend."

Mr. Winfield's talk was printed out. The back of the broadside boasts an advertisement for the school, a part of which follows:

Its situation is noted for healthfulness, picturesqueness, and delightful Scenery. The Village of Chester, thinly scattered over a considerable extent of country, affords a safe retreat for the growth of intelligence and virtue in the youthful mind. It is sufficiently distant from railroads to avoid contact with the rubbish of immorality too apt to be drifted into country places by these thoroughfares. And parents will find more than a compensation for passing a few miles, per stage, over pleasant hill and dale with their children to reach this point of seclusion from temptation.

Education from Nature & in Morals