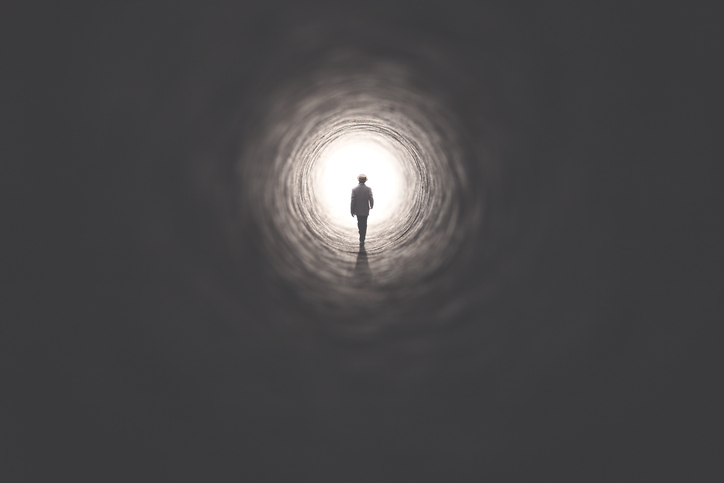 The critics were mystified. Who was this writer from the hills of Tennessee who could write such arresting landscapes?

A warm wind on the mountain and the sky darkening, the clouds looping black underbellies until a huge ulcer folded out of the mass and a crack like the earth's core rending rattled panes from Winkle Hollow to Bay's Mountain. And the wind rising and gone colder until the trees bent as if borne forward on some violent acceleration of the earth's turning and then that too ceased and with a clatter and hiss out of the still air a plague of ice.

And why did he people such landscapes with men like this:

A man much to himself. Drinkers gone to Kirby's would see him on the road by night, slouched and solitary, the rifle hanging in his hand as if it were a thing he could not get shut of.
He'd grown lean and bitter.
Some said mad.
A malign star kept him.

This young, unknown author's first book, The Orchard Keeper, revealed a remarkable talent for local color, but there were problems. The scattered narrative of that novel seems to come to no conclusion other than that these people who once inhabited the hills and mountains are now gone. The New York Times review praised the power of the writing, but remarked that "many of the episodes of savage violence or of rural charm have no connection with each other. This is a jumpy, disconnected narrative."

Outer Dark, Cormac McCarthy's next novel, introduces without explanation a rag-poor, incestuous brother and sister. The sister sets off in search of their lost baby, and, after a time, the brother follows. The fruitless searches of the parted brother and sister go on and on, and nothing much comes of their wanderings but the death of the child.

Years later, the brother meets a blind wanderer tapping along a dirt road "ragged and serene." The blind man stops, makes himself a cigarette, and asks the brother if he needs anything. The stubborn brother says he is in need of nothing, but wonders just what the blind tramp could possibly offer him. The blind man says he prays for what he needs. "You always get what you pray for?" asks the brother. "Yes. I reckon. I wouldn't pray for what wasn't needful. Would you?" "I ain't never prayed," says the brother; "why don't ye pray back your eyes?" The blind man answers, "I believe it'd be a sin. Them old eyes can only show ye what's done there anyways. If a blind man needed eyes he'd have eyes." They part and wander on and that's about the end of the book.

Critics and readers were again mystified. Author and Harvard professor Robert Coles remarked that McCarthy's "stubborn refusal to bend his writing to the literary and intellectual demands of our era conspire at times to make him seem mysterious and confusing."

Then came Child of God, in which a necrophilic serial murderer wanders the back roads and forests wigged with a woman's scalp. The critics liked the vivid writing, but couldn't lay a hand on the writer's purposes. Robert Leiterin Commonweal noted that "we are left with only incisive images strung along a thin plot line, the why and wherefore unexplained."