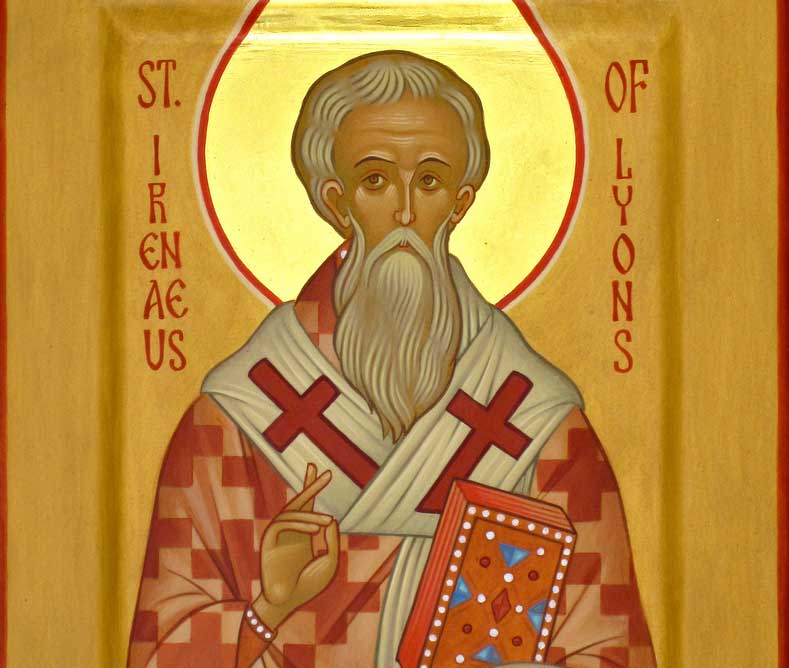 Is this an important matter? Surely it is. The English expression "man fully alive" conveys an idea radically alien to the teaching of Irenaeus, who declared that "the revelation of the Father, which comes through the Word, conveys life to those who contemplate God." The vague "man fully alive," which can mean almost anything, usually means a quest for human fulfillment or self-expression. As commonly quoted, the words "man fully alive" have nothing to do with the life of Jesus Christ.

And that is the basis for my suspicion that the popularity of this quote is evidence of a capitulation of Christians to a cult of self-fulfillment and self-expression. For many, indeed, our churches have become merely self-improvement societies, where the ancient creedal affirmations about Christ—those derived from the New Testament—have been decisively excised from worship and hymnography.

A subjective quest for emotional fulfillment subverts Christian worship by focusing on how worship makes a person feel, and by encouraging worship schemes that arise from individual self-expression rather than the lived history of the people of God down through the ages. "Man fully alive" is at the heart of that most baneful of cultural deviations, the circus act known as "the contemporary worship service."

This cult of self-fulfillment also preaches false notions of happiness. It gives unsound counsel on marital love, and thus undermines marriage. It encourages an unwarranted autonomy among children, and thus lessens their dependence on the inherited cultural and moral standards available in traditional family life.

Among the clergy, whose sniveling acquiescence has been essential to this religious and cultural decline, the religion of Jesus Christ can be used for the exercise of power, the building of one's ego and reputation, and the search for personal stroking that indicates narcissism.

The modern quest for self-fulfillment also means the loss of the founding dogma that places Jesus Christ at the heart of every believer's adherence, worship, devotion, longing, and emulation. It means the rise of self-improvement sermons and the declension of Christo-centric preaching that initiates believers ever more deeply into the Mystery of Christ.

The suggestion that God is glorified by a widespread human quest for self-fulfillment—the notion that God is actually pleased by cultural and societal expressions of radical selfishness—flies in the face of everything Irenaeus held dear. He was ever attentive to the voice from heaven that proclaimed, "This is my beloved Son, in whom I am well pleased."

It will be obvious to everyone who has read it, I think, that this is the substance of the Adversus Haereses. The only "alive" Irenaeus would recognize is in the life of divine grace, incorporation in the living Christ, the sole Mediator of salvation.

According to Irenaeus and the other authentic fathers, the only true self-fulfillment—if we must use such a term—is to be sought in obedience to the lordship of, and communion with, the living Christ. Genuine fulfillment of self is expressed in forgetfulness of self and in the love of others exemplified by the Savior of the world.

Finally, if Irenaeus were writing today, I have no doubt he would include the modern quest for self-fulfillment among the heresies he chose to refute.