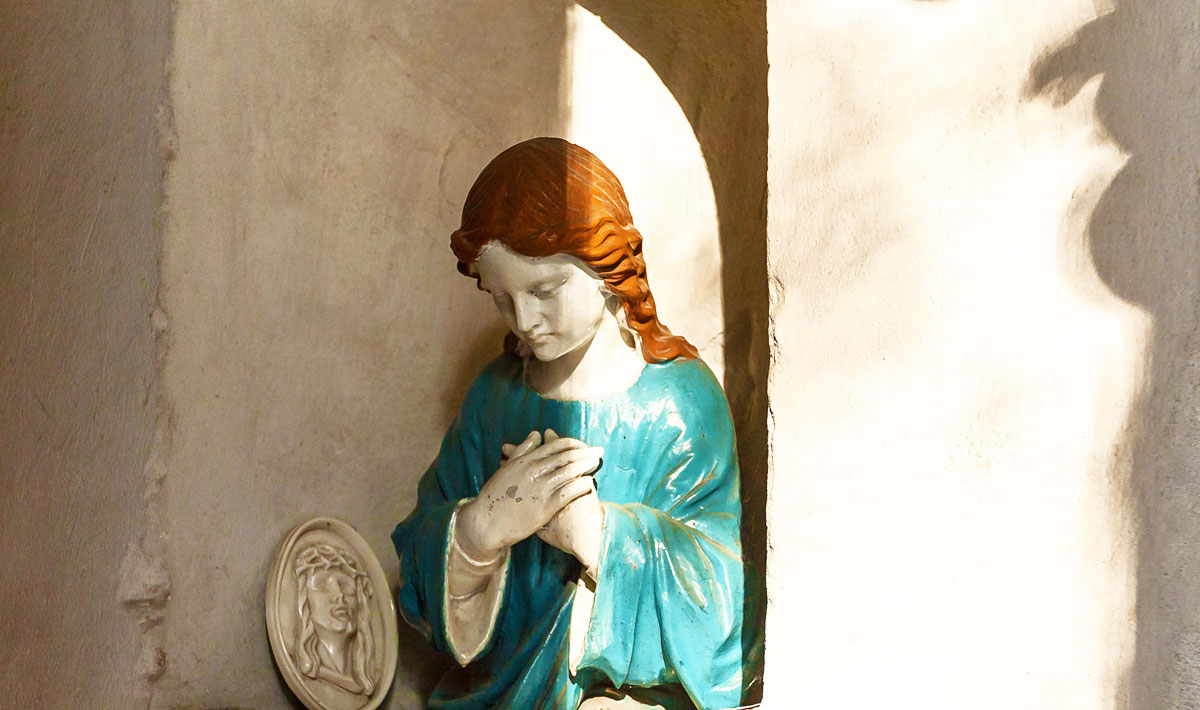 The Sacred Feminine by Robert Hart

Robert Hart on the Incarnation & the Ordained Ministry

In 1995, at an art museum in Chicago, I saw an archaeological find: several identical little statuettes of a woman’s body, from the neck down to the mons pubis. A modern Westerner might assume that the ancient, mostly forgotten people who carved these figures were obsessed with sex and had produced pornography, but this would say more about the modern Westerner than about those ancient people.

The fact is, the statuettes were found in graves. Since they showed the part of a woman’s body most clearly identified with bearing, birthing, and nourishing children, the most logical conclusion is that they were buried with the dead to help assure the safe delivery of the departed spirit into another world. There, the dead would be reborn and nourished.

If this interpretation is correct, it shows that these ancient pagans had a clearer understanding of the sacredness of the feminine than do modern theologians who want to convert the Church into a religion with a Divine Feminine or use inclusive language for God. For these ancient statuettes suggest, however dimly and remotely, the ministry of the Church in its role of administering, as well as proclaiming, salvation.

Christians do not worship a goddess. But it is not an accident or mere coincidence that two things we see in our day—women trying to fulfill the role of the ordained ministry, and women (and men) promoting the new “Feminist Theology” of goddess worship, which is meant to overtake and replace the worship of the Father, Son, and Holy Spirit (“ He, the Spirit of Truth”; John 16:13)—have come together in time, and among the same church bodies and movements.

Christianity has no room for a Divine Feminine, that is, a goddess, because of the mystery of the Incarnation, the central doctrine of the Christian faith. In chapter 5 of his book Whatever Happened to the Human Mind, Eric L. Mascall writes:

It was male human nature that the Son of God united to his divine person; it was a female human person who was chosen to be his mother. In no woman has human nature been raised to the dignity which it possesses in Jesus of Nazareth, but to no male person has there been given a dignity comparable to that which Mary enjoys as Theotokos, a dignity which, in the words of the Eastern liturgy, makes her “more honourable than the cherubim and beyond comparison more glorious than the seraphim.” . . . The centrality of womanhood in redemption is shown by the fact that the Incarnation itself waited for the courageous and obedient Fiat of Mary (Luke 1:38).

Redemption cannot be separated from the feminine presence of Mary, the only human person to share in the miracle of the Incarnation with Jesus Christ. In fact, we speak here not simply of a feminine presence, but of a female presence. This distinction is necessary in order to clarify its significance to an age that confuses the meanings of the words “sex” and “gender.”

People come in two sexes, male and female, rather than in genders. The Mother of God is a woman. However, the Church is not a woman, but it is the Bride of Christ and, as such, is of the feminine gender, though not of the female sex. Jesus is a Man, a member of the male sex in his human nature. But as God, he is of the masculine gender, together with the Father and the Holy Ghost. God, speaking strictly of the Divine Nature shared by the three Persons of the Trinity, is (as stated in Article I of the Anglican Thirty-Nine Articles) “without body, parts or passions.”

It is necessary to distinguish between the two natures of Christ: the divine nature that is proper to his Divine Person as one with the Father, and the human nature that has been taken into the Divine Person of the Logos. The latter is an alien nature, that is, a created nature taken into the uncreated Person of the Logos, a physical nature taken into a nature of Spirit (though separate and distinct in nature from every created spirit), and a nature fixed in time taken into eternity.