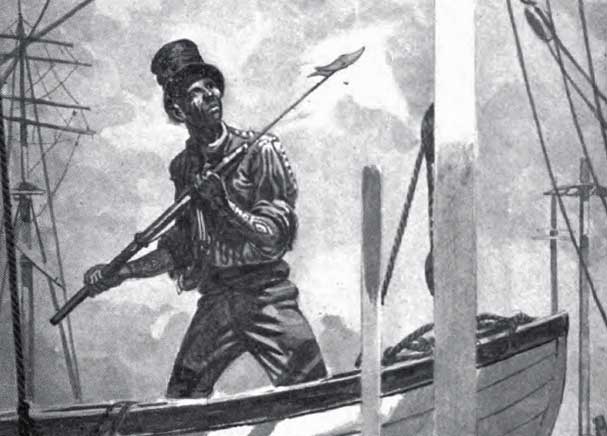 The Levitical verses immediately following ordain not making a whore of one’s daughter, keeping sabbath and reverencing the sanctuary, not consulting mediums or wizards, honoring the elderly, doing justice to the stranger, and maintaining just weights and measures. Presumably these have not been “set aside or annulled with the coming of Christ,” and here are the cosmetic laws right in among them.

An examination of Jewish sources turns up an analogous situation. It is generally understood that the ban against tattooing is part of the Torah, so it is still obeyed by observant Jews and by those in whom their instincts survive. But in others the place of a messianic abrogator is taken by a modernist instinct that sees insufficient sense in it, allowing the deracinated Jew, like the Christian released from the toils of the Old Covenant, to decorate himself, or not, in accordance with his own better judgment.

I have come to think, however, that the best Christian understanding of the tattoo lies less along the path of considering the status of the prohibition than on the positive meaning of permanent marks deliberately placed on the body—marks that are not simply part of its natural history such as birthmarks or wound scars, but placed there with symbolic intent and the cooperation of its owner.

This occurred to me while reading an account of a nineteenth-century marketplace on the west coast of Africa where members of the many tribes who gathered there could be distinguished by the incised or tattooed marks upon their faces. These, while decorative, were not merely decorations, but marks of tribal association and therefore of the fundamental identity of people whose selfhood was understood as arising from and indelibly connected to the tribe to which they belonged.

Perhaps our greatest difficulty in understanding the nature of the situation comes from the apparent frivolity of tattooing in our age and place, where mere decoration has made a strong—but I think largely unsuccessful—bid to dominate identity. The gang member’s tribal tattoo is deadly serious and full of meaning, as is the sailor who blesses the name of Shirley on his biceps. But even the tattoo on the girl who wants a butterfly on her intimate parts would seem to tremble on the cusp of the meaningfully symbolic, giving voice in its own rather sad way to its owner’s deepest desires, and so to aspirations to identity—to the deep belonging upon which only she senses the freedom of selfhood can be founded.

We have been lulled by the cosmetic tattoo not to take all marks of this sort with the seriousness they deserve, and so, as those who belong to Christ, we have failed to ask ourselves the pertinent counter-question: What are the marks of a Christian?

Marks of a Christian

Once we come to the point of asking it, things quickly begin to clarify, for the New Testament does indeed speak of the marks of the believer, many, many times, the marks which he carries on his person, and which indeed alter his countenance so that even the faces of the saints can be distinguished by those who look upon them. Need we go further?

Perhaps a little, for we should consider for a moment the argument of those who have with good intention had Christian symbols cut into their bodies. It may be that the Lord, who once forbid this to his people, will graciously excuse and perhaps even honor them for the love in which the act was done. I think it good to be gentle with our decorated brethren in anticipation of this judgment, remembering what the Scriptures say about the exculpatory power of love.

But I also think that signs that indelibly mark the Christ-like—faith, hope, love, gentleness, goodness, peace, patience, fortitude, honesty, kindness, and other such virtues—can be symbolized but not duplicated on the skin, and that the fundamentally spiritual qualities that exist quite apart from dermal inscription are the great things that our Lord and his apostles were speaking of when they referred to the Marks.

So there is truth in the rather unhelpful presentation of the synodical representative on the abrogation of the ceremonial law. It is not because of the law that Christians are unlikely to have tattoos, but because something greater than the law is our first concern. A faith in which what is external, done or not done because it is commanded, has been met by something that flows from within from a regenerated heart. This subsumes the old commandment not by its destruction, but by comprehension in its own ground in the love and grace of God in Christ, in whom our identity as persons and as members of his Church is established, and is shown forth by marks given in the body, no more graven in skin than in stone, but on the living tablets of the heart from which they shine by our words and deeds.

In the disquieting ironies of Melville, the idol worshiper Queequeg showed himself to be the most godly man on the Pequod, a Christian ship captained by a madman out to kill a devil of his own invention who ends up killing only himself and his crew. Melville made Queequeg, Ahab, and the Pequod to shame people who professed Christianity. Whether or to what degree he hit his mark one may dispute. What he did give evidence of, however, was a Christian understanding of symbolic marks on the body that “in Christ Jesus neither circumcision nor uncircumcision is of any avail, but faith working through love,” of which Queequeg was drawn as a shining example.

I believe it is this understanding, along with a largely intuitive recognition that the tattoo, as it has been used by nearly everyone who has used it, is meant among the Gentiles to point to the principal things in which they find their identity—which, however, are in fact not principal things and through which we are not meant to mark our identity—yes, even if the symbols are Christian symbols. The symbols themselves are not and cannot be the marks of a Christian in which the Lord has his own principal interest. It is an understanding of the higher and the lower, the superior and the inferior, rather than of the licit and illicit, that has kept Christians from emulating what remains for that reason a pagan practice.

Ironically, “permanent” symbolic injuries placed on the skin by the intention of those who receive them mark a self which is passing away. The truest marks of the Christian are faith, hope, and charity, which abide forever, and against which there is no law.