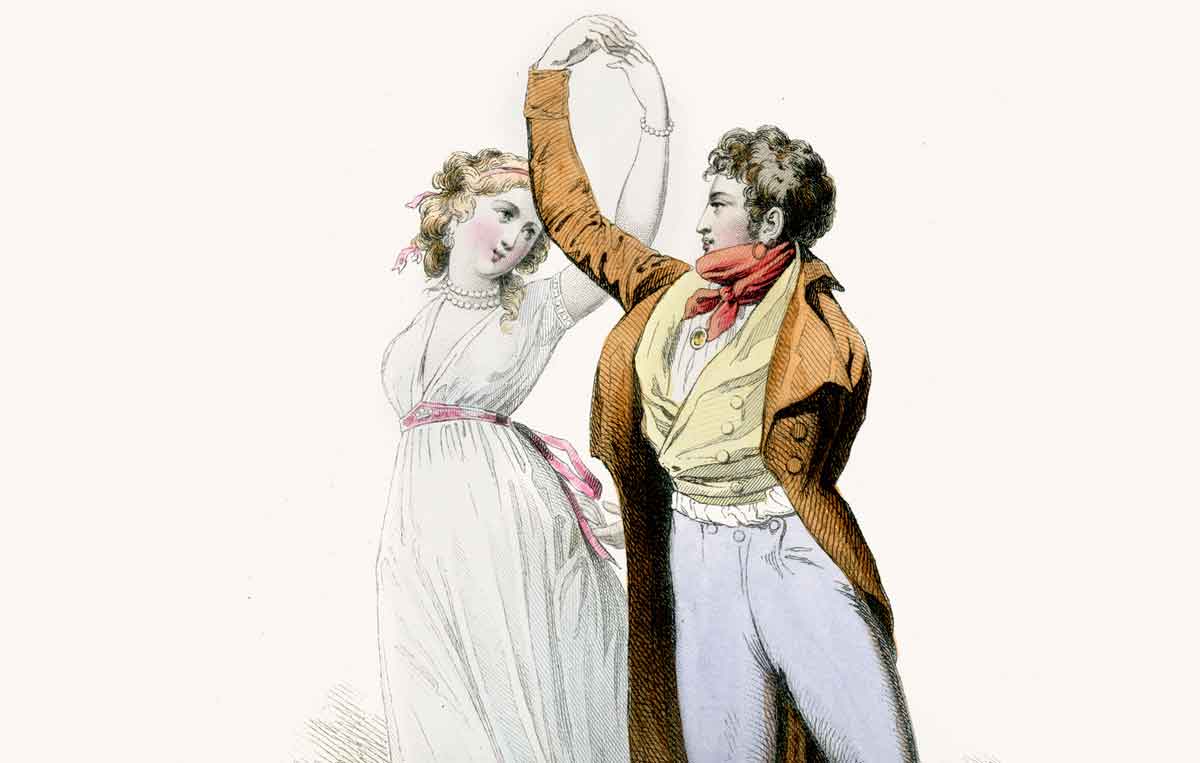 Jennifer Farrara on the Truths That Mr. Darcy Taught Me About Marital Love

When I was a young teenager, I saw an absolutely awful ’70s movie version of Emily Brontë’s masterpiece Wuthering Heights and was completely captivated. I read the book and was not disappointed; I fell in love with the main character, Heathcliff. He was tall, dark, handsome, and mysterious, but his most seductive quality was his wild and fierce love for one woman, Catherine Earnshaw.

I had never before encountered such passion and romance. Heathcliff was the standard by whom I would, for years, judge all of my boyfriends. They all fell short.

After seeing how much I enjoyed Wuthering Heights, my mother, a Jane Austen fan of the highest order, suggested I read Pride and Prejudice. I thought it a satisfying love story, but the hero, Darcy, was not nearly as interesting as Heathcliff. He was tall, dark, and handsome, but he didn’t repeatedly strike his head against a tree when Elizabeth Bennett turned down his proposal of marriage. He didn’t cease to eat and sleep when he thought he might have lost her.

In stark contrast to Heathcliff, Darcy managed to get on with things. Whereas Heathcliff allowed his estate to go to wrack and ruin, Darcy continued to run his as if nothing had happened. Therefore, he simply could not have loved Elizabeth as intensely as Heathcliff loved Cathy. Heathcliff could not live without Cathy. Never mind that he abused all others in a downright wolfish and evil manner; that only added to his allure.

Although Brontë wrote Wuthering Heights just a few decades after Pride and Prejudice was published, it is a remarkably modern novel. For Brontë, there is something virtuous about passion itself. Even though Heathcliff has “a genuine bad nature,” he is in some sense redeemed through his all-consuming love for Cathy. Anticipating the death he is convinced will reunite him with Cathy, he says, “I tell you, I have nearly attained my heaven, and that of others is altogether unvalued and uncoveted by me.” Brontë leads us to believe that Cathy and Heathcliff forever wander the moors together.

To say that Heathcliff and Cathy are soul mates is not a cliché. Cathy explains, “Whatever our souls are made of, his and mine are the same.” Or, as she declares in one of the most famous lines in English literature, “I am Heathcliff.”

As a teenager, I thought such love formed the basis of all happy marriages. Now, after twenty years of marriage, I cannot imagine Heathcliff and Cathy married. Like the love of Tristan and Isolde, theirs can only be preserved by death. It would never survive the mundane struggles of married life. Neither character would be capable of the small sacrifices necessary to make a marriage work. The only alternative to the deterioration of their love in marriage is union in death.

Brontë’s vision of love has little in common with Austen’s. In Pride and Prejudice, Elizabeth says of Lydia and Wickham, her sister and her ne’er-do-well husband, “How little of permanent happiness could belong to a couple who were only brought together because their passions were stronger than their virtue.” Austen does not deny the importance of passion, but believes, as Alasdair MacIntyre explains in After Virtue, that “morality is . . . meant to educate the passions.”

This is a difficult concept for us. Having a passion for something automatically lends it credence. We encourage our children to develop and follow their passions. We commend people for being passionate about their causes, even when we disagree with the cause.

Jennifer Farrara , formerly an ordained minister of the Evangelical Lutheran Church in America, is a Roman Catholic laywoman. She is co-editor of The Catholic Mystique: Fourteen Women Find Fulfillment in the Catholic Church (Our Sunday Visitor).