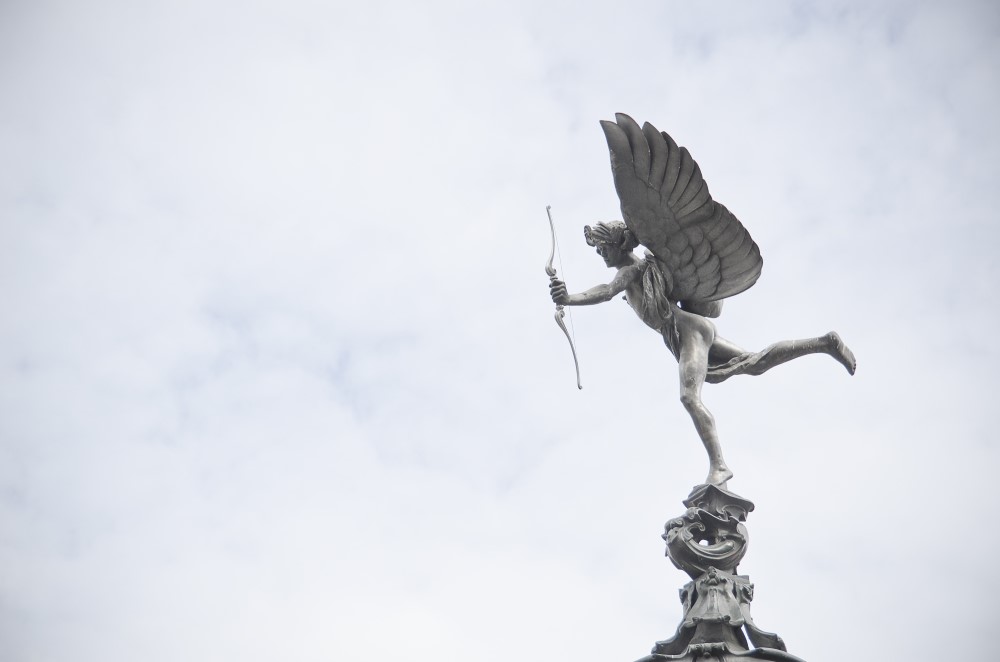 This is a tragedy. If Christians are going to grasp the truth about sex and marriage, and effectively combat our culture’s profound sexual confusions, we must not abandon eroticism to the pimps and pornographers. We must instead become eroticism’s strongest advocates.

Eros is acquisitive, egocentric or even selfish; agape is a giving love. Eros is an unconstant, unfaithful love, while agape is unwavering and continues to give despite ingratitude. Eros is a love that responds to the merit or value of its object; while agape creates value in its object as a result of loving it. . . . [E]ros is an ascending love, the human’s route to God; agape is a descending love, God’s route to humans.

Lust is quite different: “We use a most unfortunate idiom,” Lewis wrote, “when we say, of a lustful man prowling in the streets, that he ‘wants a woman.’ Strictly speaking, a woman is just what he does not want. He wants a pleasure for which a woman happens to be a necessary piece of apparatus.” Eros, by contrast, “makes a man really want, not a woman, but one particular woman.”

In the wedding vows, the couple set out on the adventure of discovering and celebrating in each other the refulgence of God’s glory that is the image of God. They commit themselves to discover and celebrate that radiance in ever fresh ways “so long as you both shall live.” They are called, in short, to “true eroticism.”

The Gift of Love

The answer is simple: God does desire us, he longs for us, he considers us his lovely and spotless bride, he does look for a response. God’s love for us is erotic, for he takes interest in each of us and loves us in order to evoke love from us. God’s love includes his desire to be loved. We must feel the full weight of this truth. The Triune God is eternal, and he is eternally full of all joy, love, fellowship, feasting, and life. He needs nothing, and nothing that he makes can add even in the smallest degree to the satisfaction of the Triune fellowship.

And yet, this same God created a world and called it good; this same God assures us that he delights in his world and his people. Through the prophet Isaiah, Yahweh says that his exiled people will no longer be called “Forsaken,” but instead, “you will be called ‘My delight is in her’ and your land ‘Married.’ For as a young man marries a virgin, so your sons will marry you; and as the bridegroom rejoices over the bride, so your God will rejoice over you” (Is. 62:4–5). And again, “I create Jerusalem for rejoicing, and her people for gladness. I will also rejoice in Jerusalem, and be glad in my people” (Is. 65:18–19).

The prophet Zephaniah says of Jerusalem, “Yahweh your God . . . will exult over you with joy, he will be quiet in his love, he will rejoice over you with shouts of joy” (Zeph. 3:17). And Jesus himself says that the Father sent him because the Father out of love “seeks worshipers” who will worship in Spirit and in truth (John 4:23–24). That such a God would rejoice over us is, as Paul would say, a great mystery, but it is true.

What makes marital love a true image of divine love is not a renunciation of desire; what makes love truly love is the kind of desire it expresses and the kind of response it anticipates. True eros desires a particular kind of return, a return with difference. A true exchange of love is never an exchange of identical items.

If the woman gave the man the exact ring he gave her, the message would be: “The engagement is off.” As the Orthodox theologian David Hart says, “A gift that is exactly reciprocated is a gift that is returned, rejected . . . a violence, like a blow instantly returned.” To hope that you will receive exactly the same love you give is the crudest form of self-love. You might as well gaze longingly and affectionately into a mirror.

A man is called to love, and it is right for him to want his wife to love him. But she is not called to give back exactly what he gives her. His wife is a woman, and will love him as a woman, which is not the way a man loves. If a man wants only what he can give, he might as well stay single and live with a bunch of guys the rest of his life or march off to live by a railroad track.

As the married man and woman hope to receive love from each other, as they give and reciprocate with delighted surprise in their differences, they imitate the love of God, the eternal round of love that is both eros and agape, the eternal polyphony of love that is yet beyond both. •