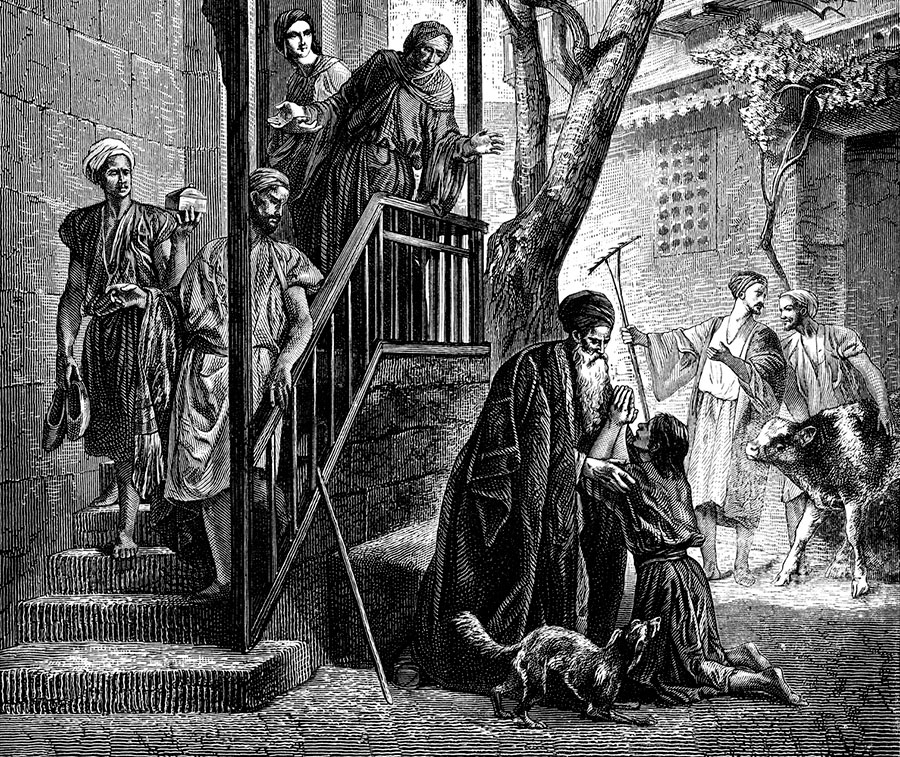 Rays of Fatherhood Shining Forth by John W. Miller

Rays of Fatherhood Shining Forth

Among the many changes sweeping over the world in this century, few are as fraught with cultural and spiritual significance as the changes occurring in our god-language. After a forty-year war against calling God “Father,” waged by feminist theologians in the name of gender equality, male gender language for God, once taken for granted, is now avoided or rejected by growing numbers of people inside and outside the churches.1 God is increasingly referred to simply as “God.” For some, the word God itself is taboo. In a recent book, a leading feminist theologian, Elisabeth Schussler Fiorenza, warns of the “male-dominant, misogynist, homophobic, racist and supremacist values” she believes are the inevitable consequence of calling God “Father” and places an asterisk instead of the o at the center of the word God to remind us of “the brokenness and inadequacy” of all human god-language.2 As an alternative she advocates “sophialogy,” a speaking of and about Divine Wisdom, referred to as our companion in our struggles against injustice, just as “she” (spelled “s/he”) was with “the Israelites on their desert journey from slavery to freedom.”3

So why, in the face of these warnings to do otherwise, are many of us still calling God “Father”? This question is one I’ve been pondering since first encountering feminist thought on this subject thirty years ago, while doing research on a book about Jesus. As everyone knows, the teachings of Jesus are permeated with references to God as Father, and he was himself unforgettably father-like in his compassion for the lost sheep of the house of Israel and for children. “Be merciful,” he once said to his disciples, “even as your Father is merciful.” I thought then and still do that if calling God “Father” is contrary to the moral, social, and spiritual health of humanity, Christianity is defective at its core.

But is it? In my presentation today I want to convey some of the reasons why I think it is not, and why I regard the feminist critique of calling God “Father” as itself seriously in need of critique. The thesis I propose may be briefly stated as follows: The word father, rightly understood, connotes an irreplaceable social and cultural acquisition that is foundational for the emergence of a truly human, healthy, and happy civilization—hence, the privilege of calling God “Father” is likewise an irreplaceably beneficent sign of God’s loving care and will for the world as this is made known through the Scriptures and traditions of synagogue and church.

With this thesis I seek to address five overlapping issues arising from the critique in feminist theologies of “Father” as a name for God: (1) the difficulties encountered when refuting this name in favor of others; (2) the centrality and significance of “Father” as name for God in biblical culture; (3) the true meaning of “father” in human culture; (4) the foundational importance of fatherhood for human culture; and (5) receptivity to God as father in the emergence of high cultures of fathering.

Feminist theologies have rightly emphasized that the reality we refer to as God is beyond gender. The Bible itself makes this point in Deuteronomy 4:15–17, where Israel is told that because “you saw no form of any kind on the day Yahweh spoke to you at Horeb out of the fire, therefore watch yourselves very carefully, so that you do not become corrupt by making an image in the shape of anything whatever; be it a statue of man or of woman . . . .” In feminist theologies this insight is resorted to as a basis for putting distance between the verbal symbol father and its referent, between language about God and the being of God. It is emphasized that the being of God is ineffable, mysterious, beyond imagination. The term father is merely a symbol or metaphor. God is not literally our Father. Other metaphors are equally valid. In fact, to think of God exclusively as father, many suggest, is sexist and idolatrous. It privileges males. With thoughts like these, calling God “Father” is relativized, marginalized, or dismissed altogether.

However, refuting “the father” in God in this way has proven easier than filling the void left by its absence. “We are about to learn what happens when father-gods die for an entire culture,” wrote Naomi R. Goldenberg several decades ago in her book, Changing the Gods: Feminism and the End of Traditional Religions. But what she observed taking place was a “turn toward inwardness” from which a multiplicity of variously gendered (or genderless) gods or god images are emerging, none of them predominant as yet, she noted, and some less benign than others.4 “Image-making itself,” she concluded, “may be the only common ground achievable among the devotees of these varied religious alternatives.”5 In her recent survey of the history of feminist theology Rosemary Ruether notes a similar “plurality of identities” for God and concludes her study by affirming this and calling for what she terms a “praxis of multi-religious solidarity and syncretism.”6 Elisabeth Schussler Fiorenza seems to concur when advocating what she calls “a discourse embodying a variegated reflective mythology” as the path ahead for feminist religionists.7 This collapse of “normative assertions” in feminist theologies is also noted and affirmed in a recently published compendium of essays on this subject by upcoming feminist theologians.8

The European philosopher Friedrich Nietzsche observed something similar happening at the close of the nineteenth century. In one of his monologues in Beyond Good and Evil, Nietzsche posed the question, “Why Atheism Today?” and went on to state as an answer what he said he learned through a great many conversations, namely, that “the ‘father’ in God has been thoroughly refuted. . . . Also his ‘free will’: he does not hear—and if he heard he still would not know how to help. Worst of all,” Nietzsche wrote, “he seems incapable of clear communication: is he unclear?” Nietzsche asks this, then replies, “This is what I found to be causes for the decline of European theism.” Nietzsche went on to indicate what he thought would be the consequences of this—not the end of religion, but the emergence of new religions. “The religious instinct is indeed in process of growing powerfully,” Nietzsche wrote, “but the theistic satisfaction it refuses with deep suspicion.”9

It appears that refuting the father in God creates a void that is exceedingly difficult to fill. Nietzsche himself sought to fill it with his own well-known “philosophy of the future” at the center of which stood his famous Übermensch (superman), a powerful, self-willed type of man whom Nietzsche describes as utterly disdainful of pity and willing to enslave others for the sake of a truly civilized elite, one, he said, that “will grow, spread, seize, become predominent—not from any morality or immorality but because it is living and because life simply is will to power.”10 By contrast, present-day feminist theologians, while united against what they term “the Western cultural sex/gender system,” seem vague or uncertain about what will or should take its place.

The ultimate ineffability of God is not to be challenged. We see and know only in part. All language for God (all language, in fact) is analogical, drawn from human experience, and no more than an approximation of the reality to which it points. The mistake is in misconstruing the importance of what is signified by the word father. While it is true that words are mere approximations of the realities to which they point, when speaking to or about God, some ways of speaking, some analogies, are more appropriate, more accurate, more adequate, more meaningful, more conducive to evoking or “naming” who or what God really is and wants of humanity than are others. And, whether consciously or not, we do make judgments in this regard, both as individuals and collectively, so that over time specific ways of naming, addressing, and talking about God inevitably take hold and become defining, distinguishing features of given cultures or civilizations.

John W. Miller is Professor Emeritus of Religious Studies, Conrad Grebel College, University of Waterloo, Ontario, Canada. An ordained minister of the Mennonite Conference of Eastern Canada, he holds a Th.D. from the University of Basel. He is the author of Calling God “Father”: Essays on the Bible, Fatherhood, and Culture (Paulist Press, 1999). He and his wife Louise have been married for 50 years and have three children and eight grandchildren.