on Indoctrination Through “Sharing”

on the Christian Destruction of Marriage

The Austere Offices of Manhood

on the Labors of Christian Fathers

Parting with Our Bodies

on the Harvesting of Organs

The Voices of Morebath
by Eamon Duffy

Loving Babies As They Come

on Islam, Christianity, and Moral Education

The War We Must Win

on Our Response to September 11

What to Make of the Primates’ Meeting

A Cautionary Example & a Cautious Hope for the Anglican Communion

on the Duty of Professionals

Children Without an Inheritance

“Diminish Not a Word”

On the 450th Anniversary of the Book of Common Prayer

on Identity Politics & the Christian

Lambeth & the Ways of Sex

Preaching the Gospel in a Language “Understanded of the People” 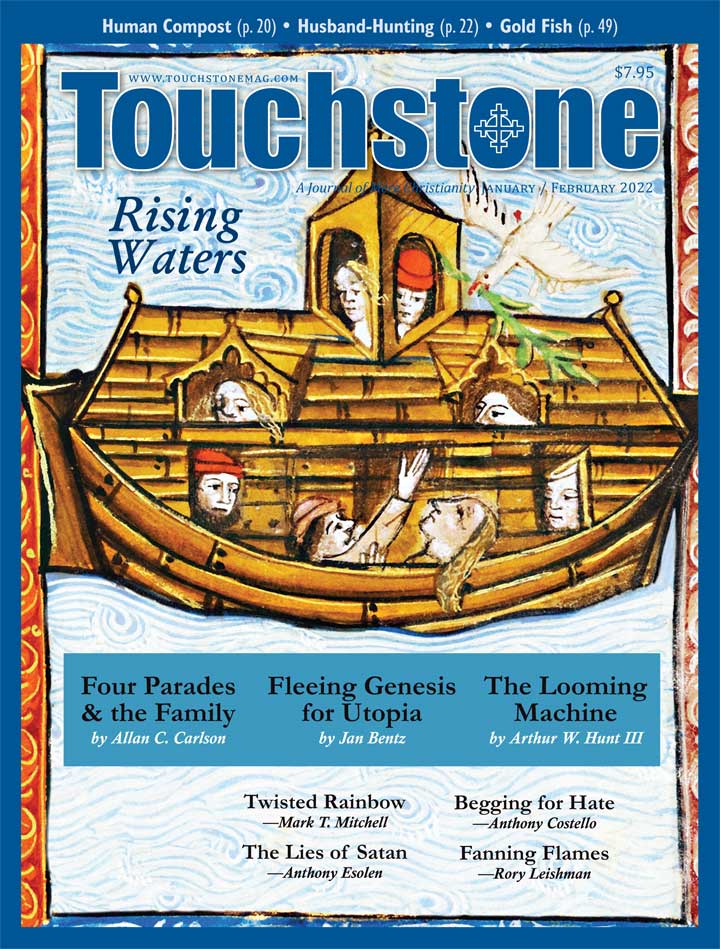