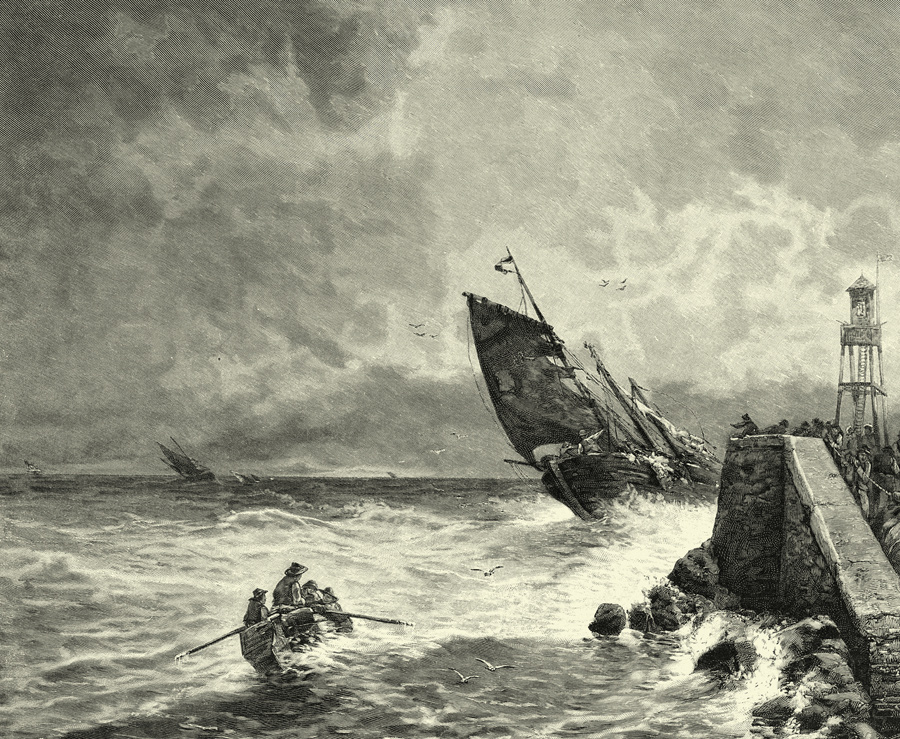 My family and I have long spent our summers on an island in Nova Scotia, home to a few fishing villages, inhabited mainly by Frenchmen and Scots, whose families have lived there for three hundred years. As late as Rudyard Kipling's novel Captains Courageous, the name of the main village, Arichat, was well known to men of the northeast who went down to the sea in ships. They risked their lives to comb the Grand Banks, in those days abundantly rich in cod and flounder; and some went whaling, to bring back the finest oil in the world for lamps and machines. It stirs something deep within me to consider that when a woman in the landlocked plains of Iowa lit her lamp at night, it was because men had gone round the Horn and braved the terrible storms and the cold, with ice sheeting the masts and sails.

Arichat still sends men out on fishing boats, and they had kept the long tradition of asking one of the Catholic priests to come to the harbor on a certain day in June, to bless the boats and their sailors. Then a pastor arrived who decided that that was too old-fashioned, and since they must eventually learn to do without a regular priest, they might as well get the idea now. He refused to bless the boats, the link was snapped, and something old and venerable and essential to the culture of the place was lost.

Yet I think we might all learn from such a custom as the blessing of ships. The metaphor is a natural one for all peoples who go forth on the water. Life is a voyage, and when it will end and where, no one knows. It is not a pleasure cruise, though the waters are often calm and the sun benign. Onward we go, "crossing the bar," as the elderly Tennyson put it, and if God is not our helmsman, expect the abyss to swallow us down.