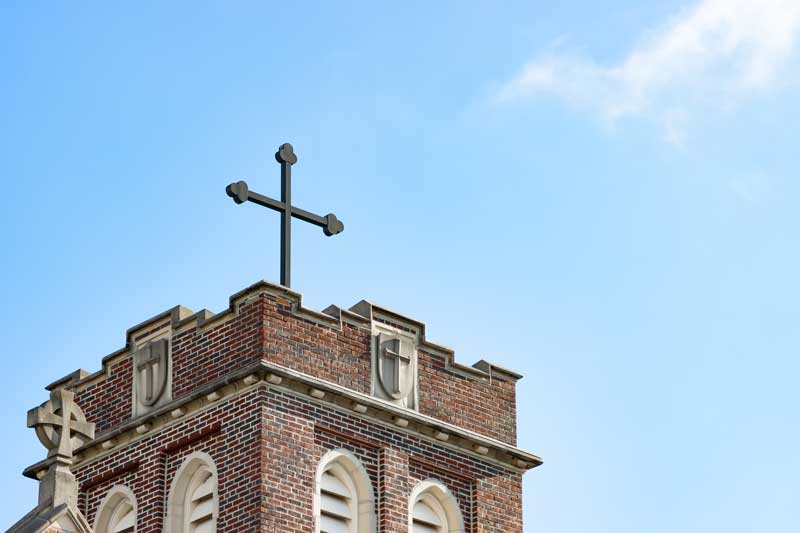 Can We Strengthen Our Congregations Before It's Too Late?

Our last two Touchstone conferences have included more young people than ever before. At the 2021 conference, "No Neutral Ground: The Cost of Discipleship in a Secular Age," about a third of our audience was under 40—and most of those were under 30.

Many of them came to hear Rod Dreher. His recent books, The Benedict Option and Live Not by Lies, have attracted world-wide attention from devout young Christians (as well as older ones) who are alarmed by the moral disintegration of the West and its increasing secularism, especially its growing antagonism toward Christianity.

Young Christians today whose faith has been tested by assaults in high school and college are not lukewarm Christians. They are ardently committed, but also concerned about the future and the future of their children. Such concerns and serious commitments among the young is not new.

Many young Christians in the 1960s and 1970s also were restless, troubled by mainline Christianity's détente with consumerism and the embrace of prosperity as a gospel witness. They were further disoriented by establishment Christianity's tepid responses and acquiescence to sexual "liberation" and the resulting disintegration of familial bonds.

The 1960s and 1970s saw the rise of the Jesus Movement, charismatic Christian communities, and house churches of Christians attempting to live what they saw as New Testament expressions of Christian community. Unsurprisingly, idealism and inexperience, as well as sin, led to burnout, abuse, loss of faith, or surrender to the spirit of the age for some of them. Others persevered, embracing a deeper study of Scripture, theology, church history, and a commitment to serious discipleship in their churches. Enlightened by the wisdom of previous generations of Christians, they attempted to follow "the Great Tradition" or "mere Christianity."

Despite the growing rejection of Christianity by secular society, it appears that many young Christians today are seeking authentic forms of discipleship and Christian community. We hear from many sources and have ourselves seen a growing number of young people show up at the doors of orthodox-minded churches, seeking instruction in the faith. They wish to belong to Christian communities and congregations that will not bend to the growing pressure of the surrounding culture to conform. They wish to live disciplined lives regulated by the gospel, to grow in faith in Christ. Many resonate with The Benedict Option and Live Not by Lies. But how do our churches measure up as the kind of formative communities of faith new seekers hope to find?

The recent and ongoing coronavirus pandemic has exposed weaknesses in orthodox-minded churches. The vulnerability of many Christian congregations was revealed by the initial responses to the state-mandated lockdowns in several ways: by what was done, by the responses to what was done, and, more importantly, by what was not done.

First, what was done by church leaders in response to state mandates has ranged from vigorous defiance to grudging compliance to simple acquiescence to taking even stricter measures than required by the state (e.g., bishops who ordered churches locked and forbade clergy to enter them). These and subsequent responses ranged arguably from reckless to courageous to prudent to cowardly at various points—they were "all over the map."

Second, criticisms of responses to lockdowns by churches—as well as criticisms of policies on masks and vaccines—reveal a lack of Christian consensus, and in some cases a lack of patience or charity, even causing division among serious Christians. The pandemic has set loose complaints, denunciations, and accusations of recklessness or cowardice or over-reaction. Specific accusations of individual or general recklessness or cowardice may be sustainable, but any final assessment of the various responses would likely prove contentious.

It is with the future that we should be most concerned. Will church leaders be better prepared "next time"? Will there be agreement on what "better prepared" means? We can only hope that a wise plan of action is in place for the next time the churches find themselves in a similar predicament. But unanimity seems unlikely.

Unfortunately, assessing what was done in the past will not get us as far as we need to go. Our focus has been primarily on the availability of Sunday worship in our church buildings. And church buildings are not the essence of the Church.

The worship of the Church, of course, is of its essence, but before the widespread use of church buildings, Christians met in homes from day to day (Acts 2:41f.). A congregation should be a living reality seven days a week. It should include prayer meetings, Bible studies, prayers and worship in the home, small gatherings of even two or three, and regular ministry to the sick and those in need.

This is where the deficiency of our churches was most obvious, in what was not done, or rarely done, during the pandemic. Congregants, who were not able to congregate in a church building, had very few options or little guidance for much-needed spiritual support in the home or fellowship elsewhere or by other means—other than watching a service by internet. Many were at a loss without access to the building.

This raises the question of how prepared are we if churches are again closed and Christian worship therein is proscribed by a persecuting state. This is a possibility in many countries now and in the future. In a sense, the coronavirus might prove to have been a dress rehearsal for future persecution.

Any plan for worship in the future should include provisions for worship elsewhere. We can prepare by expanding our sense of Christian community beyond the building into our homes and smaller gatherings throughout the week. We should be doing this anyway, for the life of a congregation should consist of much more than a couple of hours on Sunday morning.

While we must resist state efforts to suppress our churches, we are warned by our Lord that his church will be hated and persecuted. Modern religious freedom is more the exception than the rule. We must prepare by having deeper Christian communities than we now have so that there is a robust Christian community life that can go underground if need be.

This call to renew and deepen our Christian communities is a theme of The Benedict Option, while preparedness and resistance is a theme of Live Not by Lies. Dreher relates how Christians in Czechoslovakia created underground support and networks before the Communists came into power because they saw it coming. In the Soviet Union many Christians prayed, worshiped, confessed, and were counseled in country homes, attics, even in the prison barracks. Letters of spiritual counsel were hand-delivered. Bibles and religious books were smuggled in, clandestine meetings were held, Communion services celebrated. The faith was kept despite limited access to church buildings, despite the danger of arrest and imprisonment.

The presence of Christ in the world is not primarily located in bricks and mortar but in the living faith and witness of its members, and whenever and wherever they gather for Communion with him.

We yet have time and resources to prepare for what may lie ahead. We have more leisure time than our forebears ever had, and we will have to give an account for how wisely we use it. The members of any small congregation collectively could memorize the entire Psalter and the Gospels, and pray the Psalms throughout the week, whether in a church building or not. We have millions of Bibles, printed and online service books, prayers, hymns, homilies, sermons and spiritual readings spanning the entire history of the Church. We have access to the internet—for now.

Christian historian Rodney Stark attributes the phenomenal growth of Christianity to the way Christians lived in the Roman Empire. Even to meet on Sundays, they rose early and gathered for worship in homes before going to work. What would they have done with the leisure time that we enjoy? Without it, they turned the world upside down. Can we not keep faith with them by turning our daily lives right side up, putting Christ first and making our churches light and salt beyond the confines of brick and mortar on Sundays? Our children, our grandchildren, and the young people showing up at our doors may be banking on it.