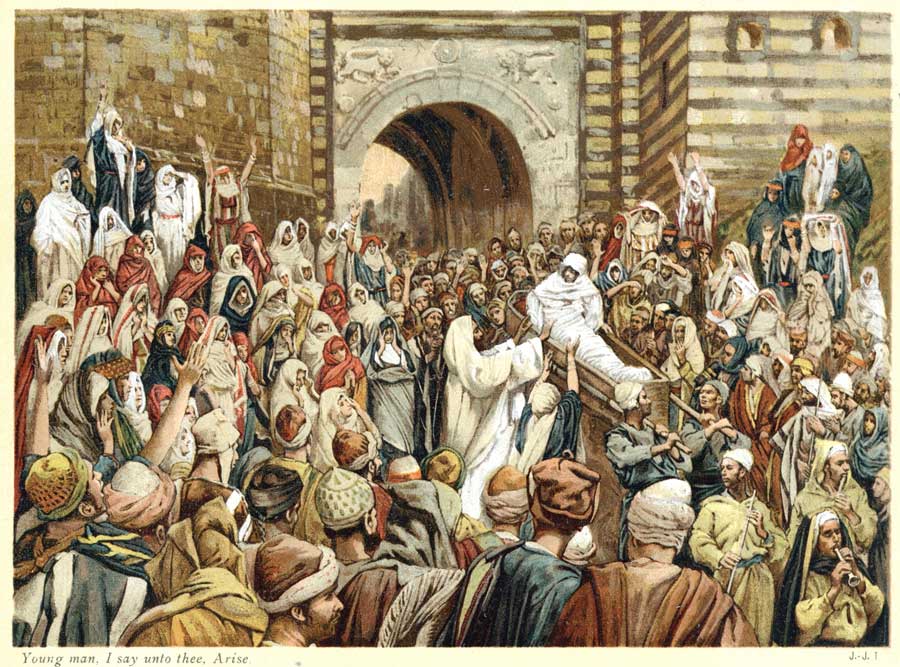 Kevin Raedy on Why a Christ Without Miracles Is Safely Ignored

Several years ago, I found myself at a small social gathering of little consequence, one that I likely would not remember at all but for a single line uttered in conversation. The discussion had somehow turned to the subject of Christianity, and someone pronounced—with a subtle hint of deprecation in her voice—that the important thing is to focus on the teachings of Jesus, rather than concern oneself with the person of Jesus. Before anyone who found himself suitably provoked by that proclamation could formulate a reply, the conversation veered off in another direction, and so ended the evening's discourse on theology.

I have to confess that I'm never quite sure what one intends with that canard, as if the teachings of Jesus would retain any coherence should the person of Jesus be neatly parsed out and discarded. But more immediately, when people make this sort of claim, I tend to wonder how long it has been since they last cracked open a Bible. Do they know what Jesus says about marriage and divorce? Fornication and adultery? Lying, greed, lust, and envy? Judgment? Have they actually read the Sermon on the Mount—and if so, are they meeting their enemies for coffee and picking up the check?

One obvious implication of this stance—that Jesus was a fine teacher, but it all ends there—is that the miracles attributed to him in the Bible never really happened. The feeding of the five thousand was not a literal multiplication of loaves and fishes; rather, it was the "miracle" of caring and sharing. The water turned to wine, the calming of the storm, the casting out of demons, the raising of Lazarus—let alone Jesus' virginal conception and Resurrection—these were all, at best, metaphors intended to lead us to a "spiritual truth," at worst, hagiographical myths concocted by admiring followers. When Thomas Jefferson took a razor to Scripture, excising all of the miracle stories from his Bible, it was this watered-down, demythologized, philosopher Jesus that he thought worth preserving.

But this sort of contrivance won't square with the biblical record itself, with the very texts that contain those teachings that the "great teacher" cohort claims to find so compelling. When the Bible tells us, in other words, that "the crowds were astonished at [Jesus'] teaching, for he taught them as one who had authority" (Matt. 7:28–29), it is a failure of interpretation to suppose that he spoke with excellent diction and a strong voice (although he may well have), strategically punctuating his key points with a fist to the lectern.

Rather, it means that against the backdrop of the Law and the prophets and the teaching of the scribes—all that was understood as the ancient and insuperable authority by which they lived their lives and worshiped God—Jesus was proclaiming something that was fundamentally new. His audience, those who actually heard his teaching firsthand, sensed the very presence and manifestation of authority on an order they had never encountered before; his words were infused with a power that could emanate only from the divine. From someone, in other words, with the capacity to perform miracles.

Why does this matter?

In the sixteenth chapter of Luke's Gospel, Jesus tells the parable about an unnamed rich man and a poor man named Lazarus. The story is narrated as a back-and-forth between the rich man, who, having lived a life of luxury and extravagance, is now suffering the torments of hell, and Abraham, who is comforting Lazarus in heaven. The rich man asks Abraham to send Lazarus back to his surviving brothers with a message of warning, so that they might repent and avoid his own fate. "But Abraham said, 'They have Moses and the prophets; let them hear them.'" The rich man persists, and Abraham replies with finality, "If they do not hear Moses and the prophets, neither will they be convinced if someone should rise from the dead" (Luke 16:29,31).

Jesus was no doubt targeting the Pharisees here; he had been wrangling with them—over the love of wealth, no less—just before he told this parable. But I also take that final rejoinder to indicate that persistence in willful disbelief can cross a line such that even miracles lose their potency to convince, to bolster one's faith.

Kevin Raedy holds MTS and ThM degrees and writes from Hillsborough, North Carolina, where he lives with his wife and two children. He has published in the journal Nova et Vetera and at Aleteia.org.