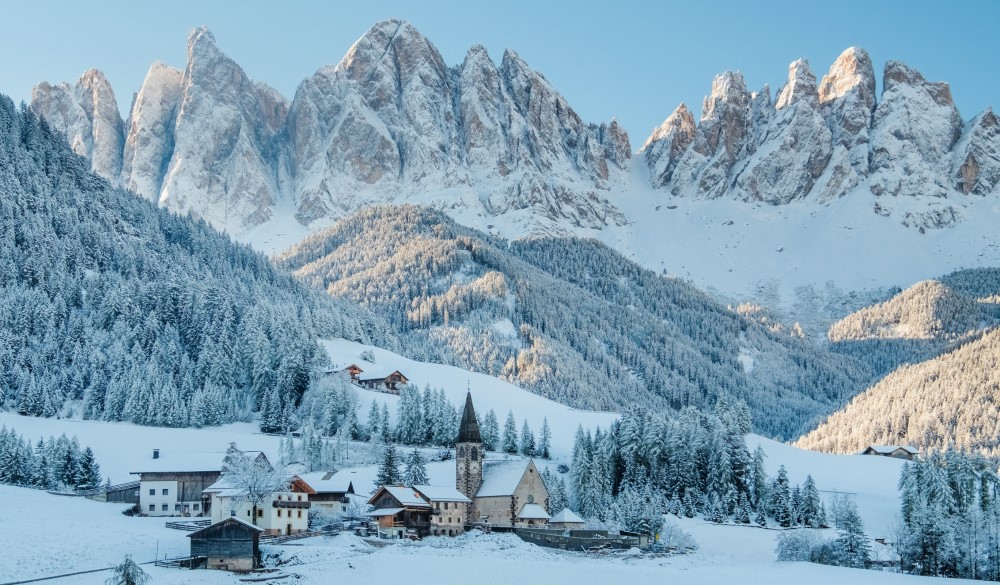 The Order of Loves Jesse Russell

The Order of Loves

The Virtue of Nationalism by Yoram Hazony

"Going therefore, teach ye all nations; baptizing them in the name of the Father, and of the Son, and of the Holy Ghost." (Matt. 28:19)

Terrence Malick is one of the few contemporary Christian filmmakers who combines a sincere (if, at times, apparently unorthodox) faith with tremendous creative ability. His most recent film, A Hidden Life (2019), tells the story of Blessed Franz Jägerstätter, an Austrian farmer who was martyred for refusing to swear the oath to Hitler required by the Wehrmacht, into which he was conscripted. As he holds fast to his loyalty to the Christ of compassion and mercy above the mad and cruel Caesar ruling the Third Reich, the courageous and pious Franz is forced to endure incredible physical and mental torture and, finally, a gruesome death under a guillotine.

Malick's film is a tour de force that explores the nature of good and evil and the meaning of human suffering and love, mainly through a Christian theological lens. But among its central themes is the question of patriotism, or what, since the 2016 election, increasingly has been called "nationalism." Franz, exquisitely played by German actor August Diehl, is a lover of his village of Sankt Radegund, nestled in the Alpine foothills of Upper Austria, and his wife affectionately calls it "our village." Franz seems to be an Austrian patriot as well—his father had, in fact, died while serving for Austria in the First World War.

At the same time, however, Franz objects to the German-Austrian effort to conquer much of Europe. In one exquisite and pointedly theological scene, set amid the tall grass surrounding a hilltop church, he tells his pastor that those who are defending their homeland against German aggression are the true heroes. Imperial conquest, genocide, and euthanasia are, Franz believes, in direct contradiction to the Christian just war tradition, and resistance to the ambitions of the Nazi regime is a moral imperative.

The humble and parochial nationalism of A Hidden Life's Franz Jägerstätter echoes, at least on one level, Yoram Hazony's clarion call for a return to an anti-imperial nationalism in The Virtue of Nationalism, one of the most important theo-political books of the last ten years. But on another level, Hazony's vision is hindered by his misreading of the essentially "universalist" character of Christianity, by his failure to grasp the importance of grace and charity in Christian thought, and by his apparent ignorance of the eschatological perspective that ultimately undergirds the Christian political vision.

In The Virtue of Nationalism, Hazony, an Israeli biblical scholar, argues that, rather than being a vessel of hatred and chauvinism, nationalism is an entirely natural phenomenon that allows for a multi-polar, ethnically diverse, and tolerant world. It is the outgrowth of what he calls a "four-tier hierarchy," which proceeds from family to clan to tribe to nation. The concept of the nation branching out from the family leads people to see their own country as a sort of extension of the family, such that their individual interests are tied to the collective interests and good of their country.

As part of his historical narrative of the emergence of nationalism, Hazony covers its early incarnations in ancient Greece and the city-states of northern Italy, as well as contemporary Asian examples, such as India, Japan, and South Korea. But he ultimately finds the roots of his vision of the nation in the Old Testament, with its example of the Hebrews as a nation of brothers under the rule of a king drawn from the people. To counter allegations of racism, he notes that the ancient Hebrews were able to accept and incorporate members of other tribes into their nation, as long as they adhered to the culture and customs of the Hebrews.

According to Hazony, nationalism in the West is largely a positive "Protestant" phenomenon that grew out of the theological and political efforts of northern European countries to break free from the German imperial and Catholic ecclesiastical dominance of the Middle Ages. For him, the primary obstacles to "positive" nationalism—and the true sources of hatred, ethnic chauvinism, and genocide—are imperialism and universalist movements, which he regards as essentially totalitarian.