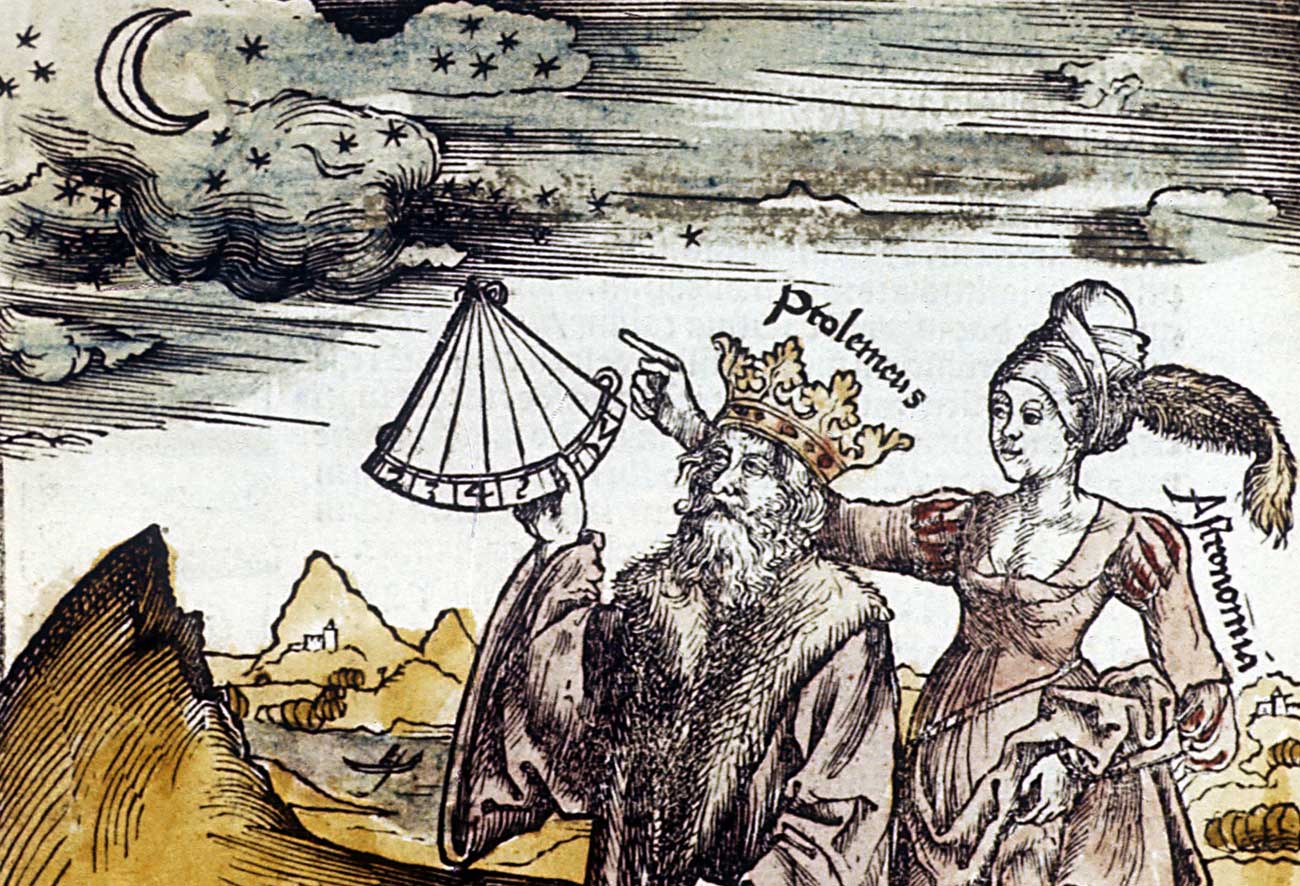 In his brief preface to The Discarded Image—his summary of what he calls the Medieval Model of the Universe—C. S. Lewis compares a certain kind of reader to "travellers who carry their resolute Englishry with them all over the Continent, mix only with other English tourists, enjoy all they see for its 'quaintness', and have no wish to realise what those ways of life, those churches, those vineyards, mean to the natives." This "tourist" mindset describes "those who prefer not to go beyond the impression, however accidental, which an old work makes on a mind that brings to it a purely modern sensibility and modern conceptions."

Those with such a mindset often make unconscious anachronisms, one of which is revealed in the modern belief that "geocentric is egocentric." This belief rests on the assumption that "center-hood" has always carried within it an essential priority, a primordial connotation of privilege. Hence, anyone who believes that the earth lies at the center of the cosmos and that the other heavenly bodies revolve around it also believes that the earth, and by extension the people on it, occupy the most privileged position in the universe. Since the Medievals were geocentric, they were also egocentric. Such is the popular modern notion concerning Medieval man's beliefs.

But it is not an accurate notion. For us moderns, geocentrism may be simply another manifestation of typical human egocentrism, but to the Medievals, the opposite was the case: "center-hood" for them implied an unenviably low position in the cosmic hierarchy.

Yet the modern notion that geocentrism has always been inherently anthropocentric, and therefore egocentric, is a largely unquestioned assumption. For example, a popular work on astronomy claims that, "for the longest time, we Earthlings reigned at the center of the universe. . . . And frankly, we loved believing that everything revolved around us. The earlier geocentric model was also a pleasantly egocentric model" (Star Struck: Seeing the Creator in the Wonders of Our Cosmos, 2016). And a current astronomy textbook describes "the Copernican principle" as the "removal of Earth from any position of great cosmic significance" (Astronomy Today: Volume Two: Stars and Galaxies, 2018).

Such passages echo the voices of the early moderns who first invented this narrative. Bernard le Bouvier de Fontenelle wrote in the late seventeenth century: "I am extremely pleased with [Copernicus] for having humbled the vanity of mankind, who had usurped the first and best situation in the universe." De Fontenelle goes on to explain the root cause of the geocentric blunder, saying, "the same inclination that makes us endeavor to have the first place in a ceremony prevails with a philosopher, in composing his system, to place himself in the center of the world if he can" (found in The Book of the Cosmos, D. R. Danielson, ed., 2000).

In this last quotation, especially, we have a clear example of what Lewis calls "Bulverism," the practice of overlooking someone's reasons for holding the view he does and instead attributing his belief to some personal cause, as echoed in the familiar accusation, "You only believe that because. . . ." The notion that believers in the geocentric model of the universe held that belief because of their naïve egocentrism has long since been assumed as a fact.

This modern notion does not, however, reflect what Medievals actually thought about themselves. As Arthur O. Lovejoy points out in The Great Chain of Being (1960)—a work Lewis cites three times in The Discarded Image—contrary to modern assumptions, geocentric cosmology was based on "the Aristotelian notion that the central position is a peculiarly degraded one." Lovejoy elaborates:

For the centre of the world was not a position of honor; it was rather the place farthest removed from the Empyrean [the highest sphere and home of the divine], the bottom of creation, to which its dregs and baser elements sank. The actual centre, indeed, was Hell; in the spatial sense the medieval world was literally diabolocentric [devil-centered].

We see the spiritual meaning of this cosmology explored in Dante's Divine Comedy. In that work, in the spiritual hierarchy of the world, the earth hovers between Limbo, the courtyard of the Inferno, and Purgatory, the courtyard of Paradise. Going further "up" means approaching Holiness himself; going "down," toward the "center," means approaching the deepest circle of hell, where Lucifer is lodged eternally.

Phillip Piper is a recent graduate of the Templeton Honors College at Eastern University, St. Davids, Pennsylvania, and is currently a Ph.D. student in philosophy at the Catholic University of America in Washington, D.C. He is originally from Kitchener, Ontario, Canada. When at home, he attends his childhood church, First Baptist Church in Waterloo, Ontario.