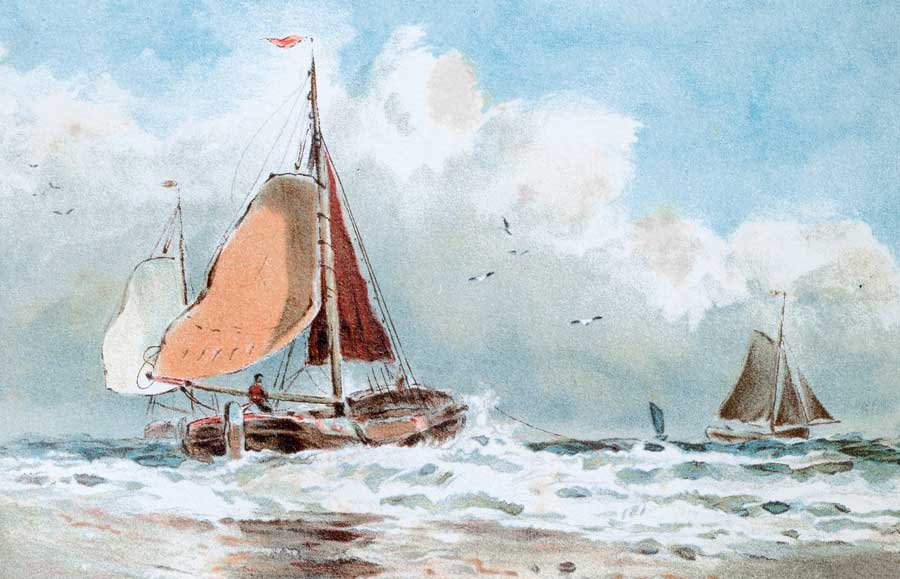 Louis Markos on the Necessary Limits on the Wandering Christian Mind

How far is too far? The Nicene Creed is clear about the Trinity, the Incarnation, the Atonement, and the Resurrection, but is there any leeway for free and speculative thought in the interstices between those central doctrines? To what extent can the Christian, to borrow a line that William Wordsworth used of Isaac Newton, voyage on "strange seas of thought," yet still return safely to the port of orthodoxy? Given the increasing number of Christians who feel no compunction about bending the Scriptures to fit their own "progressive" notions about God, man, and the universe, this question is not merely an academic one.

To answer that question, I would like to offer up a model for the wandering Christian mind that explores, and navigates, its possibilities and its limits, its joys and its dangers. I take that model, not from a book of philosophy or theology, but from a 200-year-old poem composed by Wordsworth's friend and fellow Romantic poet, Samuel Taylor Coleridge. In "The Eolian Harp," Coleridge, who matured into one of the finest Christian thinkers of the nineteenth century, muses on and wrestles with the beauties and mysteries of the universe. Without cutting himself adrift from the moorings of orthodoxy, the poet bravely allows his mind to wander over uncharted seas.

"The Eolian Harp" is generally considered to be the first of Coleridge's "Conversation Poems," a group of highly personal lyrics that attempt to give poetic shape to that most insubstantial of things: the mind thinking. In these poems, it is the thought itself, and the force of mind behind it, that gives unity and balance to the poem, and not vice versa; though each of the poems has a different setting and expresses different ideas and different moods, they all share a common joy in the actual process of thinking and celebrate the ability of the human mind to make associations and to fuse idea with idea, image with image.

On the Ship of Meditation

As the poem opens, we discover the poet in a homely, domestic setting, sitting quietly on his front porch with his silent, pensive wife at his side. The poet looks out from his porch onto a pastoral, almost Edenic world of peace and harmony, a "world so hushed!" that even "The stilly murmur of the distant Sea / Tells us of silence" (10–12). But then, slowly, rising and falling in the stillness of the evening, Coleridge discerns the sound of an Eolian (wind) harp:

And that simplest Lute,
Placed length-ways in the clasping casement, hark!
How by the desultory breeze caressed,
Like some coy maid half yielding to her lover,
It pours such sweet upbraiding, as must needs
Tempt to repeat the wrong! And now, its strings
Boldlier swept, the long sequacious notes
Over delicious surges sink and rise,
Such a soft floating witchery of sound
As twilight Elfins make, when they at eve
Voyage on gentle gales from Fairy-Land. (12–22)

The mind of the poet is caught up in the swelling sound and begins, too, to rise and fall, entranced by a music not made by human hands. It is as if, for a moment, his mind joins in a deeper harmony, is caressed and played on, like the harp, by a force and a motion invisible to the eye.

Inspired and uplifted by this bodiless force, the poet leaves behind his mundane, concrete setting to voyage on his ship of meditation:

O! the one Life within us and abroad,
Which meets all motion and becomes its soul,
A light in sound, a sound-like power in light,
Rhythm in all thought, and joyance everywhere—
Methinks, it should have been impossible
Not to love all things in a world so filled;
Where the breeze warbles, and the mute still air
Is Music slumbering on her instrument. (26–33)