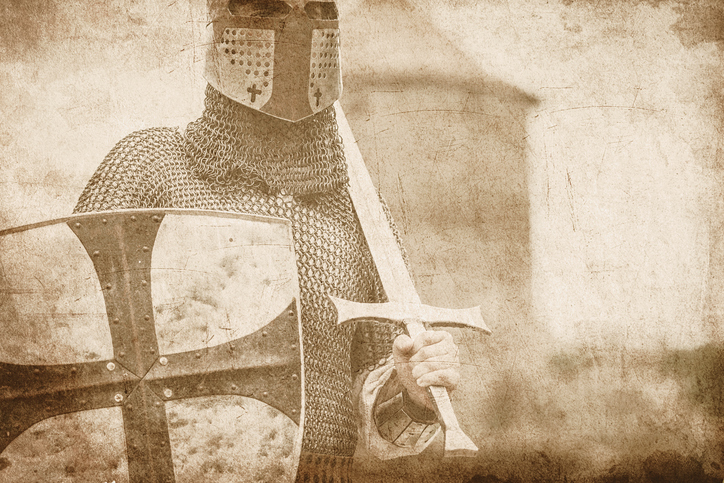 The Feminine Hero by Nathanael Devlin

The Modern Versions Are Neither Feminine nor Heroic
by Nathanael Devlin

As it was for many others who grew up in the late 1970s and early 1980s, the Star Wars saga was firmly established within my young imagination. I've come to cherish—with youthful bias—the original trilogy of movies, holding a presumptive disdain for the heavily CGI'd prequels and a guarded optimism about the direction of the franchise under the ownership of Disney and the directorial guidance of J. J. Abrams. Last winter, along with thousands of others, I succumbed to my curiosity and fulfilled my responsibility to the next generation of Star Wars fans by taking my wife and two children to see the newest episode, Star Wars: The Force Awakens.

In this movie we are introduced to Rey, the new lead character. Because she takes over the character arc of Luke Skywalker, some have suggested that Rey is Star Wars' first female protagonist. That may be, but she is only one of a plethora of female heroes to be found in contemporary comic books, television shows, and movies.

In October 2015, Marvel Comics presented fans with a female Thor, depicting Jane Foster as the rightful heir to the mythical hammer, Mjolnir. Jessica Jones is the no-nonsense, hard-drinking, superhumanly strong antihero of the eponymous web TV series developed successfully by Netflix. Mad Max: Fury Road introduces us to lead character Furiosa, a highly intelligent veteran of wasteland survival, a shrewd truck driver, and an exceptionally talented warrior. And just this summer we were treated to a reboot of the 1984 film Ghostbusters with the original leads recast as female characters.

Female leads are, of course, not new to literature, TV shows, or movies, but the standard or ideal for modern heroines is new and still developing. Two characteristics, however, seem indispensible for a modern female hero: toughness and a supremely high level of competence.

Some will say that this true of any hero, asking, "What weak and bumbling idiot can save the day or even command our attention?" It is true that heroes of either sex must be competent enough to complete their task and resilient enough to stand up against and defeat the enemies of their quest. But a hero worthy of our attention does not start out as such, but develops into one as he overcomes his weakness and fear and grows in wisdom and strength. A hero also recognizes that true strength and wisdom include personal sacrifice.

Most modern female heroes do not develop in strength or wisdom; they start out with all the requisite grit, fortitude, ferocity, and know-how to get the job done. Few make personal sacrifices; that looks too much like defeat, and besides, they are unnecessary when one's competence and strength are enough to win the day. A few modern heroines defy this rule, such as Katniss Everdeen in The Hunger Games, who progresses in her heroism. But most simply arrive on the scene already fully resilient and self-sufficient. Long gone are the days of the woman in need of rescue.

The plot of The Force Awakens, in fact, revolves around—relies on—Rey's martial abilities. It also gently mocks the characters who would doubt those abilities. Finn, in particular, repeatedly attempts to inject chivalry into situations where chivalry is drastically out of place. During a fight the pair has against the First Order troopers, he runs over to Rey in an attempt to rescue her—only to realize that her attackers have already been neatly dispatched with [sic]. When Finn grabs her hand as they flee, she snaps, "I know how to run without you holding my hand." (A few moments later: "Stop taking my hand!") When Finn asks her, after another battle with intergalactic baddies, "Are you okay?" she shoots him a why-wouldn't-I-be look. She replies, simply, "Yeah."

They're good jokes, but also loaded ones. . . . The broader joke embedded in all these small ones is that all the stuff that makes for chivalry (and inequalities, and patriarchy, and if you stretch things only a teeny bit, maybe even gender itself) is itself extremely contingent. It would never occur to Rey that she would be in need of chivalry's attentions. She has neither the luxury nor the burden of being a damsel in distress; she's too busy surviving. She fights alongside men and women and droids, superficial matters of identity—clothing, appearance, even gender—all subsumed under bigger questions that come down to, basically: "Can you fight?"

Nathanael Devlin is the Associate Pastor at Beverly Heights Presbyterian Church (EPC) in Pittsburgh, Pennsylvania. He is a graduate of Trinity School for Ministry in Ambridge, Pennsylvania. He and his wife have three children and live in Mt. Lebanon.

more on feminism from the online archives