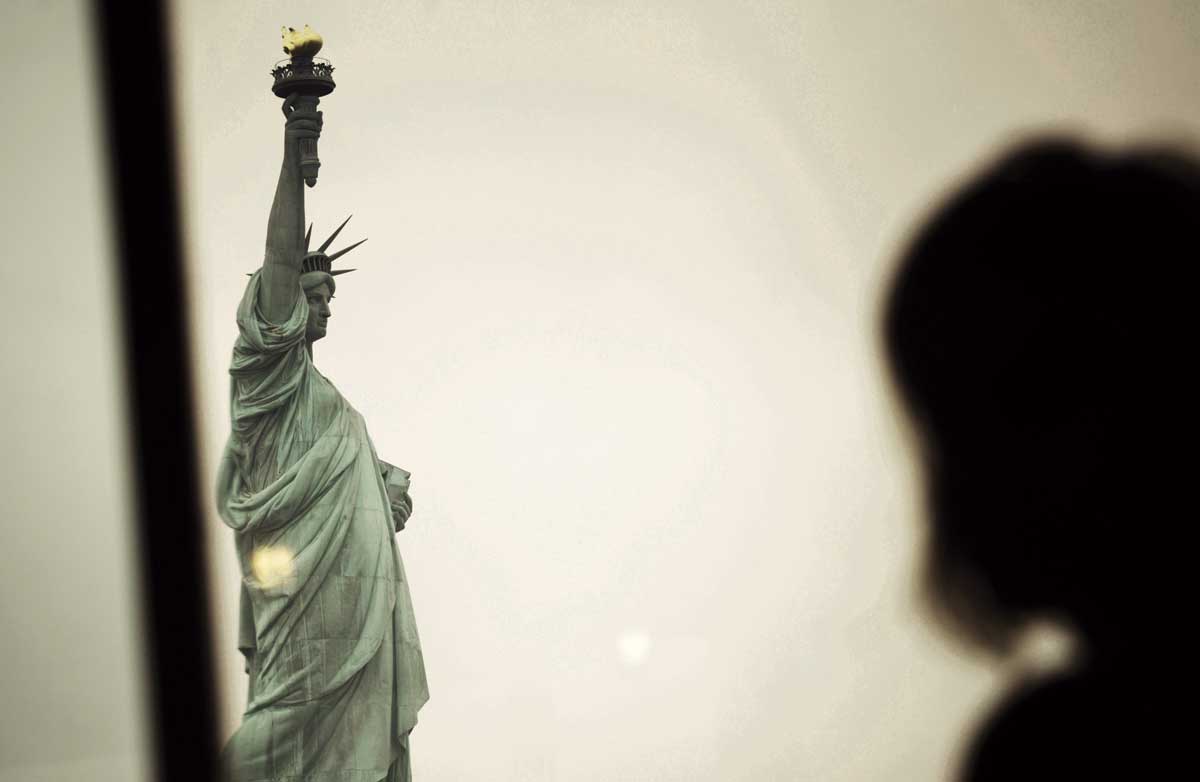 Getting the Origins of Religious Liberty Right Matters
by Matthew J. Franck

Around the world, religious freedom is threatened. In some places the threat is immediate and deadly, as when the terrorists of the Islamic State murder Christian martyrs for an international audience, and openly avow their intention of wiping out ancient communities of Jews, Christians, Yazidis, and Muslims who do not conform to their views. In other places the threat seems trivial by comparison, since no physical violence is employed, yet quite real pressure is applied, as when Catholic Charities adoption services lose their state licenses because they will place children only with families headed by a married man and woman, or when the federal government threatens the Little Sisters of the Poor with crippling fines because they will not compromise their witness to the Church's teaching on contraception.

In all these cases the freedom to witness to the truth is under assault. But let us not forget that the first requirement of bearing witness to the truth of one's faith is to live that truth, to act on it, in public as well as private. It is a poor witness who is reduced to saying, "Here is what I believe is right and good and true, but I do not live according to it because others with power over me will not permit it." To say the truth but not live it is a pitiable condition—and if we are not permitted to live the truth, it will not be long before we are not allowed to say it, either. It is imperative, therefore, that we never retreat from "I will" to "I would but cannot."

One reason why religious freedom is in trouble is that its intellectual underpinnings are misunderstood. This is a problem both philosophical and historical, and it can be traced to the choice our culture has made between two stories of religious freedom's origins.

The First Origin Story: The Myth of the Secular Enlightenment

According to the standard account widely taught today, religious freedom was a discovery, or invention, of the secular Enlightenment—perhaps somehow springing fully grown from the brow of Thomas Jefferson, though its origins might be traced to earlier thinkers such as the seventeenth-century Englishman John Locke. The narrative thread here is that, following the violence in the name of religion that underlay the Thirty Years' War and the English Civil War, a hardy band of revolutionary thinkers, intent on achieving peace and stability, developed wholly new political principles that would reduce the chances of such conflict in the future. As the historian of Christianity Robert Louis Wilken has written, in this account John Locke was "the architect" of religious freedom and his Letter Concerning Toleration, published in 1689, was the "charter document" of the new politics.

In this origin story, the political and legal principles of religious freedom were the work of thinkers who were secular, Deist, or irreligious, and who preached a rigorously secular politics of radical individualism, in which religion is essentially privatized, i.e., relegated to the church on days of worship and to the home on every other day. The most salient political feature of religion, in this view, is that it causes conflict and division wherever there is a plurality of religious beliefs. This means that either the state must adopt one religious dispensation as the officially established church and brook no competition with it—the option recommended by Thomas Hobbes in the mid-seventeenth century—or it must see to it that religion is strictly separated from political life, so that its many voices are neutralized—the view attributed (rightly or wrongly) to Locke.

In the United States, accordingly, this origin story sees the "no establishment" provision of the First Amendment as our most important constitutional principle. As Leonard Levy, a secularist historian of this constitutional provision, said three decades ago, "the establishment clause functions to depoliticize religion; it thereby helps to defuse a potentially explosive situation. The clause substantially removes religious issues from the ballot box and from politics." The upshot of this reading of our constitutional principles is that all expressions of religion in the public square are treated with suspicion as the harbingers of an incipient theocracy, a theocracy that would move from the potential to the actual if the particular religious view on offer were to become influential in the making of public policy.

Other interesting conclusions follow from this secularist or "separationist" view of the relation between religion and politics. One is that we could do with a lot less of this dangerous sort of thing, and that it would therefore be altogether good if the freedom to profess any faith, coupled with a strict rule that religious considerations never intrude on our political life, resulted in the gradual attenuation of religion altogether—the "secularization" of society being an expected and welcome result of modernization and the spread of freedom. Religion is "potentially explosive"; freedom of religion makes it less so, and it does this chiefly by leading people gently out of their benighted condition as religious believers into more rational ways of thinking by introducing them to one another across the lines of difference, until each one realizes he has no true ground to prefer his own inherited belief to another and comes to believe it less and less. Thus does a free society proceed from toleration of religious difference to the positive achievement of religious indifference.

As one can already detect, there is a strong prejudice in this secularist origin story—where there is not in fact an outright declaration—that religion is irrational. This prejudice may make its appearance in a soft form, holding that religion has to do with matters beyond the reach of reason—so far beyond, in fact, that religion resonates on an altogether different and incompatible wavelength from the one where reason functions. Religion is "spiritual" or concerned with "higher values" or "eternity," but here on terra firma we had better take our bearings, in our social and political life together, from principles that our shared practical reason can adjudicate. Consider this the "religion is too lofty and therefore irrelevant to earthly affairs" prejudice.

But this soft, seemingly friendly view of religion easily converts into its much more hostile sibling—the view that religion is not so much beyond reason as beneath it, belonging to an earlier age of mankind's infancy, an age of superstition and mumbo-jumbo. This is the "religion is backward and gets in the way" prejudice, and it has shown up in the most respectable circles ever since Karl Marx declared religion the "opiate of the masses," something hindering society's progress but on its way to extinction in any event. So the atheist scholar Daniel Dennett believes that in our information-saturated age, religion is—happily, in his view—on the way out because the leaders of faith communities cannot keep their flocks from educating themselves in ways that will shake their devotion to old beliefs that depended on their ignorance of alternative ideas.

Matthew J. Franck is the director of the William E. and Carol G. Simon Center on Religion and the Constitution at the Witherspoon Institute in Princeton, New Jersey.