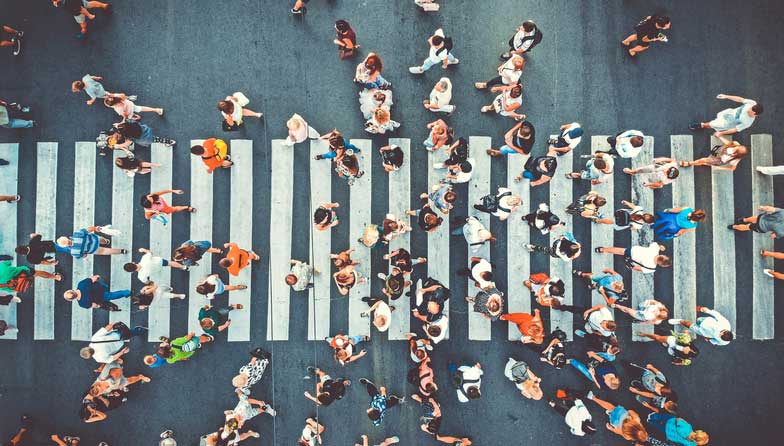 In Yonder Stalled by Matthew Anderson

The Silence of Animals: On Progress and Other Modern Myths by John Gray

In a series of profound and unsettling publications over the past decade, John Gray, emeritus professor of European thought at the London School of Economics, has argued that we are not really so different from our less-enlightened ancestors. Gray contends that most modern people struggle through life clinging to fragile and often incoherent beliefs about reality just as their forebears did, creating mythologies to preserve existential meaning and significance. His original thinking on these subjects may be found in his controversial 2002 book, Straw Dogs: Thoughts on Humans and other Animals. Gray has elaborated and sharpened some of these ideas in his latest work, The Silence of Animals: On Progress and Other Modern Myths (2013).

On What We Used to Know vs. What We Know Now
by Thomas Howard

Herbert J. Muller's "The Uses of the Past"
by Thomas C. Reeves

The Last Superstition: A Refutation of the New Atheism by by Edward Feser
reviewed by Graeme Hunter

In his new book, Gray employs a diverse cross-section of literary, historical, and philosophical sources to support his view that some of the most cherished beliefs of modern Western culture are probably myths. As the subtitle suggests, much of the book is devoted to deconstructing what he calls the "myth of progress," a vague but ubiquitous belief that human societies are slowly but inexorably advancing out of darkness into a brighter future, guided by reason and science. He believes that the myth of progress constitutes the "chief consolation of modern humankind," and his book uncovers and interrogates this deep-seated societal conviction.

The Roots of the Progress Myth

To appreciate Gray's challenge, several distinct lines of argumentation need to be grasped. The first of these is an exercise in intellectual genealogy and involves tracing the modern myth of human progress back to its Christian origins. In contrast to ancient civilizations, which frequently held that their most glorious periods were located in the past, or with Eastern cultures, which have often understood history as an endless cycle, many people today assume we are progressing. Where does this assumption come from? According to Gray, the unexpected answer is that the modern myth of universal progress is in part a secularized reformulation of Christian theology.

The Christian faith disseminated the idea that world history is actually headed somewhere and that the human race has the possibility of redemption. Gray argues that these old doctrines, now disguised in pseudo-scientific jargon about societal evolution, have been reincarnated for the modern world. "Many transmutations were needed before the Christian story could renew itself as the myth of progress," he admits. "But from being a succession of cycles like the seasons, history came to be seen as a story of redemption and salvation, and in modern times salvation became identified with the increase of knowledge and power." Thus Gray proposes that Christianity, far from being a religion opposed to progress, is the ground from which belief in the inevitability of human progress arose.

Neither Scientific nor Reasonable

Although many modern people claim strict allegiance to science and reason, a second strand of Gray's argument contends that the myth of progress is neither especially scientific nor reasonable. Doesn't modern evolutionary theory explain human progress and justify our belief in it? We often hear that it does, but Gray ruthlessly exposes this as fallacious, and he does so as an atheist thoroughly committed to the essential components of Darwinism. Evolutionary theory (in its truly atheistic variations) flatly denies that the progress of human civilization is somehow the end goal of fifteen or twenty billion years of cosmic history. The universe, he contends, has no interest at all in the progress or sustainability of human societies.

Despite their fondness for using science to bludgeon religious believers into intellectual submission, secular humanists often lose their ideological nerve in attempting to ensure that human beings remain the central characters in the cosmic story. Gray refers to this anthropocentric tendency, which undergirds the myth of progress, as the "myth of human uniqueness," which, ironically, has more in common with the book of Genesis than anything secularist science is able or willing to endorse:

Matthew Anderson is a doctoral student in Religious and Theological Studies at Georgetown University, and a research assistant with the Berkeley Center for Religion, Peace and World Affairs. An Anglican priest, he has served in Washington, D.C., and Egypt.