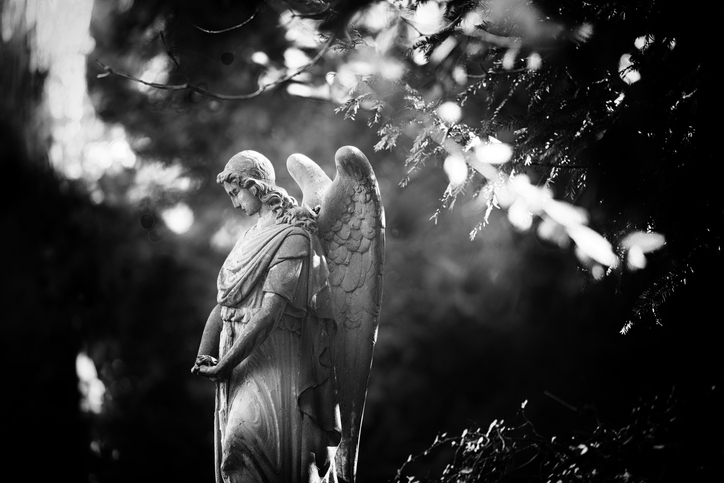 David C. Brenner on the Cutting Edge of God's "Peace on Earth"

Many have heard the message of the angels to the shepherds at Jesus' birth, even apart from church services, thanks to the greeting-card industry and the Charlie Brown Christmas Special. But "peace on earth, goodwill toward men," sufficiently inoffensive to be a perfect holiday greeting in postmodern America, is also misunderstood. The more exact rendering is "peace on earth to men with whom God is pleased." For the peace announced by the angels has a meaning within a larger biblical context, especially Jesus' teachings, that is unlikely to be popularized by the greeting-card industry.

If God intended to usher in peace on earth by sending Jesus, the results so far have been underwhelming. Since Christ's birth, there has been a procession of wars and mass murder, not to mention lesser, everyday acts of violence and mayhem.

So the angels weren't referring to wars and hostility between people. They were referring to the rebellion of man against God. They were declaring peace to human insurgents who were alienated from God's goodness and truth. God's peace treaty extends vertically, between God and man, rather than horizontally, between and among people.

Ironically, the peace that God offers in Jesus often results in even greater alienation in our horizontal relations. Consider Jesus' sobering words: "Do you think I came to bring peace on earth? No, I tell you, but division. From now on, there will be five in one family divided against each other, three against two and two against three" (Luke 12:51–52).

The idea that from birth we are at war with God is an unwelcome one in our self-esteem-obsessed culture. But Jesus' ministry and teachings and the cross he endured make no sense unless this is true. The Apostle Paul didn't mince words when he wrote to the Colossians: "Once you were alienated from God and were enemies in your minds because of your evil behavior" (Col. 1:21). He also described this alienation in Romans: "For although they knew God, they neither glorified him as God nor gave thanks to him, but their thinking became futile and their foolish hearts were darkened" (Rom. 1:21). Paul says that although we all innately know that a righteous God exists, because this is plainly seen in the majesty, complexity, and beauty of creation, and is revealed to us through our God-given sense of right and wrong, we still suppress this discomforting knowledge (cf. Rom. 1:18–20; 3:14).

Since the fall of mankind, we are from birth naturally predisposed against submission to God. We have a deeply rooted spiritual deadness that continually resists God and his ways, and this deadness is revealed in our thoughts, words, and deeds. It prevents us from desiring to know the true God, but it does not suppress our desire for worship. But in our lost condition, we worship, or idolize, anything and everything that isn't God.

When God himself became incarnate, he was rejected. As it is put in the Gospel of John: "This is the verdict: Light has come into the world, but people loved darkness instead of light because their deeds were evil. Everyone who does evil hates the light, and will not come into the light for fear that his deeds will be exposed" (3:19–20). This reminds us of what the Bible says elsewhere, that there is no one who seeks God (cf. Psalms 14:2–3; 53:2–3).

Hence, while Jesus' life and sacrificial death are absolutely necessary for our redemption, they are not sufficient. Absent a heart that believes and trusts God—something no heart is able from birth to do—Christ's death has no salvific effect.

How, then, can anyone be saved? When asked this by his disciples, Jesus' gave a remarkable answer: "With man this is impossible, but with God all things are possible" (Matt. 19:26). God alone is able to transform a darkened rebel heart into one that trusts him for salvation. Which raises a different question: On what grounds or basis does God perform this transformational work that converts rebels? Grace is the usual answer.

Jesus told an offensive story about a landowner who hired some men to work in his vineyard (Matt. 20:1–16). He hired workers early in the morning and agreed to pay them a day's wage, one denarius. He then went out periodically throughout the day and hired more men, at 9:00 a.m., and at 12:00, 3:00, and 5:00 p.m., telling them each time that he would pay them what was right.

At the end of the day, the landowner told his foreman to pay the workers, beginning with the last ones hired. The fellows who were hired at 5:00 p.m. each got one denarius, so those who were hired early in the morning and who had worked all day naturally expected more than that. But the landowner paid them what had been agreed upon and not a shekel more.

They grumbled and complained, as I know I would have done. Hadn't Jesus read the Fair Wage Act of a.d. 15? The landowner appears to have been unjust. His bizarre behavior isn't only an affront to our enlightened sense of fairness and common decency—it was also offensive to the "primitive" folks in a.d. 30. So Jesus' listeners expected him to condemn the landowner. Instead, he condemned the grumbling of the workers who slaved all day long for one denarius.

To me, this story is evidence that the gospel isn't a human invention. Any sensible public relations firm in Jerusalem would have advised strongly against the telling of this parable, had Jesus bothered to consult one. They would not have figured out that this story is about grace. Jesus is telling us that God's unmerited favor often comes to the least likely and most undeserving of people.

You can be galled by that fact or rejoice in it. Consider the landowner's response to the grumblers: "Don't I have the right to do what I want with my own money? Or are you envious because I am generous?" (Matt. 20:15).

Jesus is telling us that we'll either get what we deserve (so no one can complain of unfairness) or we'll get something far better—heaven—by grace. For grace is getting what you didn't earn and don't deserve. The works-oriented view of salvation instinctively recoils at the kind of people God saves, which includes crooked government officials, serial killers, drug lords, adulterers, liars, drunkards, tax cheats, thieves, and even shepherds (among the lowliest in ancient Israel).

Many feel they have "earned" heaven by virtue of respectable lives and good works. Although we didn't choose our parents, where we grew up, our educational opportunities, our temperament and personality, our capacity to work and make money, and so forth, we're more than happy to take credit for anything good that our lives might produce. And so we often find it much harder to receive grace, because we sometimes don't see our need for it.

What about the final words of the angels' proclamation: that God is making peace with men "on whom his favor rests" (or "with whom he is well pleased")? Who are the people upon whom God's favor rests? Why isn't it everyone?

Jesus wasn't at all shy in declaring the idea of God's favor to a few. He tells us openly that, "many are invited, but few are chosen" (Matt. 22:14). And when his disciples asked him whether many or few would be saved, Jesus' answer was a sobering "few" (Matt. 7:13–14). Indeed, any reputable PR person would have been appalled at Jesus for his lack of tact and his insensitivity.

This is not only difficult teaching; it's humbling. Jesus is saying that we can't save ourselves, and, in fact, that we won't even see the need for salvation or want to be saved unless God extends favor to us first. In this respect, the New Testament reaffirms what Moses says in the Old Testament: "God has mercy upon whom he has mercy, and he has compassion on whom he has compassion" (Ex. 33:19). That may eat at our sense of fairness, but we might also ask ourselves, "Why does God save anyone at all?"

That God does save is the Good News, which means that he makes peace with rebellious and sinful man—through the one Man with whom God was truly "well pleased," his Beloved Son. And "those with whom he is well pleased" are those who accept the divine peace that comes through the death and resurrection of this "Babe lying in a manger."

Contrary to consumerist and secular currents that render it anodyne, the angel's pronouncement of the first Christmas should challenge, amaze, and lead us to worship, as it did the shepherds of old. •

David C. Brenner is a writer who lives in northern Virginia with his wife and three sons. He attends Potomac Hills Presbyterian Church in Leesburg.