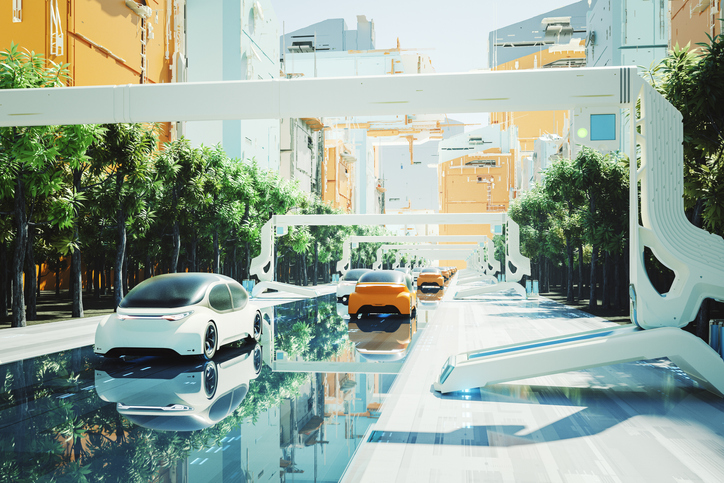 My Correct Views on Everything
by Leszek Kolakowski

For the utopian, heaven on earth seems only a leader or an idea away, but, alas, there is always some sort of religious or reactionary obstacle to overcome. On the totalitarian Left, such obstacles have been left to the firing squads. Communists killed more than 100 million people in the twentieth century to create a Marxist heaven on earth.

But the goal remains elusive. Today, apostles of this faith continue to call for an end to capitalism, war, guns, economic and sexual differences, and laws prohibiting free sex and drugs, including those against abortion. Something seems always to stand in the way of progress, and the utopians are, as always, angry and frustrated.

Polish philosopher Leszek Kolakowski, a former Marxist, understands the utopian delusion better than most. His superb book My Correct Views on Everything is a collection of often scholarly articles focusing upon the widespread aspirations, held and asserted with religious conviction, that have led so many secularists to devote their lives to the creation of a world of peace, freedom, equality, and joy.

He is not a reactionary; indeed, he continues to favor socialist aspirations in general. But he knows where these efforts usually lead and why they fail. As one who studied Marx intensely and lived under Soviet tyranny, he is especially qualified to write about the barbarism, moral chaos, and dictatorship that have accompanied utopianism when utopians had the power to pursue their dreams in practice.

Kolakowski points out that modern totalitarianism, as seen in Russia, China, and fascist Germany and Italy, “is inseparably linked with the history of socialist ideas and movements.” These totalitarian regimes are “bastard offshoots of the socialist tradition.” This accounts for much of the enthusiasm of intellectuals throughout the West for the Soviet Union and China. Stalinism, for example,

exploited all the ideological instruments of the socialist, humanist, internationalist, universalist tradition. It never preached conquest, only liberation from oppression; it never extolled the state as a value in itself, only stressed the necessity of reinforcing the state as an indispensable lever to destroy the enemies of freedom; and it promised, in conformity with Marxist doctrine, the abolition of the state in the perfect world of communism.

Rather than perfection, of course, communism led to dictatorship and slavery.

The only medicine communism has invented—centralized, uncontrolled, state ownership of national assets and one-party rule—is worse than the illnesses it is supposed to cure; it is less efficient economically and it makes the bureaucratic character of social relations an absolute principle.

The dream of economic equality promised by the Left vanished quickly when advocates attained supreme authority. Privilege remained in the grip of a few, as it always had. But Stalin and Mao had far more power than Louis XVI and were much more ruthless.

The ideology of the totalitarians, Kolakowski observes, made a greater claim on the lives of people than any religious faith ever achieved. “Total power and total ideology embrace each other. The individual is reduced to a replica of ideological slogans.” Mercy, compassion, scientific rationalism, and common sense, along with religion, the traditional family, and the rule of law, were sacrificed at the altar of ideological purity and the whims of an uncontrollable oligarchy.

Kolakowski (despite a lame essay on Jesus, included for some unknown reason) is now a Christian. We must trust in God’s justice, he writes, eschewing materialist efforts to right all wrongs on earth. There is nothing wrong with reform, but there is everything wrong with creating or acquiescing in whole states tied to Marxist dogma. We must learn from history or suffer the consequences.

Many continue to think otherwise, of course. Ironically, the decision to adhere to utopian dreams involves anti-intellectualism.

One of the causes of the popularity of Marxism among educated people was the fact that in its simple form it was very easy; even Sartre noticed that Marxists are lazy. Indeed, they enjoyed having one key to open all doors, one universally applicable explanation for everything, an instrument that made it possible to master all of history and economics without actually having to study either.

Also ironic is the fact that, while the utopians in general eschew religion, they are people of faith. “In the leftist heaven everything is compatible and everything settled, lamb and lion sleep in the same bed. Look at the horrors of the world and see how easily we can get rid of them once we make a peaceful revolution toward the new socialist logic.”

Kolakowski might have spent several pages as well on the utopians’ narcissistic side. The goal of a world without restraint, especially sexual restraint, is a high priority. The choice of bed partners can be more important than economic policy in Venezuela to the most imposing of professors.

In the National Cultural Values Survey conducted in the United States and published earlier this year, the overwhelming propensity of “Progressives” to condemn the Christian faith and moral standards was their most distinguishing feature. When asked if people should always live by God’s teachings and principles, only two percent agreed.

Without a supernatural faith and a basic understanding of the fallen nature of man, people of intellect and pride, often espousing the highest motives, will accept (religiously) the worldly utopianism that caused untold suffering and death throughout the twentieth century. (How seldom ordinary people fall for such an illusion, which is why it must be imposed on them, often by violence.)

Communism is the fullest manifestation of that utopianism. Kolakowski observes that it “is not a religion but a caricature of religion which incidentally confirms the theologians’ observation that the Devil is an ape of God.” •

Thomas C. Reeves is a retired history professor who lives with his wife Kathleen in the Wisconsin countryside. Among his numerous books are biographies of John F. Kennedy and Fulton J. Sheen. His latest book is Distinguished Service: The Life and Times of Wisconsin Governor Walter J. Kohler, Jr. (Marquette University Press).