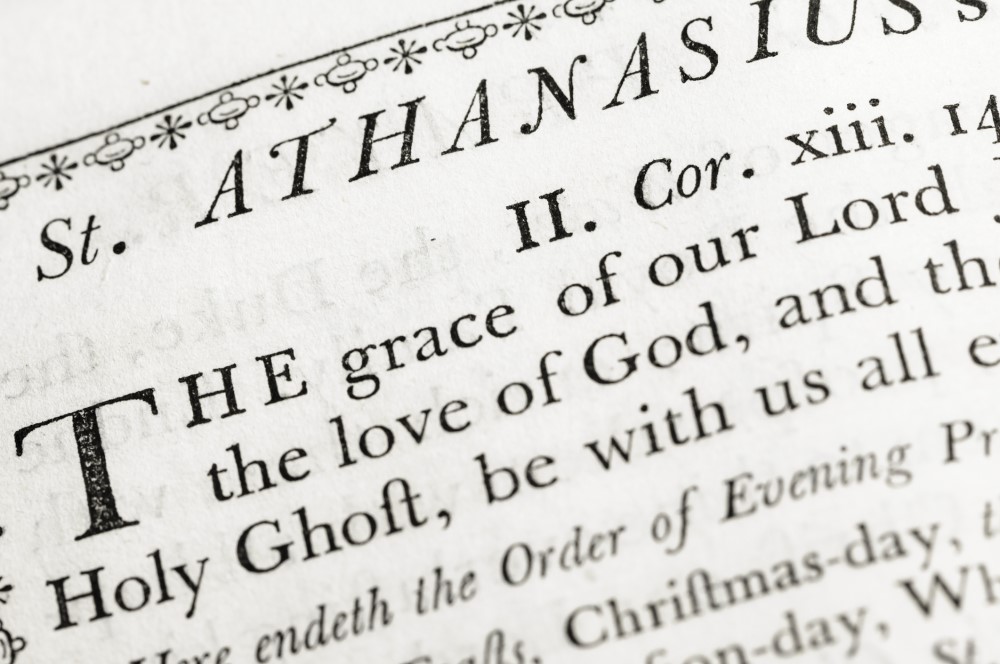 A Sensible Growth in God by Addison H. Hart

A Sensible Growth in God

How to Make True Progress According to St. Athanasius by Addison H. Hart

Progress is the usual name given to the superstition that mankind is constantly improving its own lot, on its own steam, by its own lights, rising to ever loftier heights of knowledge and goodness. The political consciousness of mankind, so a true believer in human progress assumes, is happily expanding its understanding to include ever larger and more mature freedoms, and public morality is less and less inhibited by the unenlightened strictures of the Christian faith.

The progressivist typically misinterprets Western technological achievement as the assurance of things hoped for. He holds by faith alone that the empirical and social sciences are the instruments by which the world’s salvation from ignorance and want will be accomplished. We are heading steadily, though with some unfortunate setbacks, towards the fullness of time, the end of history, the consummation of all human hopes and desires: a time of more wealth, more security, more happiness, more fulfillment; of better lives, better communities, better ecology, better world order, much better sex . . . etc., etc.

But, as has frequently been noted, we have just quitted the most modern yet the most violent of centuries, and our progressive civilization gives every impression of collapsing from within. What needs to be questioned, indeed raked over the coals, is the secular notion of progress. An increase in man’s ability to control his world does not, as the wisdom traditions of many cultures were aware, necessarily indicate human progress at all. That we can now fly in hours where once we had to walk for months says nothing about our spiritual, intellectual, moral, or even material progress, and may even prove inimical to it.

Human nature has shown no general advance whatsoever in goodness, kindness, peacefulness, and so forth, as the result of better technology. Despite the propaganda and cheery myths about secular (technological) progress, we cannot fail to know or sense the massive cultural disillusionment of our own age, a pervasive nihilistic mental gloom relieved only—if at all—by the distractions afforded us for the indulgence of our (often worst) appetites.

No other fullness of time is to come. No other fullness of time can come. The end to human suffering that secular progressivism promises will be found only in this fullness of time: partly in Christian life now and fully in the ultimate in-breaking of eternity and the as-yet-unrealized eschaton by which this fullness is made final and complete. We Christians expect—with a hope by comparison with which any secular notion of progress shrivels like an ant under a magnifying glass in the heat of a summer sun—the ultimate progress: the transfiguration of a redeemed humanity and cosmos.

We should, as Christians, demythologize our contemporary secular myths, particularly the myth of progress, which prevents so many from seeing where the only true progress is to be found. In a similar way, our earliest Fathers in the faith had to demythologize the pagan world they had inherited, to plant the gospel among pagans enslaved to their world’s mythology.

The myths of the old world they were displacing were not myths of progress, as ours are; they were quite nearly the reverse, myths of a glorious golden past. The Fathers, however, countered those myths with the uniquely Christian concept of progress, one rooted in the explosive revelation that our God had appeared in human flesh so that we could by grace become like him. This still remains, after twenty centuries, our understanding of progress, and it is the proper response to the secular mythology of progress.

Whether a culture’s mythology points to a glorious past or to a glorious future, it is the Christian’s call to be the realist—in the exact metaphysical sense of that word—and point to that which can be encountered in a direct and relational way in the here and now. The Christian gospel is about living truth, not insubstantial human fantasies. It offers a genuine experience of human progress, one that can be lived by every believer in Christ in the present. It looks back and looks forward and looks right now to Christ, “the same yesterday, today, and forever.”

Addison H. Hart is retired from active ministry as parish priest and university chaplain. He is the author of Knowing Darkness: On Skepticism, Melancholy, Friendship, and God and The Yoke of Jesus: A School for the Soul in Solitude (both from Eerdmans). His forthcoming book is a study of the Sermon on the Mount. He lives and writes in Norheimsund, Norway.