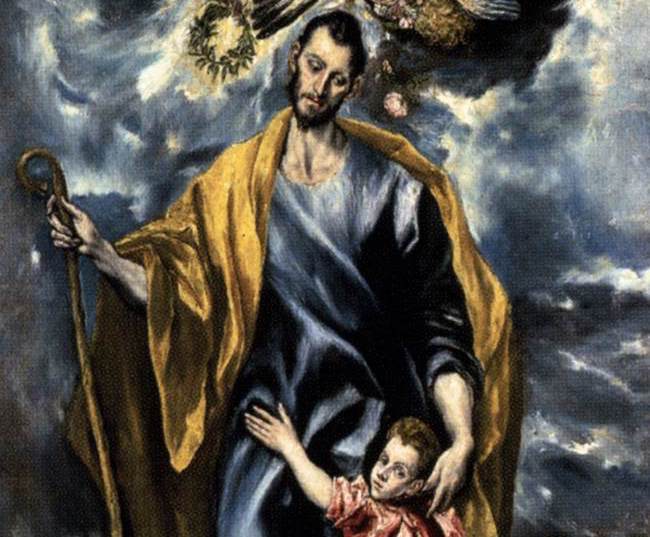 El Greco's image of St. Joseph is that of a young and vigorous father protectively holding the child Jesus, while a tumbling vortex of angels descends through a stormy sky. This is a newly minted iconography for Joseph, not seen before in the history of art. It springs primarily from the theologians of the Counter-Reformation. At the end of the Middle Ages, marriage was in an increasingly sorry state. Social and economic changes had pushed the marriage age for men later, while for women, it grew younger. This resulted in a good bi . . .