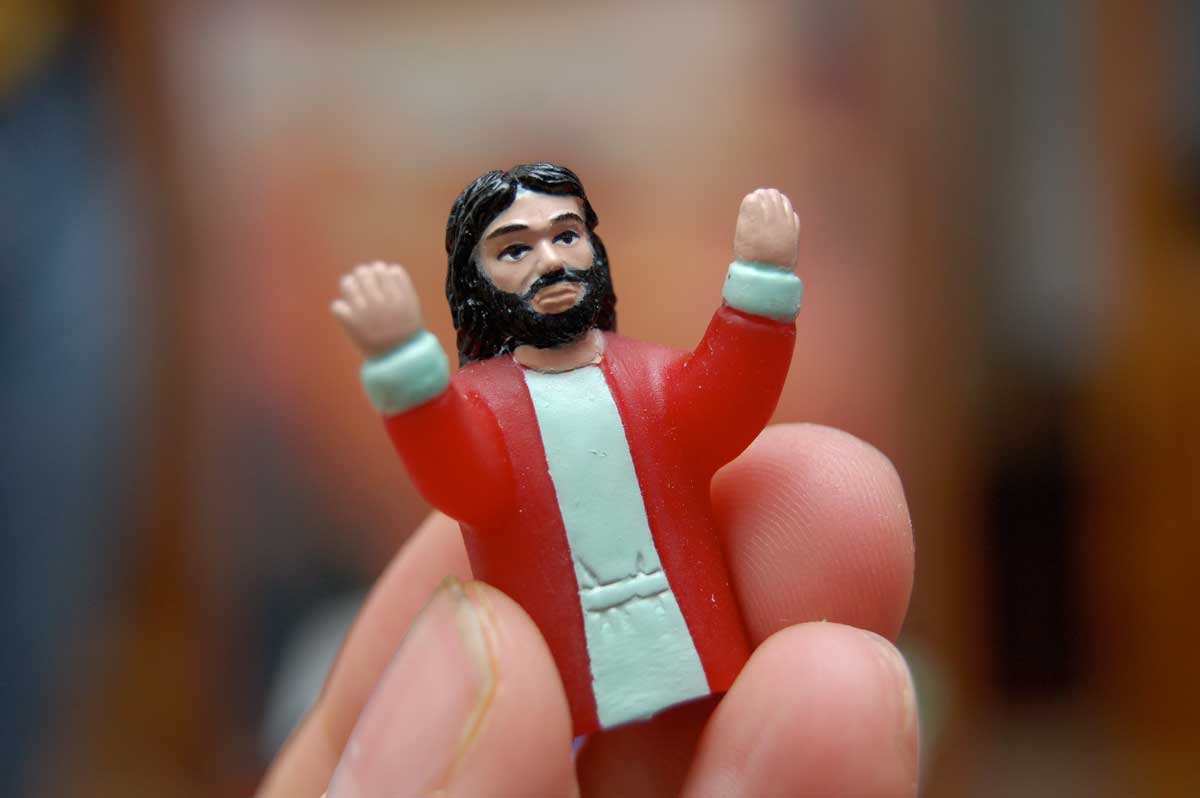 The Little Jesus Who Would by Robert Hart

The Little Jesus Who Would

On July 7, 2015, former President Jimmy Carter said the following in an interview with the Huffington Post: "I believe Jesus would. I don't have any verse in Scripture. . . . I believe Jesus would approve gay marriage, but that's just my own personal belief. I think Jesus would encourage any love affair if it was honest and sincere and was not damaging to anyone else, and I don't see that gay marriage damages anyone else."

Often described as "a religious man," Carter was known as an Evangelical when he ran for the White House in 1976. That year, when, in what has always been seen as an error in judgment, he agreed to be interviewed by Playboy, he displayed at least a personal moral scruple and a working knowledge of what Jesus actually said as recorded in the Gospel according to St. Matthew: "But I say unto you, that whosoever looketh on a woman to lust after her hath committed adultery with her already in his heart" (5:28).

Since those days in 1976, a new phrase has caught the public's attention: "WWJD"—"What would Jesus do?" Like Jimmy Carter when speaking last July to the Huffington Post, an individual facing a moral decision is advised to consider what Jesus would do, or what he would say. As a result, what purports to be moral guidance might be nothing more than subjective thought, opinion, or sheer imagination, taken as divine wisdom. This seems to me to be a waste of mental energy and time, inasmuch as what Jesus did, and what he said, can be accurately known easily enough by reading
the Bible.

When the younger candidate Carter gave his famous answer to Playboy, he at least thought along the lines of what Jesus said. As an elderly former President, he gave his answer to the Huffington Post based on speculation, admitting, "I don't have any verse in Scripture." That is very interesting, because I can think of several verses of Scripture that actually answer the question addressed to Mr. Carter, and that answer it in exact opposition to his affirmative. We know what Jesus said, and have known it since the first generation of Christians were taught and given the New Testament.

Another Jesus, Another Spirit

Lest I appear to be picking on Jimmy Carter exclusively, I hasten to point out that a fictitious Jesus ("another Jesus," to use the words of St. Paul in 2 Corinthians 11:4), subject to human imagination, is very popular nowadays. We see this malleable Jesus everywhere.

For instance, we can note what was said and done at the General Convention of the Episcopal Church last June in Salt Lake City, Utah. The convention took place around the time that the Supreme Court issued its ruling in Obergefell v. Hodges (June 26, 2015), declaring a never-before-known Constitutional right to so-called same-sex marriage. Among the events at the convention was something meant to be a Eucharist of sorts, celebrating the victory of homosexual church members who had long sought to have same-sex "marriage" formally approved for their whole national church. It was now approved by the General Convention and its new Presiding Bishop, Michael Curry.

Another Episcopal bishop and openly practicing lesbian, Mary Glasspool, declared in a sermon at that service, "We got to this place of redefining marriage by redefining two other words: home and family." Glasspool interpreted the Gospel of Mark, in which Jesus, as a grown man, discerns that he must begin his mission and ministry to all the people of Israel, to mean that Jesus was moving away from his natural family: "The concept of family is transformed. The reign of God transcends the closest of family trees," she said.

An Episcopal priest named Kimberly Jackson, of the Diocese of Atlanta, read a prayer to begin their version of communion: "Spirit of Life, we thank you for disordering our boundaries and releasing our desires as we prepare this feast of delight: draw us out of hidden places and centers of conformity to feel your laughter and live in your pleasure."

That contrasts quite sharply with the Book of Common Prayer tradition, in which everything is intended to conform wholly to Scripture, and the standard for prayer is the one that Jesus taught, which includes the Church's petition to the Father, "Thy will be done." The new liturgical phrase, "disordering our boundaries and releasing our desires," sounds much more like the slogan of an early twentieth-century pagan cult, The Law of Thelema, created by a magician named Aleister Crowley. To each member of the cult it is taught, "Do what thou wilt shall be the whole of the law."