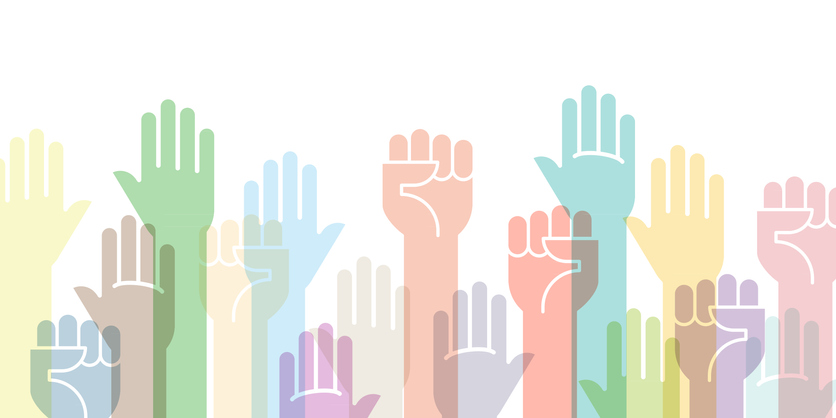 On October 7, 2013, the United States Senate, by a vote of 64 to 32, passed the Employment Non-Discrimination Act (ENDA), which would forbid discrimination in employment on the basis of so-called sexual orientation or gender identity. Hearkening back to the original Civil Rights Act of 1964, which prohibited discrimination based on race, color, religion, national origin, and sex, and was later expanded to include age and disability, ENDA introduces a new category into federal anti-discrimination law.

But it also makes a novel departure from precedent in that it establishes a new protected class defined by its members' behavior—though this is something many people do not recognize. ENDA's supporters, as well as the increasing number of Americans who (at least according to polls) favor extending anti-discrimination protection to people self-identifying as LGBT (lesbian, gay, bisexual, or transgender), evidently believe, and even take for granted, that the bill is just a proper and necessary extension of civil rights.

But ENDA is not analogous to existing civil rights legislation. "Sexual orientation" and "gender identity" are actually wholly subjective categories, not conditions obvious on their face. They have to be declared or announced by the persons concerned in order to be known at all. They cannot be predicated of anybody in the same way that color, sex, or age can be. One's feelings of attraction to members of the same sex, or one's belief that he really belongs to the opposite sex, are necessarily subjective judgments that remain unknown unless expressly declared.

Why is this important to note? Because if the issue is "discrimination," then there couldn't possibly be any such thing against anybody who does not openly advertise himself as a homosexual or transgender person. The categories of sexual orientation and gender identity—concepts that no one had even heard of until relatively recently—are not readily apprehended and are therefore not equivalent to the categories of race, color, and the like, on the basis of which discrimination has been practiced and regarding which there was a moral imperative to enact civil rights legislation.

But any discrimination that might arise with respect to sexual orientation or gender identity could only come about if specifically provoked by someone claiming an "identity" on the basis of these concepts. Moreover, the way in which such a claim is typically made today usually involves more than just declaring that one is homosexual, or that one finds himself in the "wrong body." Generally such claims also include the affirmation that one is entitled to act on his subjective feelings of same-sex attraction or gender identity, and for no other reason than that he has those feelings. Why raise these issues at all if no acts are contemplated?

The fact that nobody is entitled to act on his feelings or attractions merely because he has them—that all human acts must necessarily be governed by reason and morality—is generally forgotten or ignored in LGBT cases today. It is just taken for granted that these people can act on their feelings merely because they have them. What this amounts to in civil rights terms, as attested by the provisions of ENDA, is that LGBT people are entitled as a right to engage in a certain type of behavior.

And what does the behavior in question consist of? With regard to sexual orientation, it consists of acts of sodomy, which have always been, until very recently, subject to moral disapproval and even moral condemnation. This has been the case not only in the Christian moral tradition—which has served as the moral tradition of the West—but also in the moral traditions of other civilizations. With the passage of such legislation as ENDA, however, this same behavior is now being elevated into the status of a new civil right. What was formerly seen as immoral and even unmentionable ("the love that dare not speak its name") is now being treated by the U.S. Senate as an entitlement.

Stated thus bluntly, what a bill such as ENDA really accomplishes may momentarily startle many. But, of course, its sponsors and supporters do not state its purposes and effects quite so bluntly. Rather, legislation like this is typically couched in the language of forbidding "discrimination"—a goal that everyone favors. It is precisely not stated that ENDA would normalize and legalize homosexual behavior. Indeed, mention of what homosexuals "do" with each other—the exact nature of what would be legalized and normalized—is carefully, even sedulously, avoided.

More Fallout from the Sexual Revolution

Instead, supporters of ENDA blandly assert that the bill would simply further "justice" and "equality," and extend the scope of "civil rights," a process that America has been engaged in for the past half-century. Morality only enters the discussion in the context of asserting a moral imperative to extend civil rights to a category of persons to whom such rights have hitherto been denied; it goes unmentioned, however, that legal protection would now be given to behavior formerly considered grossly immoral.

Actually, though, far from branding deviations from chastity as immoral, Americans have for some time now been getting away from stigmatizing, criticizing, or even questioning almost any kind of consensual sexual behavior. This is the legacy of the sexual revolution, which began in the 1960s and continues today as a very far from spent social force. The passage of ENDA by the Senate is just one more of many indications that America has pragmatically accepted the sexual revolution as pretty much a done deal. Another is the fact that 21 states and the District of Columbia have already passed measures prohibiting discrimination on the basis of sexual orientation, and 17 states do so with respect to gender identity.

Once these categories come to be considered civil rights, it will be harder than ever to maintain the definition of marriage as between one man and one woman. Courts in California, Connecticut, and Iowa have already invalidated the traditional marriage laws in those states, at least partly on the grounds that there can be no discrimination on the basis of sexual orientation.

Some commentators have downplayed the importance of ENDA because the bill has only been passed in the Senate. House Speaker John Boehner has declared his opposition to it and said that it will not be taken up in the House of Representatives as long as Republicans are in control there. But Boehner has given no hint that he opposes the bill because it would normalize immorality. No; he merely thinks it is "unnecessary," since gays already enjoy various civil rights protections. He also fears that its passage would lead to increased
litigation.

Those things may well be true, but it is doubtful that legislation of this type will long be delayed on such grounds. In the last couple of years, sentiment in favor of "civil rights" for homosexuals has increased dramatically, particularly among Republicans, where it is up from about 20 percent a year or two ago to more than 33 percent today—and rising. Like Americans generally, more and more Republicans apparently see no problem with sodomy. Ten Republican senators voted for ENDA, including such supposed conservatives as Utah's Orrin Hatch and New Hampshire's Kelly Ayotte. The 2008 Republican presidential candidate, Arizona Senator John McCain, also voted for ENDA, stating that it was "the right thing to do." Indeed, if homosexual behavior is not immoral, why shouldn't it be legally protected?

Recent polls seem to indicate that, by now, a majority of Americans have come to the conclusion that civil rights for homosexuals is another one of those famous "ideas whose time has come." In a moral climate like this, it will be increasingly difficult to stand firm in defense of traditional and Christian morality. Once it has been established in law that deviant sexual behavior is nothing less than a civil right, it will be hard to see how traditional moral views of the matter can be upheld, particularly when leaders like John Boehner and John McCain apparently no longer see that traditional morality is even involved in the issue.

Ironically, ENDA's supposed prohibition of discrimination will lead to a new kind of discrimination—against anyone who does not subscribe to the patent falsehood that sexual orientation and gender identity are categories deserving the special protection of the law. For example, ENDA would require an employer to provide spousal benefits to an employee's same-sex partner regardless of the employer's religious or moral convictions against doing so. Schools may be forced to hire, or prohibited from firing, openly homosexual guidance counselors. And workplaces would have to allow men who assert a female gender identity to use women's restrooms and locker rooms. We have already seen the latter policy foisted on a number of schools.

Does this represent America's future? Probably in the short run, it does. Far from perceiving the harmful consequences of legalizing and normalizing homosexual behavior, too many Americans appear to think it is the moral thing to do! Perhaps when such aberrations have become so established that it is impossible not to see the damage they cause, people will begin to wake up and try to reverse the situation.

But in the present moral climate, such an eventuality appears a long way off. Our duty in the meantime is not to acquiesce in this state of affairs, but to oppose it in whatever ways we can, even as we steel ourselves to living in a world turned morally upside down. It is already largely so; indeed, it could hardly be otherwise when sexual immorality is not just tolerated but transformed into a new civil right.

Kenneth D. Whitehead is the 2004 recipient of the Blessed Frederic Ozanam Award for Catholic Social Action of the Society of Catholic Social Scientists (SCSS). He writes frequently on Catholic social and moral issues.


more on sex from the online archives