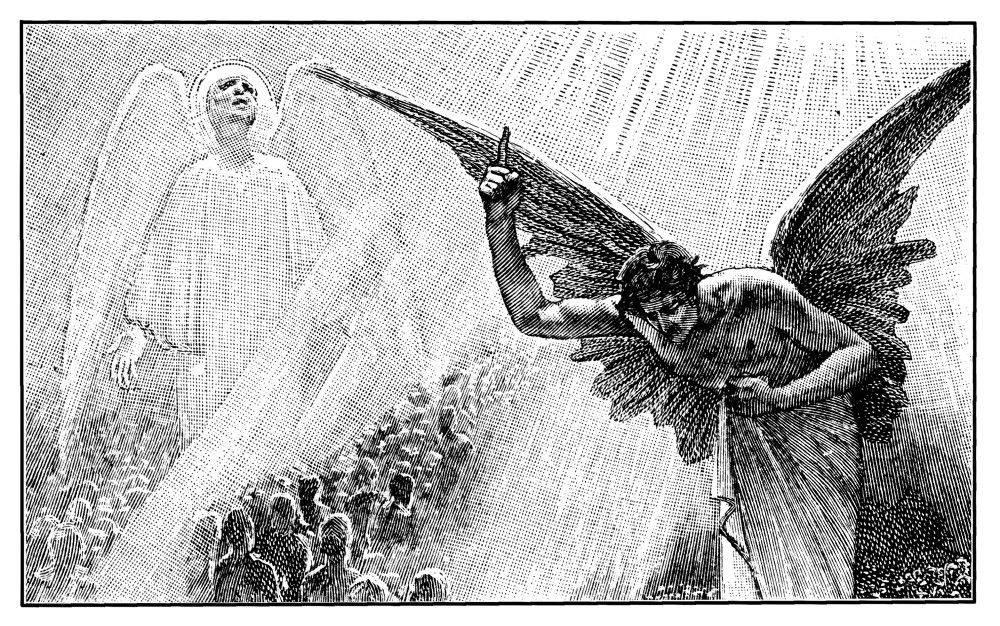 The Shape of Evil & the Power of Hope by Eric R. Barr

The Shape of Evil & the Power of Hope

Picture in your mind Milton’s Satan lying prone on a vast sea of sulphurous fire. He lifts his head and rises, described by Milton as “above the rest / in shape and gesture proudly eminent,” standing like a tower. Milton continued:

his form had yet not lost
All her Original brightness, nor appear’d
Less than Arch-Angel ruin’d, and th’ excess
Of Glory obscur’d . . .
Dark’n’d so, yet shone
Above them all th’ Arch-Angel: but his face
Deep scars of Thunder had intrencht, and care
Sat on his faded cheek, but under Brows
Of dauntless courage, and considerate Pride
Waiting revenge: cruel his eye, but cast
Signs of remorse and passion to behold.1

Paint in your consciousness the shadowed figure of Melkor/Morgoth in J. R. R. Tolkien’s Silmarillion, when Beren and Luthien “come to the seat of Morgoth in his nethermost hall, that was upheld by horror, lit by fire, and filled with weapons of death and torment.” He cuts a figure of terror throughout the tale, “a dark Lord, tall and terrible,” with his “great crown of iron” studded with the Silmarils, jewels he placed there with his hands, which were “burned black by the touch of those hallowed jewels, and black they remained ever after; nor was he ever free from the pain of the burning, and the anger of the pain.”

When at last he is defeated, he is

thrust through the Door of Night beyond the Walls of the World, into the Timeless Void; and a guard is set for ever on those walls. . . . Yet the lies that Melkor, the mighty and accursed, Morgoth Bauglir, the Power of Terror and of Hate, sowed in the hearts of Elves and Men are a seed that does not die and cannot be destroyed; and ever and anon it sprouts anew, and will bear dark fruit even unto the latest days.2

Hold in your heart the last image of Sauron, servant of Melkor, who rose to be Lord of the Rings in the Third Age of the world. Hear Gandalf say,

“The realm of Sauron is ended! The Ring-bearer has fulfilled his Quest.” And as the Captains gazed south to the Land of Mordor, it seemed to them that, black against the pall of cloud, there rose a huge shape of shadow, impenetrable, lightning-crowned, filling all the sky. Enormous it reared above the world, and stretched out towards them a vast threatening hand, terrible but impotent: for even as it leaned over them, a great wind took it, and it was all blown away, and passed; and then a hush fell.

Look around this tiny corner of the cosmos we inhabit and answer truthfully: What is the darkness that seeks to overwhelm anything good that humanity wishes to do? Wars rage, enemies act on hate, the earth’s resources continue to be depleted with frightening efficiency by our technology, while violence in nature and humanity claims thousands of lives each year. With the passage of every season, another species winks out of existence. And as much as we try to escape death with creams, pills, diets, and exercise, there is always a new disease around the corner, as well as the old ones, to deny life even to the most hale and hearty among us.

A Sigh for Redemption