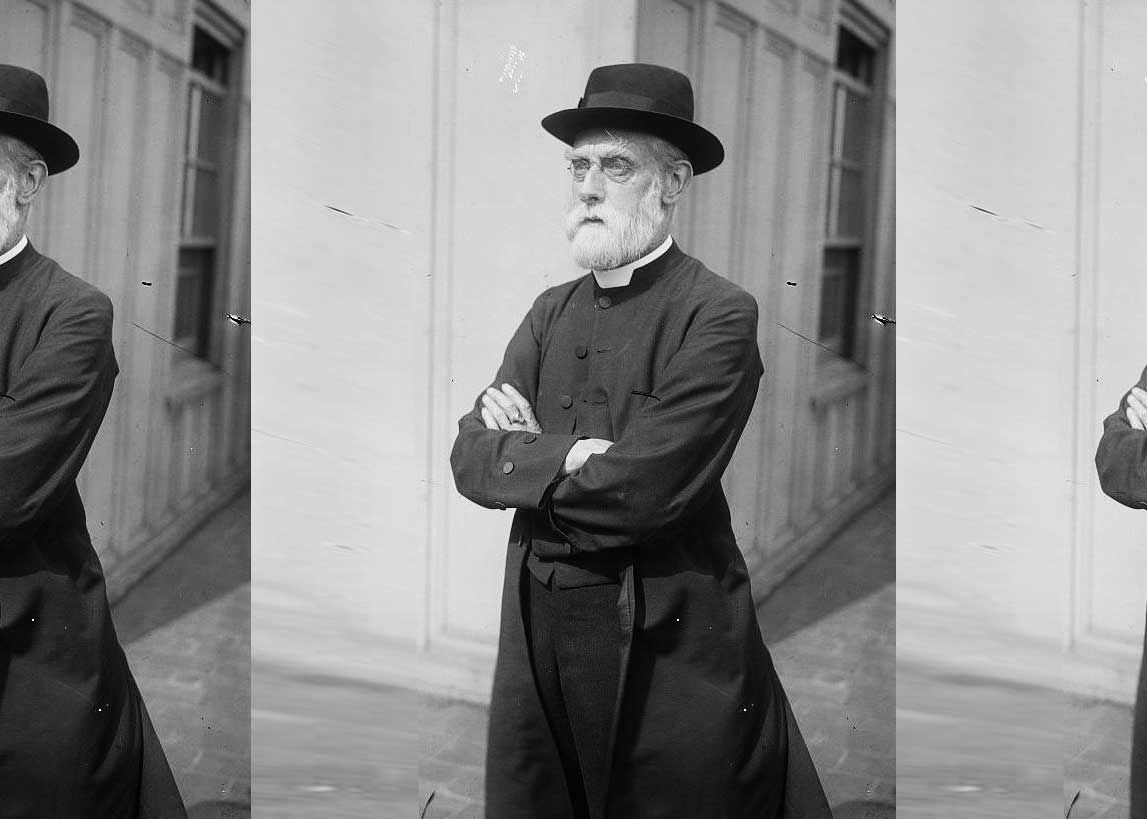 While associated with the liberal wing of England’s Anglo-Catholic movement of the late nineteenth and early twentieth centuries, the Right Reverend Charles Gore, Bishop of Oxford, nonetheless emerged from retirement in 1930 to publish the following critique of Resolution 15 of the 1930 Lambeth conference, which condoned the use of contraceptives between married persons under special circumstances.

§ I The Resolution 15 of the Lambeth Conference

Some years ago I published a pamphlet on The Prevention of Conception, which has been quite recently reprinted. I had hoped that I might now remain silent on the subject, but the recent action of the Lambeth Conference, giving a restricted sanction to the use of preventives of conception, constrains me to publish a reasoned protest against what seems to me to be a disastrous abandonment of the position that the Conference of 1920 took up. I quote the Resolution (68) of 1920:

The Conference, while declining to lay down rules which will meet the needs of every abnormal case, regards with grave concern the spread in modern society of theories and practices hostile to the family. We utter an emphatic warning against the use of unnatural means for the avoidance of conception, together with the grave dangers—physical, moral, and religious—thereby incurred, and against the evils with which the extension of such use threatens the race. In opposition to the teaching which, under the name of science and religion, encourages married people in the deliberate cultivation of sexual union as an end in itself, we steadfastly uphold what must always be regarded as the governing considerations of Christian marriage. One is the primary purpose for which marriage exists—namely the continuation of the race through the gift and heritage of children; the other is the paramount importance in married life of deliberate and thoughtful self-control. We desire solemnly to commend what we have said to Christian people and to all who will hear.

Here we have a refusal to go into detail about abnormal ‘hard cases,’ but a quite general condemnation of contraceptive methods. The recent Conference, on the contrary, has given a restricted approval of them. To be quite fair we will analyse the Resolutions 13—18. Resolutions 13 and 14 are on the lines of the latter part of the pronouncement of the earlier Conference, emphasizing the dignity and glory of parenthood and the necessity of self-control within marriage. Resolution 16 expresses abhorrence of the crime of abortion. Resolution 17 repudiates the idea that unsatisfactory economic and social conditions can be met by the control of conception. Resolution 18 condemns fornication accompanied by the use of some contraceptive as no less sinful than without such accompaniment. It also demands legislation forbidding the exposure for sale and advertisement of contraceptives. But Resolution 15 (carried, it is noted, by a majority of 193 votes over 67, which would seem to imply that there must have been some forty bishops who did not vote), which contemplates cases where ‘there is a clearly felt obligation to limit or avoid parenthood,’ while giving the preference to the self-discipline and self-control which makes abstinence from intercourse possible, and recording the ‘strong condemnation’ by the Conference ‘of the use of methods of conception-control from motives of selfishness, luxury, or mere convenience,’ yet admits the legitimacy of these methods ‘where there is a morally sound reason for avoiding complete abstinence.’

This is no doubt a restricted admission, but it is a definite withdrawal of the quite general condemnation expressed in the Resolution of 1920, and I fear it will be the only part of the contribution of the recent Conference to the question of sexual relations which will be seriously effective. The classes of persons aimed at in Resolutions 13, 14, 16, and 18 are not those which pay any attention to what the Church says. The same must be said of the worldly-minded who use contraceptives from motives of selfishness, luxury, and convenience: such people know quite well that they are disregarding ‘the parsons,’ and have no intention of listening to them. But there is a large class which cannot brace itself to ignore the voice of the Church. They have been anxiously waiting to hear what the bishops will say. No doubt they feel that their cases are ‘hard cases.’ In different ways we are all apt to feel that. They think that they have a morally sound reason for avoiding parenthood, and that they cannot practice abstinence. Now they learn that a representative assembly of the chief authorities of the Anglican Communion has ‘removed the taboo’ on contraceptive methods, and no doubt their scruples will in many cases be silenced and the easier course taken.

I observe that the Bishop of London says that he agrees with the conclusion of another bishop who, ‘reading the resolutions as a whole, thinks the balance appears quite definitely on the side of strictness.’ I fear that this is practically the exact opposite of the truth. I think the clause which sanctions certain methods as a ‘regrettable necessity’ in certain cases (to use the bishop’s expression) is the only clause which is likely to have any considerable effect: and I cannot doubt that that effect will be disastrous.

Let me give an instance of what I regard as an ineffective attempt at arresting the tide of sensualism—the appeal made for legislative restrictions on the sale and advertisement of contraceptives in Resolution 18. Such restrictions exist in various countries where the governments, in serious alarm at the consequences of the ‘birth control’ movement, are doing their best to suppress it. It is also natural that a country with a large Roman Catholic population, which feels on this subject as the French Roman Catholic population of Canada feels, should sternly restrict sale and forbid advertisement in deference to the conscientious scruples of a majority or large minority of its people. But is it likely that a government would enact any effective restrictive legislation at the bidding of people who say, ‘We recognize that certain practices must go on and a certain class of implements must be used in special cases, but we want the knowledge of these processes and the possession of these implements to be severely restricted by law’? Surely the statesman would reply, ‘You admit that these implements are necessary under conditions of modern civilization in many cases. You must admit that these cases occur in all classes equally. You do not suggest that medical authority should be required in each case for their use. How, then, can you ask us to take legislative steps to prevent the general knowledge and use of them, any more than of other commodities which are liable to be misused?’

I fear, therefore, that it must be acknowledged that, whereas the episcopal resolution of 1920 did undoubtedly strengthen the conscience of a great multitude of Christians to resist the allurements of Birth Prevention, the pronouncement of 1930 will have no other effect than to weaken it.

It may indeed be asked whether in face of the world-wide forces which are behind the movement for Birth Prevention any episcopal pronouncement would have had any tangible effect. I am not disposed to think that its effect would have been considerable on society as a whole. But wherever the movement gains the mastery in general society its ‘dysgenic’ effects and its consequences as a form of ‘race-suicide’ generate in time a sort of panic, such as has appeared in France and other countries. We should reasonably expect such a panic in the next generation in England. Meanwhile our aim should be to strengthen ‘the faithful remnant’ which will have its opportunity of witness when the day of panic comes. The lamentable fact is that the Anglican bishops have so acted as to weaken and not strengthen it.

§ 2 TheSituation at the Present Moment