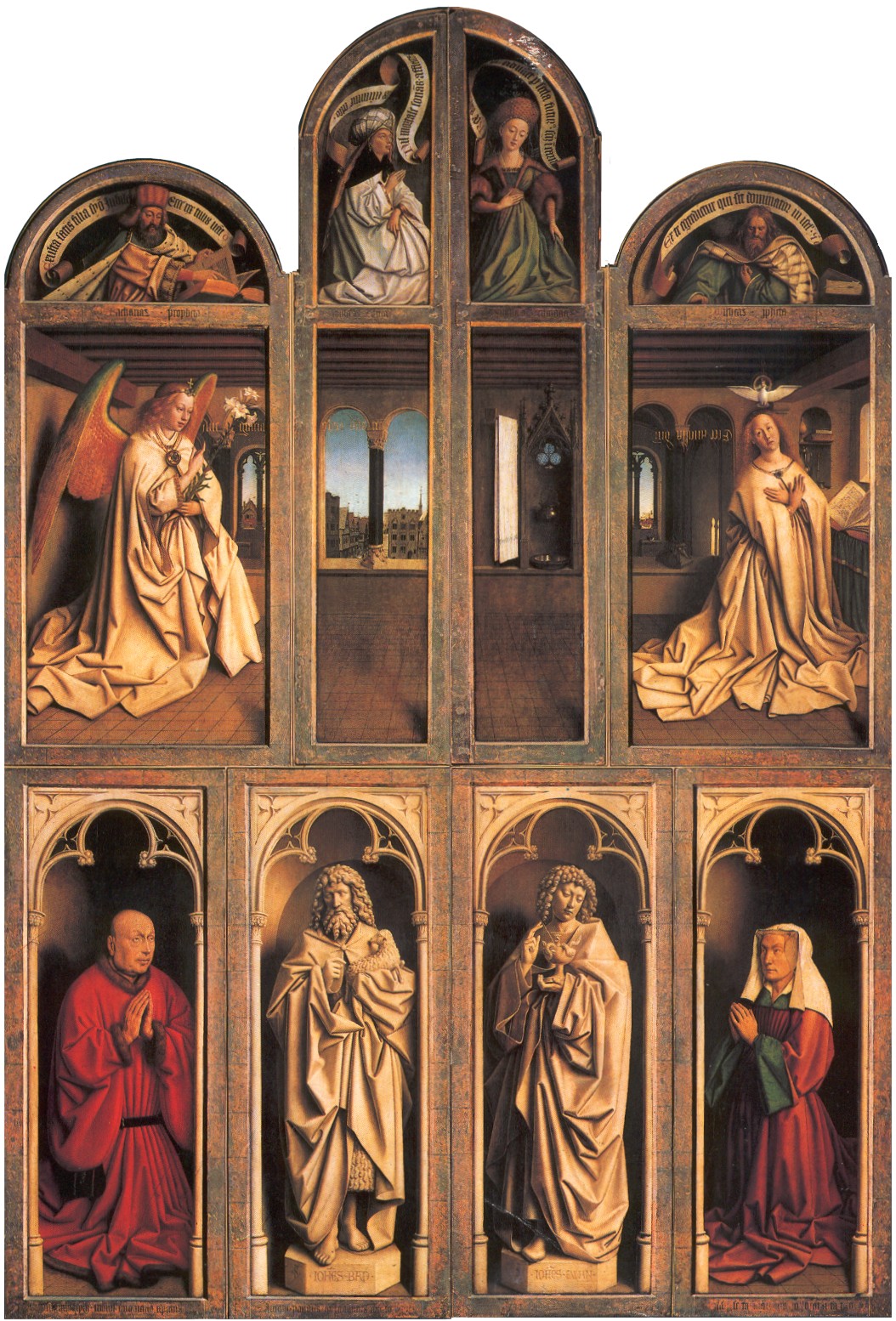 The Ghent Altarpiece has been called the most coveted work in all Western art; since its dedication on May 6, 1432, one scholar has tallied thirteen crimes against it, including seven thefts. Early on, the altarpiece escaped the Protestant iconoclasm of the Reformation when it was hidden first in an attic and then in the town hall. During the Napoleonic Wars, it was plundered by the French. It was returned after the Battle of Waterloo, only to have its wings (minus two panels) pawned by the diocese and never redeemed. The wings were subsequently sold to an English collector and then to the King of Prussia. The remainder was damaged by fire in 1822, and a row of panels was lost. What was left was plundered by the Germans during World War I.

The altarpiece was returned in 1920 to Ghent as war reparations. There it remained until 1934, when two panels were stolen. One was returned as a goodwill gesture by the thief; the other is still missing. Theft on a grander scale occurred in 1940. The altarpiece was en route to the Vatican for safekeeping but was impounded by the Vichy French, and subsequently removed to Germany in 1942. There, to its detriment, it was stored in a salt mine. It was discovered and liberated by Allied forces, as detailed (more or less accurately) in the movie Monuments Men.