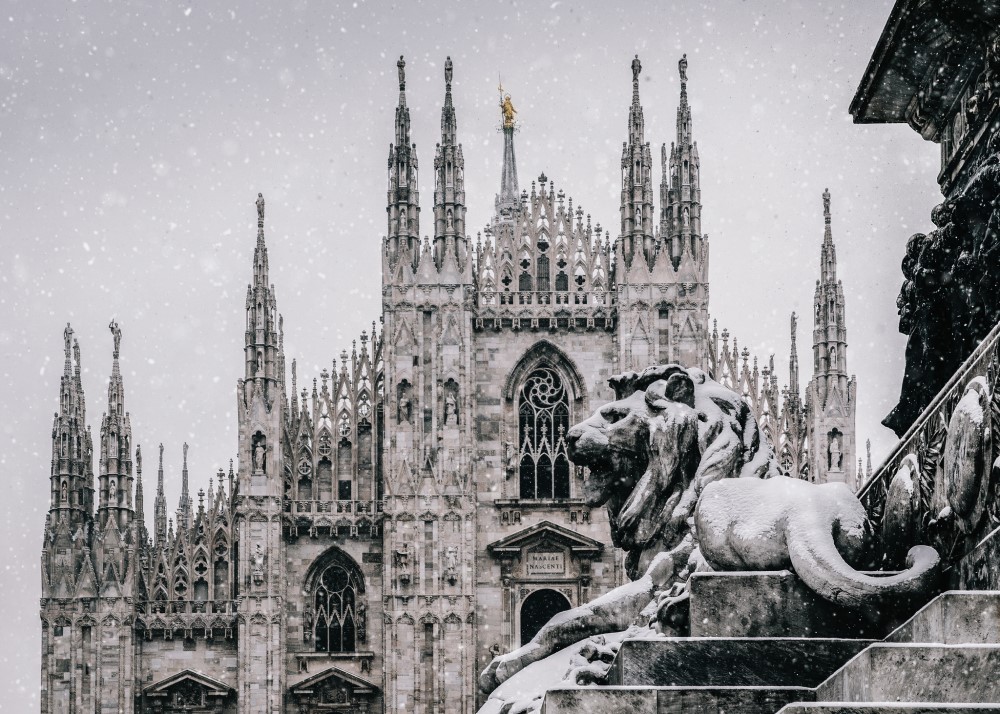 The Church has long felt comfortable with C. S. Lewis. He is quoted regularly from the pulpit and in Christian books and periodicals, not to mention the massive popularity of his own works. But Lewis was not always comfortable with the Church. He was repelled by much that he saw, both in the Church as the local congregation of worshipers and the Church as the universal body of all believers. First, the local congregation.

Lewis had no natural fondness for church-going. He found the sermons often dull, and he disliked hymns and organ music, which he described as “one long roar.”1 In his spiritual autobiography Surprised by Joy—speaking of his 1929 conversion to a belief in God (two years before his full conversion to Christianity)—Lewis refers to himself as “the most dejected and reluctant convert in all England.”2 Though reluctant, his reason commanded assent.

He was equally reluctant about church. But he went. Why? He went at first because he felt he ought to: the Scriptures that had won his reasoned assent commanded it. He went later because he learned that it was good for him and necessary for his spiritual growth. In an essay written many years after his conversion, Lewis recalls both his disgust at the services he attended and the grace that came through them:

When I first became a Christian, about fourteen years ago, I thought that I could do it on my own, by retiring to my rooms and reading theology, and I wouldn’t go to the churches and Gospel Halls; . . . I disliked very much their hymns, which I considered to be fifth-rate poems set to sixth-rate music. But as I went on I saw the great merit of it. I came up against different people of quite different outlooks and different education, and then gradually my conceit just began peeling off. I realized that the hymns (which were just sixth-rate music) were, nevertheless, being sung with devotion and benefit by an old saint in elastic-side boots in the opposite pew, and then you realize that you aren’t fit to clean those boots. It gets you out of your solitary conceit.3

Lewis was keener than most about knowing when the Devil was using things like personal taste and, more deadly yet, personal pride to imperil his soul. In The Screwtape Letters, Lewis has the senior devil Screwtape advise junior devil Wormwood regarding a new convert he is trying to tempt:

One of our great allies at present is the Church itself. Do not misunderstand me. I do not mean the Church as we see her spread out through all time and space and rooted in eternity, terrible as an army with banners. That I confess, is a spectacle which makes our boldest tempters uneasy. But fortunately it is quite invisible to these humans. All your patient sees is the half-finished, sham Gothic erection on the new building estate. When he goes inside, he sees the local grocer with rather an oily expression on his face bustling up to offer him one shiny little book containing a liturgy which neither of them understands, and one shabby little book containing corrupt texts of a number of religious lyrics, mostly bad, and in very small print. When he gets to his pew and looks round him he sees just that selection of his neighbors whom he has hitherto avoided. You want to lean pretty heavily on those neighbours. Make his mind flit to and fro between an expression like “the body of Christ” and the actual faces in the next pew. It matters very little, of course, what kind of people that next pew really contains. You may know one of them to be a great warrior on the Enemy’s side. No matter. Your patient, thanks to Our Father Below, is a fool. Provided that any of those neighbours sing out of tune, or have boots that squeak, or double chins, or odd clothes, the patient will quite easily believe that their religion must therefore be somehow ridiculous. At his present stage, you see, he has an idea of “Christians” in his mind which he supposes to be spiritual but which, in fact, is largely pictorial. . . .

Work hard, then on the disappointment or anti-climax which is certainly coming to the patient during his first few weeks as a churchman.4

It is, as Lewis realized, precisely this neighbor presented to our senses whom Christ commanded us to love as ourselves. If we can’t love our neighbor, whom we have seen, how can we love God, whom we have not seen? The local church and its gallery of “types” is our primary laboratory for testing the authenticity of our Christianity. It is there that we learn to love. Lewis calls on us to remember that “next to the blessed sacrament itself, your neighbour is the holiest object presented to your senses.” How else could we respond than in Christian love?

It is a serious thing to live in a society of possible gods and goddesses, to remember that the dullest and most uninteresting person you talk to may one day be a creature which, if you saw it now, you would be strongly tempted to worship, or else a horror and a corruption such as you now meet, if at all, only in a nightmare. All day long we are, in some degree, helping each other to one or other of these destinations. It is with the awe and the circumspection proper to them, that we should conduct all our dealings with one another, all friendships, all loves, all play, all politics. There are no ordinary people. You have never talked to a mere mortal.5

We must apply this knowledge beyond the church, to be sure, but how successful can we hope to be with the frankly skeptical and uninterested if we first fail with those who care enough to find their way among us?

Wayne Martindale is a professor of English at Wheaton College in Wheaton, Illinois.