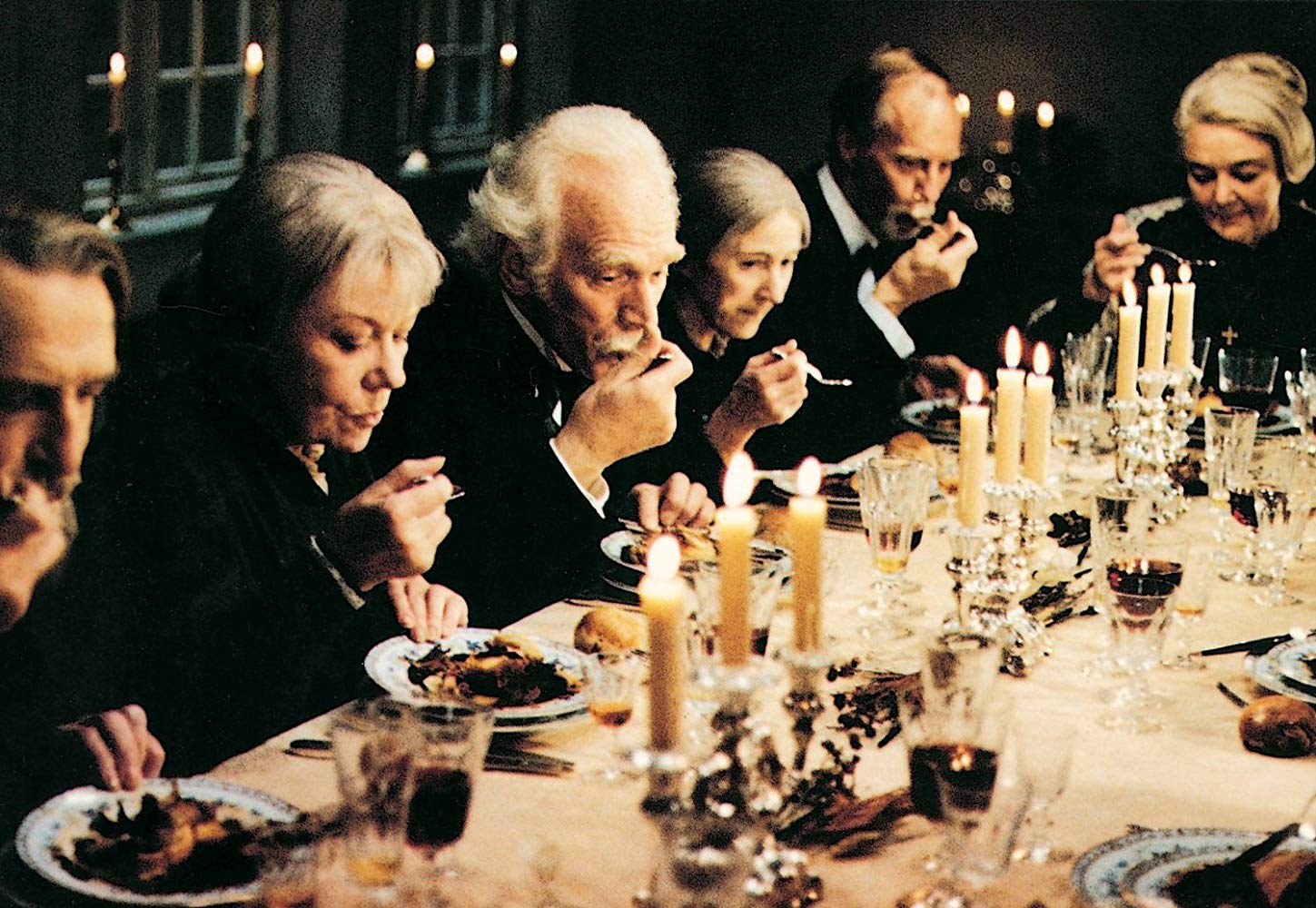 The Artistry of Grace by Leta Sundet

The Artistry
of Grace

When Danish short-story author Isak Dinesen (1885–1962) wrote "Babette's Feast," she was in her seventies and already dying. She had contracted syphilis from her husband early in life and likely had arsenic poisoning from the treatment. Barely able to eat, she weighed less than 80 pounds. A failed marriage and failed love affair had left her with no children; she had been nominated for but had failed to win the Nobel Prize. Malnourished and starving, under the dread necessity of making sense of her life, Dinesen wrote a story about a meal.

Luminously realistic and profoundly intricate, Dinesen's stories all celebrate physicality as something deeply spiritual. "Babette's Feast" does so in excelsis. In style it is stark but shining; in plot it is unpretentious—indeed nothing more than one long anecdote—but also a complex interweaving of characters and years. A simple story about a dinner, it is also an expansive story about the interplay of art, time, destiny, failure, and gratitude. What is more, it is a tiny masterpiece of grace.

"Babette's Feast" takes place in the small town of Berlevaag in Norway in the late 1800s, and centers around two sisters: Martine and Philippa, the daughters of the Dean of a strict Christian sect. As young women, they both were beautiful, heavenly-minded, and uninterested in marriage, but each had a failed love affair with a man from the "outside" world. Fifteen years later, the two women are still alone; the Dean their father is dead, and they struggle to hold together his splintering church.

One rainy night a fugitive Frenchwoman arrives half-dead on the sisters' doorstep. They take her in, and she lives with them for twelve years as their servant, until she wins ten thousand francs in the French lottery. She then asks the sisters for permission to cook the Dean's remaining disciples a real French dinner in celebration of his 100th birthday. The sisters warily agree and unwittingly set in motion a culinary project of wild proportions.

Some Things Are Impossible

The prelude to Babette's feast is a series of rejections in which each of the chief characters refuses some gift, some offer of grace. The story's preeminent rejection is a rejection of physicality. On page one we learn that the members of the Dean's sect have "renounced the pleasures of this world," because "the earth . . . [is] but a kind of illusion, and the true reality [is] the New Jerusalem toward which they [are] longing." The community has refused the "gift" of the present world in anticipation of a better one. Martine and Philippa similarly have a whole village of admirers but spurn earthly affection, rejecting not only physical love but also their own beauty. These rejections are to them a way of life, a way of holiness. Rejection is morally ingrained in them.

The story also describes the opposite rejection: the rejection of spiritual life. When the young officer Lorens Loewenhielm, an unabashed pleasure-seeker, sees Martine walking in the street, he has a sudden spiritual vision "of a higher and purer life . . . with a gentle, golden-haired angel to guide and reward him." Enraptured, Lorens gets himself invited to the meetings of the Dean's sect. But the more he sees and loves Martine, the more he hates himself:

[H]e loathed and despised the figure which he himself cut in her nearness. He was amazed and shocked by the fact that he could find nothing at all to say, and no inspiration in the glass of water before him. "Mercy and Truth, dear brethren, have met together," said the Dean. "Righteousness and Bliss have kissed one another." And the young man's thoughts were with the moment when Lorens and Martine should be kissing each other. He repeated his visit time after time, and each time seemed to himself to grow smaller and more insignificant and contemptible.

Lorens realizes that if he joins Martine's world, he will diminish, and he cannot bear that. When he leaves the Dean's house for the last time, he tells Martine, "I am going away forever! I shall never, never see you again! For I have learned here that Fate is hard, and that in this world there are things which are impossible." Lorens devotes himself to his career, becoming fashionable and successful. Later, he recalls the moment when, at a dinner "given in his honor at the finest restaurant in the city," a beautiful woman made eyes at him across the table; in that moment he "[saw] Martine's face before him and . . . rejected it." Lorens chooses an impressive reputation and a life of pleasure over the humiliation of love. He denies his spiritual longings.

Martine's sister Philippa makes the story's most symbolic rejection: a rejection of art. Philippa's "lover," Achille Papin, is a great Parisian opera singer who stumbles into Berlevaag one Sunday; a good and honest man, unspoiled by the "idolization of nations," he is melancholy, feeling himself "an old man, at the end of his career," and acutely aware of the vanity of his accomplishments. When he hears Philippa sing in church, he has a vision of new life; when he convinces her father to let him give her singing lessons, all his youthful confidence and optimism return. "I was wrong in believing that I was growing old," he exclaims, "My greatest triumphs are before me! The world will once more believe in miracles when she and I sing together!"

Leta Sundet is a Ph.D. student in literature at the University of Dallas and attends a Reformed Episcopal church. Her current literary interests include Shakespeare, Jane Austen, and children's books.