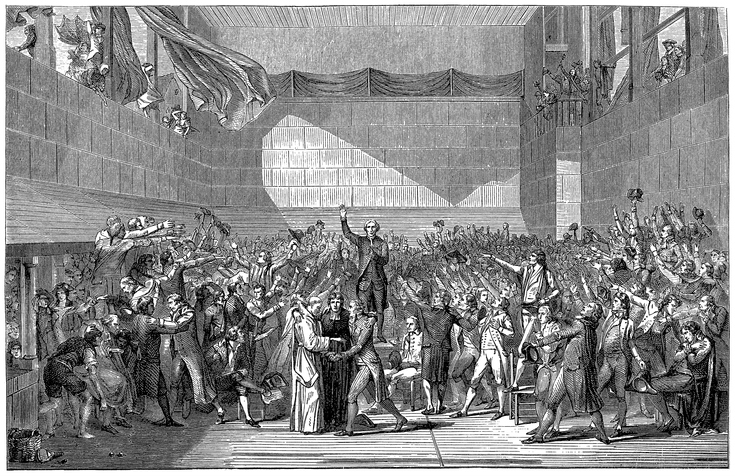 An odd sodality convenes at my house monthly. We are academics, which guarantees that we are all garrulous, for one thing, and for another, that we are all vastly impressed with our own perspicacity. Everyone in the group (there are about ten of us) would lay claim to some sort of Christian faith. Although each one hails originally from the Evangelical sector of Protestantism, some have now opted for flat Protestant modernism, others are now Anglican, and at least one would find himself in the Ultramontanist (read "extreme") reach of the Roman Catholic Church.

Metaphors We Live By by George Lakoff and Mark Johnson
reviewed by Peter J. Leithart

The Last Superstition: A Refutation of the New Atheism by Edward Feser
reviewed by Graeme Hunter

At times the talk turns to the nettlesome moral questions that loom in the public mind now: abortion, homosexuality, contraception, assisted suicide, and so forth.

The approach on the part of one or two in the group when it comes to such points is one of cautious hesitation. Abortion? Well now, that's a vexed question. It's difficult to know quite what to say on the topic when one thinks of abused women, malformed infants, penury, quality of life, inconvenience, and so forth. Who would wish to be inquisitorial? Or again, homosexuality: we all, obviously, recognize the distinction between a man's coping with "same-sex attraction" on the one hand, and, on the other, his opting into an active "lifestyle" therein; but on this latter point, the house is divided. Contraception? Surely it has long since ceased to be an issue? "Times have changed," and "we now know" that no moral category need be invoked in this connection.

Zeal quickly comes into play when such topics are mooted. "Well, X, or Y, or Z has the character of sin—even of mortal sin—that's pat." This from the Ultramontanist, or, possibly, from a few representing the classical Reformation tradition. Or, "No: these are delicate issues and one can't be strident. Times have changed." This from those who wish to keep abreast of the times.

For example, one of us whose moorings are in a loosely structured but nonetheless ardent sector of Protestantism, observed not long ago that he has come to feel that homosexual practices ought no longer to be placed under the interdict. His motive here is compassion. He has been very kind—pastoral, actually—to a student who found his bottled-up attraction for other men to be crushing. It was our friend's experience in this connection that had obliged him to set the traditional Mosaic and Pauline canons on one side in the name of compassion. His student was clearly in agony.

Another, troubled by the conundrums raised in his own mind by hermaphroditism, urges a fundamental re-casting of Judeo-Christian moral notions: such dismaying phenomena would seem to call for this. The patriarchs and apostles had never taken such anomalies into account. (I have not myself been able to get to the nub of his views here. But he urges that we must place the hermaphrodite at the start of any moral dicta we might wish to lay down. Somehow, on his view, the whole tradition is sadly flawed.)

Yet another would wish it to be understood that he is not, as it were, enthusiastic about abortion, but he passionately supports the present federal campaign to require every hospital, regardless of its religious foundation, to cooperate actively in making abortion and contraception convenient and available on demand to all women. He skirts the question of infanticide as perhaps an ambiguous but unavoidable corollary to the program.

As our discussions have proceeded (I almost said "ground along") month by month, I have found a question taking shape in my mind: What is it, then, that underlies this disparity of views on what have heretofore been assumed to be moral fixities, in a conclave of presumptively Christian scholars?

Thomas Howard taught for many years at St. John's Seminary College, the Roman Catholic seminary of the archdiocese of Boston. Among his many works are the books Christ the Tiger, Evangelical Is Not Enough, Lead Kindly Light, On Being Catholic, and The Secret of New York Revealed, and a videotape series of 13 lectures on "The Treasures of Catholicism" (all from Ignatius Press).