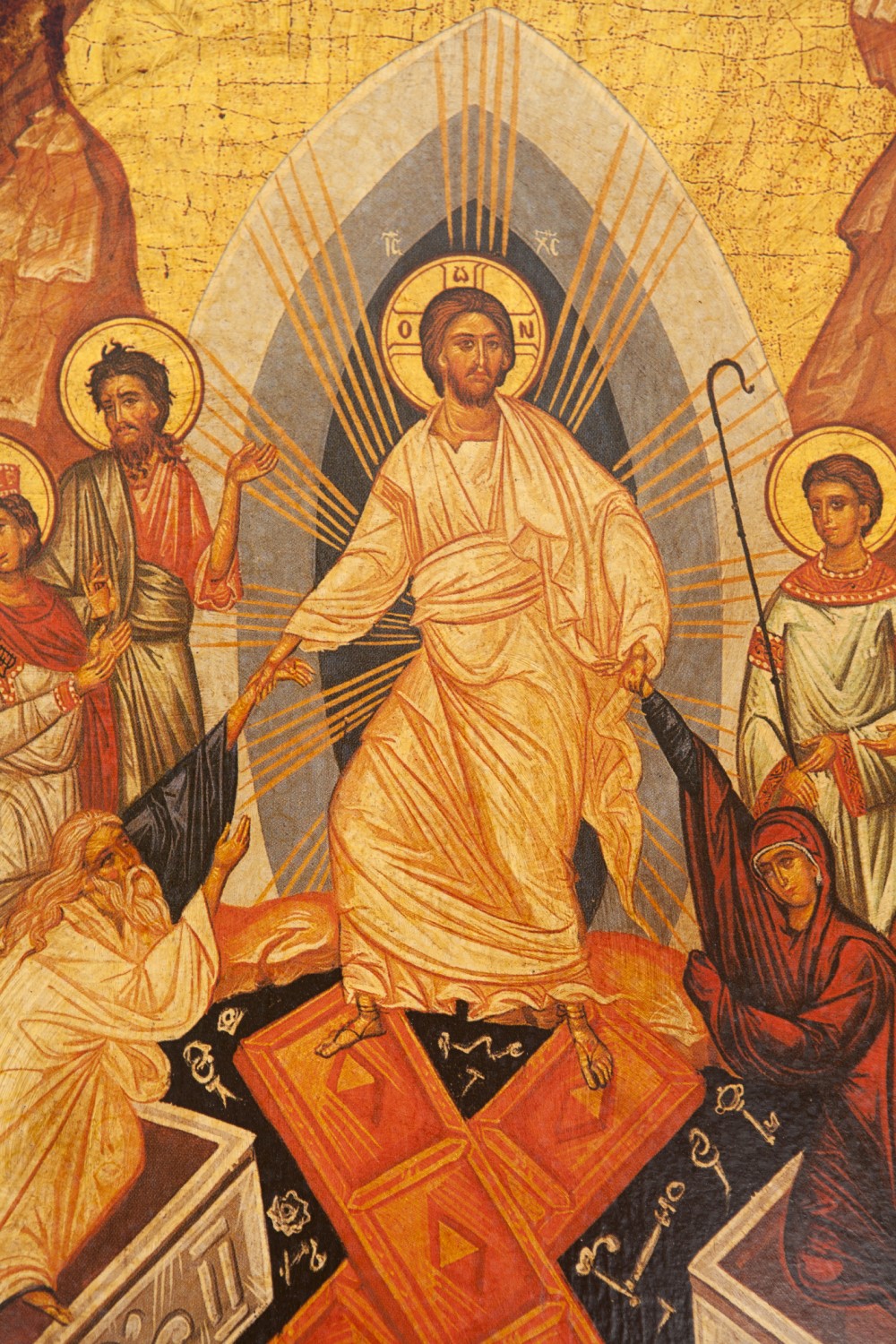 The Son Risen with Healing by Patrick Henry Reardon

The Son Risen with Healing

From the beginning of Christian history, the feast of Easter (called by the biblical word Pascha in most languages spoken by Christians) has been the most important in the liturgical calendar of the Church. Simultaneously ending the season of Lent and inaugurating the fifty days until the Holy Spirit’s descent at Pentecost, this feast of the Lord’s Resurrection is what chiefly gives structure to the liturgical year as a whole. That is to say, Easter occupies in the Christian calendar that unifying and culminating place that the mystery of the Resurrection holds in Christian theology. The Apostle Paul indicated that place when he wrote, “if Christ is not risen, your faith is futile; you are still in your sins!” (1 Cor. 15:17). Everything in the Christian year hangs on Easter, because everything in the Christian Church depends on the Resurrection.

Because it is so central and unitive in the faith, it is not surprising that the Lord’s Resurrection is the object of deep reflection in all parts of theology. There are various theological aspects of Easter on which it seems appropriate to meditate explicitly at this season of the year. Without too much attention to the logic of their sequence, perhaps we may reflect on a few of these, limiting our consideration to Christology, soteriology, apologetics, anthropology, history, and psychology. Finally, in order to reflect further on the Church’s experience of the risen Christ present in her midst, we will conclude by considering the forty days during which he lingered on earth prior to his Ascension into heaven.

First, the Resurrection is the core substance of the “good news.” It is not just one of the things that Christians believe, but the heart and kernel of the evangelion. For this reason, as we have seen, the earliest, shortest version of the Creed asserted simply, “Jesus is Lord,” an assertion explained in the first apostolic sermon: “This Jesus God has raised up, of which we are all witnesses. . . . Therefore let all the house of Israel know assuredly that God has made this Jesus, whom you crucified, both Lord and Christ” (Acts 2:32,36).

The Apostle Paul, in his sermon at the synagogue at Antioch in Pisidia, proclaimed the same gospel of the Resurrection: “And we declare to you glad tidings ( evangelion)—that promise which was made to the fathers. God has fulfilled this for us their children, in that he has raised up Jesus” (Acts 13:32–33). The Resurrection is the gospel.

Hence, “Christ is risen” is just another way of affirming, “Jesus is Lord.” His lordship and his resurrection are synonymous, forming the fundamental thesis of the faith, through the confession of which we are saved. “If you confess with your mouth,” wrote Paul, “that Jesus is Lord and believe in your heart that God has raised him from the dead, you will be saved” (Rom. 10:9). These two salvific assertions—Jesus is Lord, and God raised him—are substantially identical.

It is by virtue of Jesus’ resurrection, the apostles went on to say, that we are justified. In fact, the first time the noun “justification” ( dikaiosis) appears in the New Testament, Paul proclaims that Jesus “was raised because of our justification” (Rom. 4:25). He had earlier written, “For if the dead do not rise, then Christ is not risen. And if Christ is not risen, your faith is futile; you are still in your sins!” (1 Cor. 15:16–17). Very simply, no Resurrection, no justification.

It is through Jesus’ resurrection, moreover, that we are begotten as children of God. St. Peter wrote, “Blessed be the God and Father of our Lord Jesus Christ, who according to his abundant mercy has begotten us again to a living hope through the resurrection of Jesus Christ from the dead” (1 Peter 1:3). No Resurrection, then, no salvation.

Second, the Resurrection is the key to the identity of Jesus, because it is by his resurrection that he is constituted as God’s Son. This is not a denial of his eternal sonship in the bosom of the Father, nor a rejection of the doctrine of the hypostatic Incarnation. This thesis of Sonship-by-Resurrection has nothing to do with “adoptionism.” It affirms, rather, that the redemptive sonship of God’s eternal Son, the very man Jesus, includes his perfection through death and the resurrection from the dead. Thus, St. Paul wrote of “Jesus Christ our Lord, who was born of the seed of David according to the flesh, and established [ horisthentos] as the Son of God with power according to the Spirit of holiness, by the resurrection from the dead” (Rom. 1:3–4). This statement concerning Christ’s sonship does not refer to his eternal generation by the Father, nor does it mean simply the Incarnation. It is specifically a reference to the Lord’s resurrection from the dead.