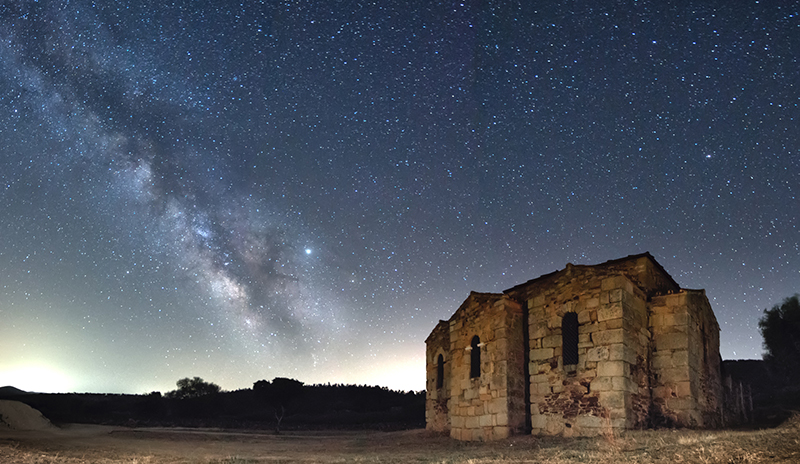 The Pope, the Cardinal, the Jesuit & the Evolving Debate About Origins

It makes no obvious difference to our salvation whether the geometry of our universe is Euclidian, whether quantum mechanics is the last word in atomic physics, or whether the Big Bang is the correct model for the development of the universe. These theories witness to the power of the human intellect, but few would claim that they bear on questions of faith and morals.

Evolution, on the other hand, says something about the origin of man, and in this way can, at least in theory, conflict with religious dogma. And so, although the Catholic Church seldom speaks about scientific theories, from time to time it breaks the silence to address the question of biological evolution. It does so when it perceives that some Catholics accept as true a scientific theory that denies some important Christian teaching about man and his origins.

Darwinism has famously become just such an alternative creation account. Both the classical theory and the enhanced neo-Darwinist synthesis (which includes genetics, statistics, and molecular biology) claim that apparent design can result from blind forces. Although some Darwinists and neo-Darwinists might protest that their scheme does not banish God from the picture, most are, whether they know it or not, crass materialists.

Both (the distinction does not make a difference at this point) assert a materialistic explanation for the realities that Christians know as the creation and the fall. They assume that human intelligence, will, and even morality can be fully explained in terms of material causes. Their theory provides its own explanation of why man is violent and lustful, and it understands death as part of the process that created us.

The church does not pretend to give scientific answers to biological questions. But it does point out that some Darwinist claims are mere materialist metaphysics pretending to be science, because it knows that were it to remain silent on a truth—the nature of man—that has been entrusted to it by God, that truth would soon disappear, only to be replaced by the ever-changing dogmas of a materialist science.

Even so, the Catholic Church has been surprisingly sparing in its pronouncements on the subject, given that Darwin’s theory has been used to underpin some fairly disastrous worldviews, such as Nazism and communism. The church has never been very comfortable with the theory, but, perhaps fearing bad press of the kind that arose from its condemnation of Galileo, has usually preferred to deal with theologians who were enthusiastic about evolution in more discreet ways than by magisterial interventions.

But it has made some exceptions. The first was a short section of the encyclical Humani Generis (1950), in which Pope Pius XII gave Catholic theologians and scientists permission to consider the possibility that the human body evolved from pre-existing life forms, provided that such people were open to all the evidence, pro and con.

At the same time, the pope insisted that each and every human soul was immediately created by God. Evolution may or may not explain the origin of the body, but it certainly could not explain the soul.

more on evolution from the online archives