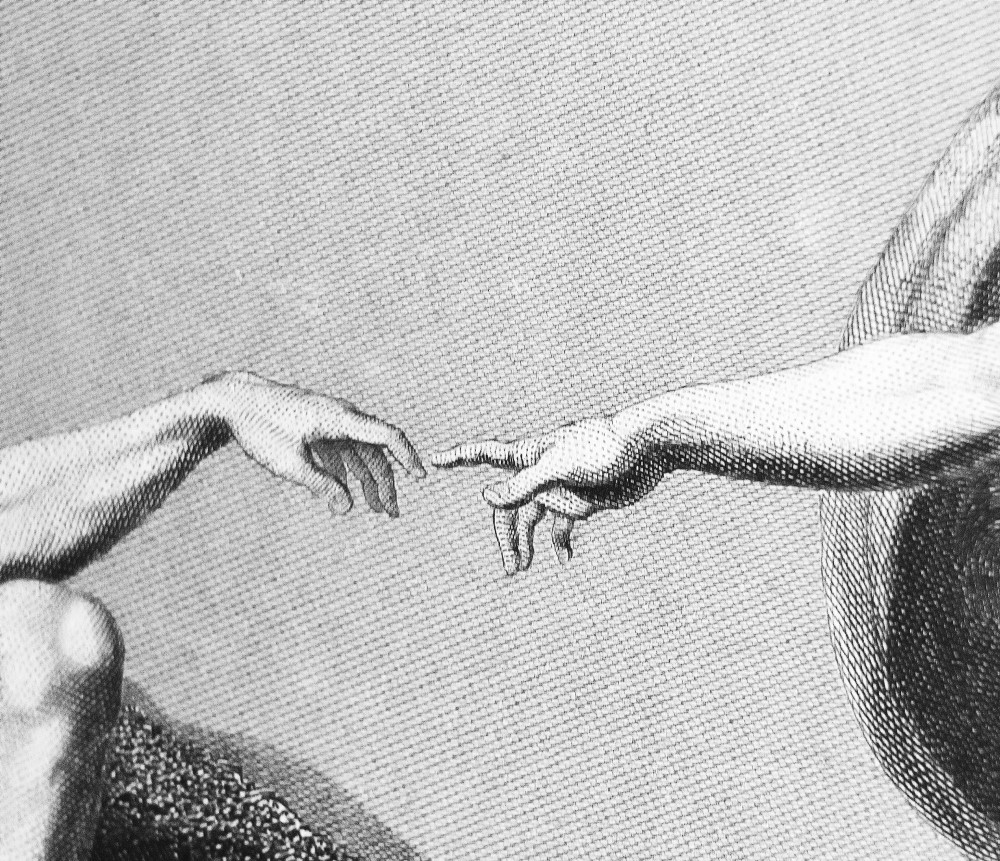 Is <body> <title>Creator of Heaven & Earth by Richard S. Hess

In the beginning God created the heavens and the earth.
—Genesis 1:1

The confession of God as creator of everything is the first sentence of the Holy Scriptures and the first article of the Creed. It has first place in both the Bible and the faith of the Church. Yet, what relevance does such a confession have in our world? The answer becomes evident when we examine the popular world views which direct so many lives. The goods and luxuries of this life have become virtually the chief concern of many moderns. Materialism is a pervading philosophy of our day, affecting the way in which even Christians live. The focus is upon the created things of this world, their use and acquisition. It is difficult for many to get beyond this. Our world is one in which the vision of a good greater than the immediate satisfaction of wants is lost in the bombardment of advertisements, calling us to desire, love and long for the goods of the world themselves. So we forget to look beyond the objects to the source of all created good. Our hopes and lives are given to the transient. The meaning and value of creation as understood in the Creator is lost in the dulling passion to possess and to use.

Ours is a society which has lost an understanding of its source. And without an awareness of the source from which we come and who we are because of it, we lose an understanding of destiny and purpose. This tears away our basic values regarding the importance of human life and the fundamentally religious nature of profound moral and ethical questions. Given the immense powers of our growing technology, we lack the moral insight and courage to use them in a way which would be of maximum benefit to the human race. Instead, we face the specter of self-annihilation. Mankind cries out, “Who am I?” and, more profoundly, “Why am I?” The Christian faith has set forth answers which are rooted in the scriptural idea of God as the Creator of all. The confession is simple; the meaning and implications are profound.

We will examine four aspects to the statement, God created the world. First, there is the emphasis upon the God who did the creating. One God did the creating and thus this world was created by a single will. Creation is not the result of chance or an afterthought, as some ancient Near Eastern myths taught. They saw the world emerging as the result of battles among their gods or to provide extra labor so that the gods would not need to work so much. Modern materialist views explain the world as coming about as a result of the chance meeting of various forces in the universe. However, this is not the Christian view. This world reflects a single purpose in all its creation. There is thus a meaning to the universe. This provides a basis for assigning value to the created order, and for a positive emphasis on the ecology of our world and especially human life. Thus humanity can order its life together in society and in family in such a way as to reflect God’s will.

Secondly, as a corollary to the confession of creation by God, we are taught that this one God may be described as good. Read through Genesis chapter one and you will discover how many times God is concerned to call the creative work He has just finished, “good.” At the end of sixth day, with the creation of man and woman, God designates His work as “very good.” This phrase also reflects something of the nature of God. The creation is “very good” in that it is complete in its reflection of God’s will. This includes the sense of order in the universe as a whole, but it also includes the nature of God’s commitment to and continuing interest in the world He has created. Throughout the history of God’s people, its prophets and teachers have seen in the created order the impress of the good God, a stamp which remains. Despite the vicissitudes of history or the changes of individual, family, or national fortunes, God has brought the world into existence out of His good will and for His good purpose, and He will see it successfully to the end. It is this promise which gives God’s people a hope in the midst of what sometimes seem hopeless circumstances of life. His good purpose also guarantees the Church’s end, who, as God’s new creation, extends the will of God (i.e., in the kingdom of God) in the world, returning the creation to the order which God originally willed.

Thirdly, we consider the act of creating itself. This is an act which has no parallel in our experience or imagination; for at the beginning of space and time, indeed, before the existence of space and time, God acted. Creation is the process by which God brought being out of nonbeing. Though this is something completely outside the experience of any creature, it has significance beyond metaphysical speculation. God’s act of creation from nothing excludes the possibility of any other will or force being “mixed in.” The world is not the result of two sources, God and some uncreated substance. It is solely the result of God’s creative will. There is therefore no dualism, no struggle of good against evil in which the outcome is uncertain. God is in final control of the universe. There is thus no escape from God, no way to turn anything into an adequate weapon to oppose Him. His will alone is the source of all that is.

On the other hand, materialism seeks value in creation apart from God. It overlooks the dependence of all things upon their Creator. It attributes a worth to the dependent thing which is due solely to the Creator, source of all. It is thus rightly called idolatry and condemned. When the world is viewed separately from its Creator, the values in it are distorted and the attempt to control and use it can become a means of obscuring the purposes for which God originally created you. Modern man, in seeking to possess and gain control of the material world, has in fact become enslaved to it.

This leads us to a fourth aspect of the confession. Here the emphasis falls upon the world which God created. Although He used no preexisting matter in His work of creation, neither did God use any part of Himself to create the world. God is “separate” from the world which He created. He is in no way dependent upon the world, but rather is transcendent from it. God does not require the world for His existence, although the world has and continues to require God for its existence.

Perhaps the most significant aspect of this “separation” of God from His world is the possibility of a truly free will in humans. Fundamental in Christian theology to the meaning of personhood (created in the image of God—Genesis 1:27) is the ability to make free moral and spiritual decisions. The human is therefore able to make decisions and to take the responsibility for them. The person is not a collection of impersonal forces which chance has somehow raised to the level of consciousness and endued with the illusion of free will. Nor is the person somehow secretly controlled by God. The ability to make free moral choices lies at the heart of what it means to be human. And God can and has created moral freedom. He has limited Himself by refusing to enter uninvited into the inner recesses of the human soul. We may choose or reject the Creator from whom and for whom we were made. This choice is the starting point of all true faith.

Genesis 1:1 then may be seen as a confessional statement. It is faith in God as Creator of heaven and earth which provides the necessary basis for understanding our worth and role in relationship to God and to the Church of which we are a part. The Creation account of the opening chapters of the Holy Scriptures is not intended to serve the interests of science, history, or any other discipline; it is rather meant to form the basic level of understanding upon which faith can move. This is not to deny the truthfulness of Scripture where it touches upon matters of science and history; rather it is to assert the priority of faith to any other consideration.