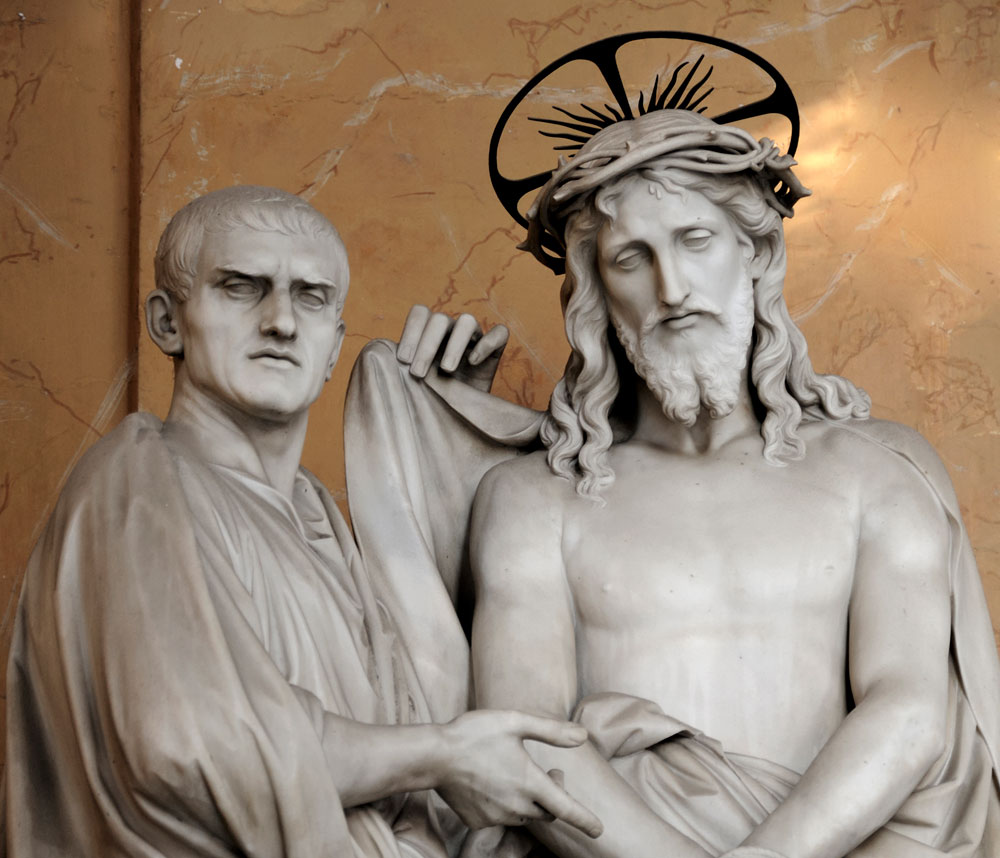 On a spring Good Friday morning nearly two thousand years ago, Jesus Christ told a representative of the powerful Roman government that his kingdom was not of this world, and that he had been born to “bear witness unto the truth.” Pilate responded, “What is truth?” The skeptical and relativist Pilate earned himself a permanent place on the lips of Christians ever since: “Suffered under Pontius Pilate” reads the Apostles’ Creed; “Crucified under Pontius Pilate” reads the Nicene Creed. His politically expedient judgment resulted in the shedding of the Blood of the Innocent One. A day has not gone by in two thousand years when his name, and his dishonor, have not been publicly remembered.

Today, all those having public authority must answer the same question. If they do not, or if they answer it as Pilate did, they will, like him, conduct public affairs as if expedience were the only measure. And, like him, they will be responsible for shedding innocent blood. The blood they shed will be Jesus’ blood, for he said, “As you do unto the least of these, you do unto me.”

Today we are witnessing politicians who claim to be followers of Christ acquiescing in the destruction of millions of human lives through abortion. They vote as if to say, “What is truth?” They say they are “personally opposed” but will not “impose” their “private views” upon others. At the same time, every Sunday, after remembering Pilate’s crime in the words of the Creed, they take upon their lips the Body and Blood of the One whom Pilate had crucified that Good Friday.

Pilate washed his hands after sentencing Jesus Christ to say that he had no responsibility for his death. It was all politics. It needed to be done. Sacrificing the occasional innocent man was what a governor had to do to maintain Roman rule and public order. What is truth, after all, that riots and rebellion should be risked just to save an innocent man?

But no amount of question begging, political posturing, or philosophizing can wash away the bloodstains on the hands of those who support abortion; only the tears of repentance and the waters of baptism can do that. And for those already baptized, only fresh tears of repentance.