**During this final fundraiser of our 2019/2020 fiscal year, we have asked editors and contributors to say a few words about Touchstone as we ask our readers to consider making a donation so that we can keep doing what we do.**

from the desk of J. Douglas Johnson 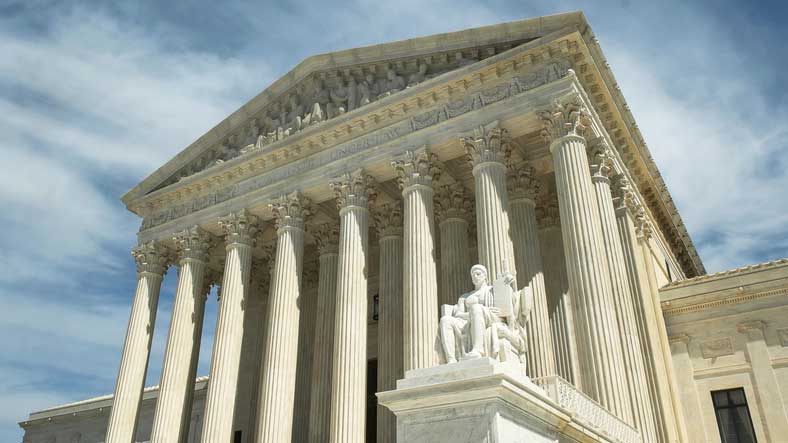 This week the Supreme Court did not rule against Harris funeral home for having different dress codes for men and women. Rather, the court ruled that when Harris fired a male employee for his stated intent to wear a dress to work, this constituted sex discrimination under Title VII of the Civil Rights Act of 1964. This is utter nonsense.

Justice Neil Gorsuch, a Trump appointee, wrote the decision and was joined by Chief Justice John Roberts, a George W. Bush appointee, along with all the justices on the left wing of court. Justice Clarence Thomas, Samuel Alito, and Brett Kavanaugh dissented.

David French, a former staff writer for the right-of-center National Review magazine leapt to Neil Gorsuch's defense, arguing that Justice Gorsuch utilized a "textualist" interpretation of the law that was consistent with his conservative legal approach throughout his career.

As I understand it, a legal textualist adheres to the plain meaning of words. Well consider the following sentence that appears at the beginning of Justice Gorsuch's opinion in this case:

"When she got the job, Ms. Stephens presented as a male."

The plain meaning of the sentence above is that Ms. Stephens is a woman who had cross-dressed as a man at the time she was hired. But that's not what happened. What really happened is that "Mr. Stephens was dressed as a man at the time he was hired by the funeral home." So why didn't Neil Gorsuch simply write that? Why did Neil Gorsuch construe the U.S. Constitution to regard Stephens, a biological male, as a woman?

Many political conservatives have long held that conservative ideas can survive without any particular grounding in the Truth of God's creation. This week's Orwellian Supreme Court decision demonstrates, yet again, the folly of this idea.

Touchstone articulates conservative ideas exclusively through the lens of Scripture and the traditions of orthodox Protestants, Catholics, and Eastern Orthodox alike. We understand that a conservatism without Christianity is utter darkness.

I am happy to report that our ranks of new subscribers are growing fast, but we need your donations to continue our work. Please consider making a $100 donation during this final fundraising campaign of our fiscal year.